6 in 10 millennials say housing affordability should be a top priority for the federal government. And not just in hotspots like Ontario and BC. Majorities in every province except Quebec rated affordable housing as a top or very high priority for decision makers in Ottawa to focus on, according to a 2018 poll by Abacus. 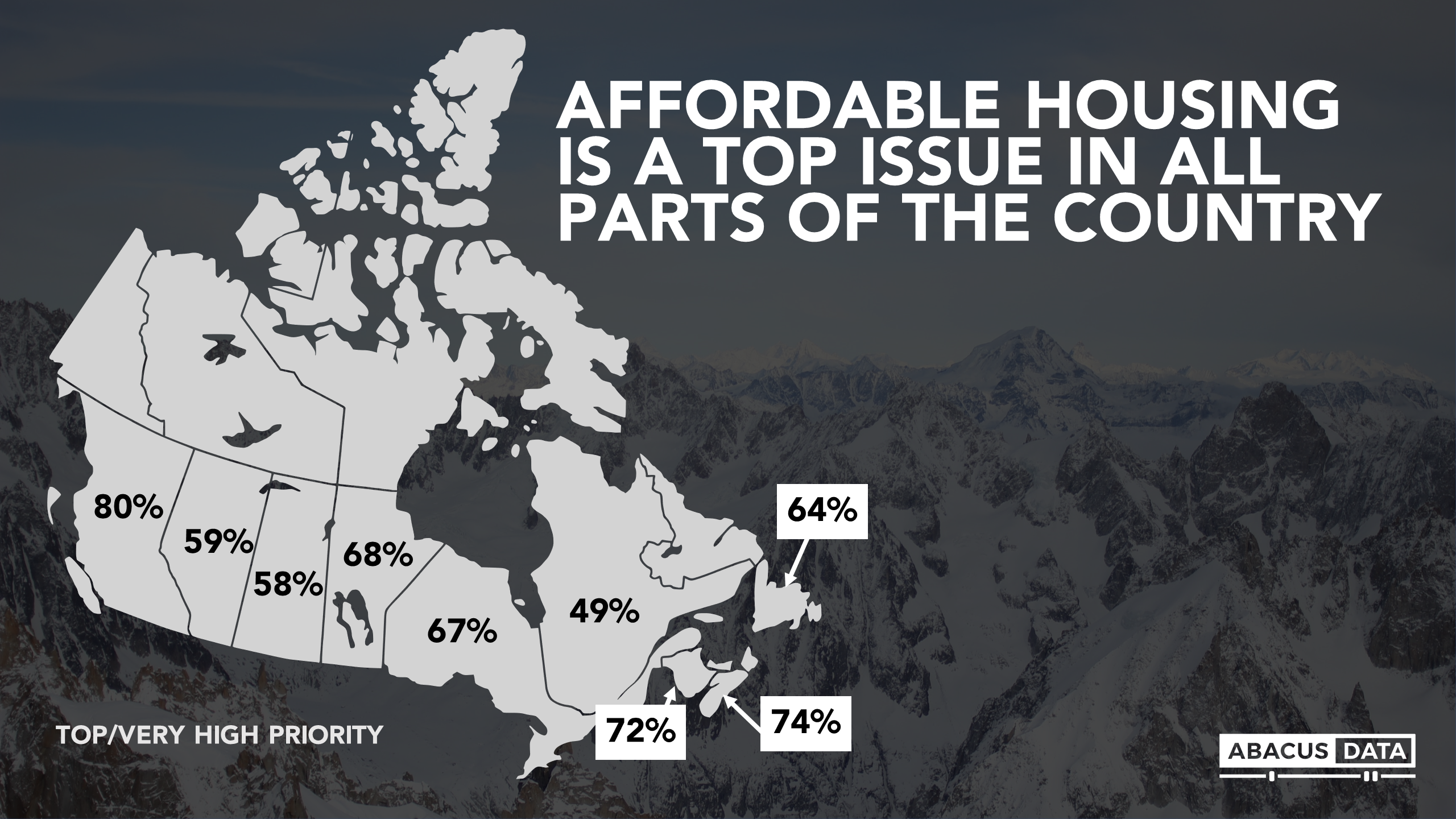 Sky-high home prices tend to dominate headlines. But renting ain’t the cheaper alternative it used to be.

Nearly one-quarter of renters under 30 spend at least half of their income on rent, according to rental data released this week. This is being described as a “crisis level of spending”! (Single moms, Indigenous renters, new immigrants and seniors are also being hit hard.)

But it’s actually worse than this. Experts agree that even spending more than one-third of your income on housing, whether you rent or own, is unaffordable. At that threshold, at least 4 in 10 renters under 30 are paying more than they can afford for housing. 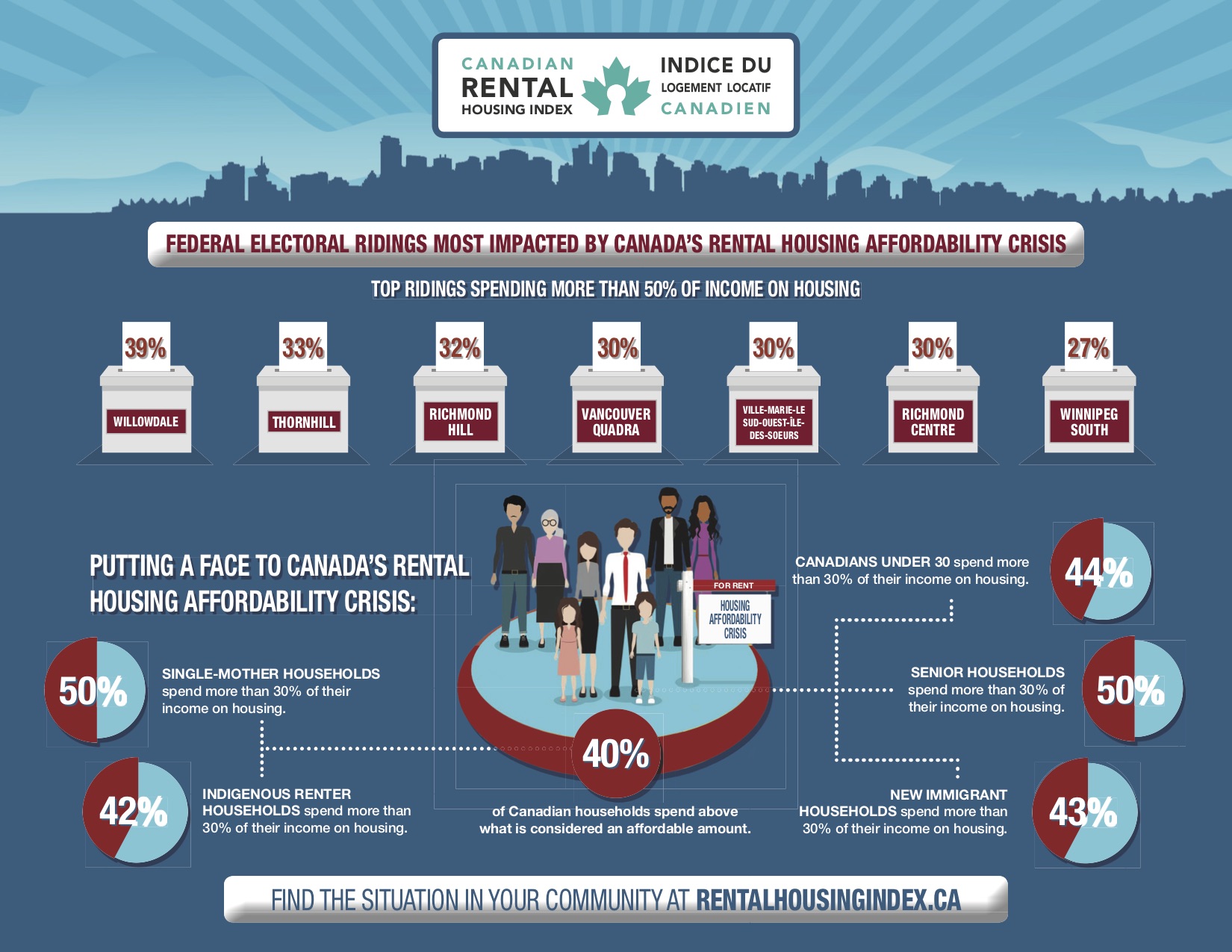 3. Waiting 29 years to save a downpayment also sucks...but kinda makes sense when you’re spending all that money on rent

(Check out Gen Squeeze’s Straddling the Gap report to see how long it takes to save for a downpayment in your city.)

4. There’s light on the horizon (even if the days are getting shorter)

Places like Vancouver and Toronto have shown how regulations (which are developed and enforced by governments, as in the people we vote for!) can help manage runaway housing markets.

The federal government has an important role to play in making some of these place-based approaches universal, such as a nation-wide speculation tax that penalizes excessive speculation and flipping. An even bigger move would be to recognize Homes First as a guiding federal policy principle to help us achieve the goal of ensuring all Canadians can afford a good home by 2030. (*mic drop:keep reading*)

5. A gameplan to make sure ALL Canadians can afford a good home by 2030 *actually* exists

It includes dialing down harmful housing demand, dialing up the right kind of supply, and being smarter about how we tax housing wealth (as well as income). Some people have said it’s the first time they’ve seen a plan like it!

A key aspect of the gameplan – and our four recommendations to all parties this election – is the Homes First principle. In a sentence, this means treating housing a place to call home instead of a way to get rich. (Or read the long definition.) 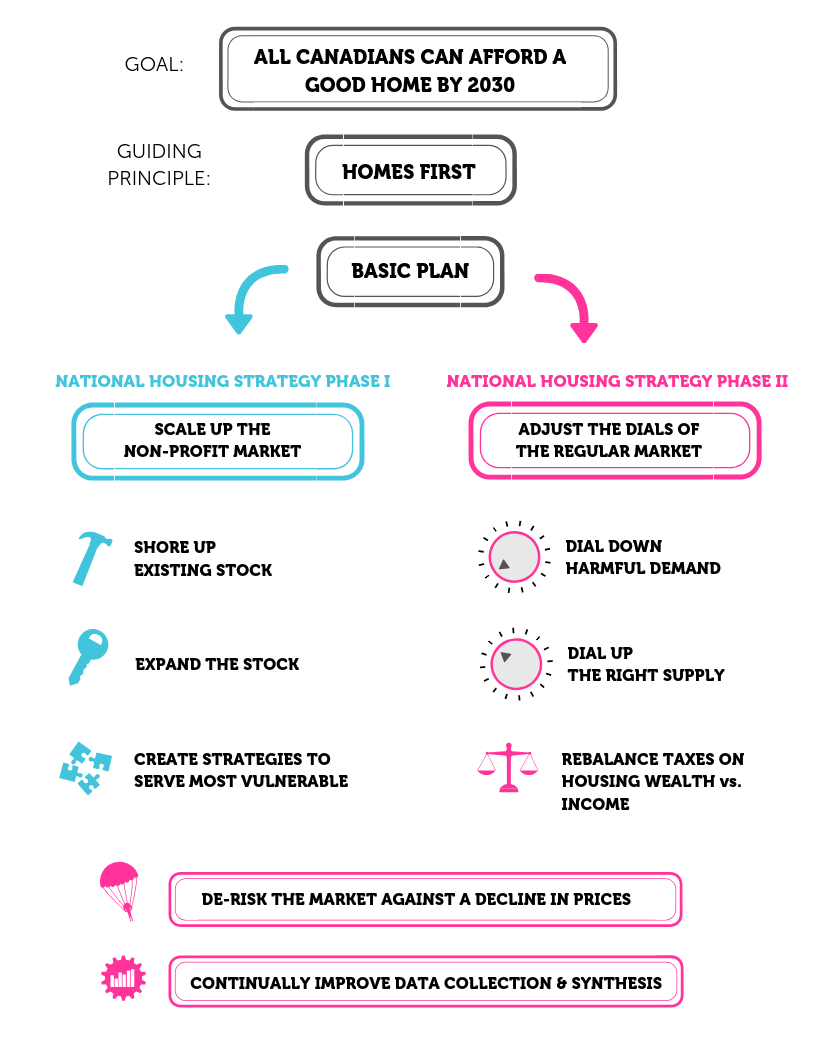 6. Politicians say they want to do something, but may not know what

Gen Squeeze often gets calls from decision makers asking for our ideas on how to solve the housing affordability crisis. And we have answers! (see point 5) We’ve been lobbying governments on housing affordability for several years and think elected officials are equipped to take real action to tackle this beast. If we show them how, and insist on nothing short of real solutions.

Speaking of which, have you signed our Affordability for All petition yet?

Young people are THE “it” girls/boys/neither/prefer not to say of this election. Everyone is talking about how hot the millennial vote could be if Canadians under the age of 40 hit the booths in earnest. In op-eds penned by the leaders of the Greens, Conservatives, NDP and Liberals, each one focuses on the importance of helping young people and families thrive in a context where the cost of housing (and climate change) is out of control.

Which is to say, we have our hopeful candidates’ attention. Let’s do something smart with it.

Sutton is the Co-Executive Director of Gen Squeeze. She works to build the Gen Squeeze base, tell stories about our issues and impact, and secure resources to keep up the hustle.
housing, fedelxn19
7 reasons housing affordability matters this election
7 reasons housing affordability matters this election
Check out Generation Squeeze. I just joined.
Read the blog at Generation Squeeze 2
News & Resources