Alberta struggles with most generationally unfair budget in Canada

Alberta struggles with most generationally unfair budget in Canada 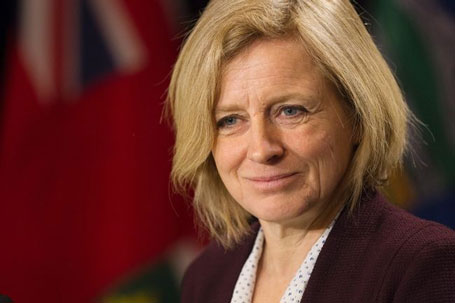 We need Canada to work for all generations.  Politics shouldn’t pit grandparents against grandchildren.

So it’s frustrating that Alberta fosters generational tension in its budgets.  Despite the recent change in government, Alberta perpetuates in 2016 its well-established tradition of producing the most generationally unfair budget in Canada

It does so by proposing the biggest gap in social spending between citizens age 65-plus and those under age 45 that you will find anywhere in the country.

Here are the facts:  The bulk of Alberta’s 2016 spending will be delivered through medical care ($20.4-billion), grade school ($7.9-billion), postsecondary and job training ($5.9-billion), and other services for families, seniors, persons with disabilities, and communities ($5.0-billion).  Of this money, approximately $19,000 is budgeted for each of the half-million Albertans age 65-plus.  By contrast, the budget spends around $8,000 for each of the 2.7-million Albertans under 45.

The result is an $11,000 spending gap between an Alberta retiree and younger citizen.  That gap is twice as big as the one in Ontario, and nearly 3-times larger than in BC.  (And all provincial gaps are made larger by federal spending on old age security).

Alberta’s big gap signals limited urgency to ease the squeeze for time and money that younger citizens now face compared to a generation ago.  The typical 25-to-34-year-old earns little more for full-time work than did the same age person in 1976, despite devoting years more to postsecondary, and facing far higher housing prices after inflation.

Some may report the ongoing tuition freeze is a win for younger citizens, along with the Alberta Child Benefit, and the Enhanced Family Employment Tax Credit.  These are important policies.  But they do little to influence the overall age distribution in Alberta spending.

When initially taking office, Finance Minister Ceci bragged he would keep Alberta a big spender on health care.  The province spends a few hundred more per person age 1 to 14 than the national average; $500 to $750 more per person age 15 to 55; and then thousands more per older Albertan.

Thankfully, the finance minister no longer brags this way.  Because spending more on medical care is not worth gloating about when you don’t buy better outcomes.  According to CIHI, Alberta scores below the national average for avoidable admissions due to chronic lung infections and diabetes.  Alberta has worse than average results for breast cancer survival, colorectal cancer survival and heart disease mortality.  Alberta even falls below average for life expectancy and infant mortality!

These findings suggest that Alberta is wasting money on medical care compared to other provinces.

The size of the opportunity to spend more wisely might shock you.  Even if Alberta reduced its medical spending by 25 per cent (that’s $5-billion dollars, or half this year’s deficit), it would still spend over $1,500 more per senior than in Ontario or BC.  Since these provinces report as good or better health outcomes than Alberta, there is every reason to believe that Albertans can achieve today’s health outcomes while spending substantially less on medical care.

Why is this important?  Because reallocating ineffective medical spending could pay for programs that will promote the population’s health or achieve other benefits, including: a $10/day child care system, better parental leave, sustaining the post-secondary tuition freeze, doubling the province’s budget for the environment, and reducing the deficit.

This means the NDP is right to slow down the tradition of 6-per-cent annual increases to medical care left by the Conservatives.  But if the government were really disciplined, it would talk about spending smarter on health care, before spending more.

Happily, there is evidence that Premier Notley is willing to tackle big, potentially unpopular, issues. By expanding efforts to price pollution, her government may slow the pace at which Alberta’s unfair generational spending gap will be paid for by leaving younger Canadians with a riskier climate and dirtier air, water and soil.

As she addresses this intergenerational problem, there is hope the premier may yet tackle her government’s unfair spending gap as well.