B.C. Builds Billion Surplus by Spending Little on Young
Why do we prioritize young citizens less?
By Ryan Vandecasteyen 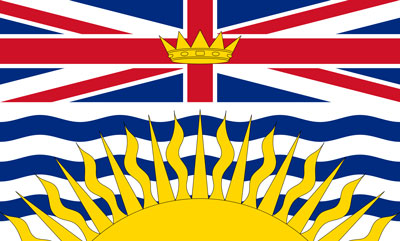 As the 2014 fiscal year ends, the BC government estimates that it will bank a $979 million surplus. Flush with cash, the government has decided to cut revenue by $139 million in 2015 by reducing taxes for British Columbians earning over $150,000. In addition to this tax cut, the province will add $498 million in spending (all numbers adjusted for inflation).

Medical care will get $220 million. This is the biggest piece of the new spending pie… again. The 2015 budget carries on a long tradition of growing total medical care spending with little public dialogue about the pros and cons of this new spending, nor how to maximize the bang for the buck by investing in health promotion, or seniors care outside of hospitals.

Before readers assume that retirees are doing fantastically well, it is important to recognize that the proportion of the population over age 65 will increase again this year, and that medical care costs increase at this life stage. As a result, the extra $361 allocated to each retiree simply covers most of these expected cost increases – nothing new.

Still, as a province, we need to start talking about why we think younger British Columbians deserve just 16 per cent of the new per capita spending allocated to retirees. Why do we prioritize young citizens less, especially when the data show that they are age group for whom full-time earnings have fallen most substantially compared to a generation ago, and for whom today’s high housing prices pose the biggest challenges.

I guess younger British Columbians could count themselves lucky for getting any increase this year. Last year, per capita spending was cut for the group under age 45.
Cuts would have continued this year had it not been for the launch of the new BC early childhood tax benefit at a cost of $148 million. While this dollar value is notable within the 2015 budget, it adds up to less than one month of child care fees for families with kids under age six. This remains insufficient, since child care costs more than university tuition.

Given that the provincial government is projecting another half billion dollar surplus in 2015 on top of the tax cut for high income earners, one could excuse younger Canadians for wondering why they deserve only 16 per cent of the new spending made available to retirees? Especially since $700 million surpluses are projected for the next two years.

Why not use some of the surpluses or the tax cut to raise new spending on younger Canadians so that it matches that allocated to those over 65? These funds could be invested in policies to support younger British Columbians to afford a family, pay down student debts, save for a home, plan for retirement, and do all this while leaving at least as much environmentally as we inherited.

Instead, the province seems content to pay for the medical care of grandparents by not paying for the child care for their kids and grandchildren. Similarly, the province seems content to pay for tax cuts for the affluent by investing little in education.
BC can and should work for all generations. But this provincial budget reminds us that BC is unlikely to do so until younger citizens organize to increase our influence in the world of politics. The Canadian Association of Retired Persons (CARP) has been lobbying for decades on behalf of Canadians age 50+, doing good work to protect health care and old age security for people like my mom and grandmother. It’s time now for younger Canadians to follow suit. To build the most overdue lobby in the country – one for Canadians in their 40s and younger.

That is what Generation Squeeze is now building from coast to coast. We aim to safeguard the old age security and medical care for our aging population while ensuring that governments adapt policy with the same urgency for younger generations. Happily, our hopeful vision for Canada is galvanizing the energy of young and old alike.