Squeeze Story: Andrea Stucchi
Are homes and babies now luxury items available only to the rich?
By Ryan Vande 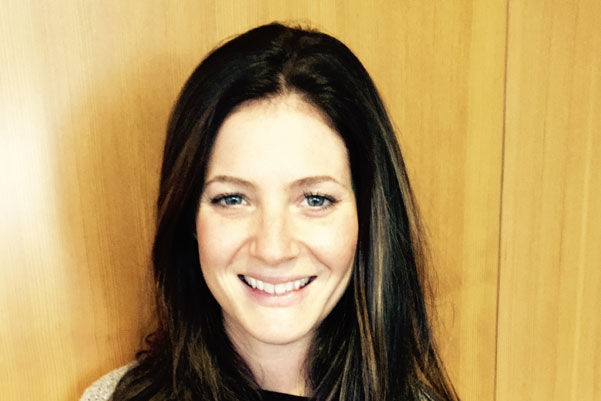 As a young girl I did not daydream about white, picket-fenced houses or the perfect children that typically go along with them. I spent my formative years fantasizing about travelling the world, before starting a career as forensic scientist turned lawyer, who ran a bakery in her spare time (a modest dream, I know).

It is not that I did not want a family someday; I suppose it was just something I thought would magically happen in amongst all my career plans.

So I was not surprised that at the age of 29 children were not yet a part of my life.  My husband and I were both too busy trying to establish our respective careers, pay down lingering student loan debts and afford a burdensome mortgage payment on our 690 square-foot Vancouver condo. Besides that, where would we even put a baby? We already slept in our kitchen and our living room doubled as a dinning room/bike storage area most days.And, because all of our friends were in the same boat, working hard just to figure out how to afford living in Vancouver let alone starting a family, having children seemed a distant goal that we were all waiting to tackle when we were further ahead.

Nearly three years and many discussions later, my husband and I have decided we aren’t ready to give up hope of having a family, the same hope so many of our friends continue to debate and delay, because young generations cannot see how they will ever afford to raise children today.  While we often joke that our baby will have to sleep in the closet, and that friends will stop coming for dinner once they realize our dining room table is also the diaper change station, the truth is we are saddened by the thought that we may never be able to provide our kids with the same kind of up-bringing our parents provided for us.  That is, unless something changes.

I came across Generation Squeeze when first looking into graduate schools, and was immediately interested in its focus on intergenerational equity.  It was only when I was forced to think about starting a family myself however, that I truly recognized the importance of a lobby advocating for the needs of younger generations.

I, like most of my age cohort, had been postponing plans for a family until I was capable of affording a home that would be a comfortable, healthy space for children to grow up.  I, like many of my friends, put off having children into my 30s because I wanted to have my student loans paid off, and the security of a well-paying job with good benefits first, like my parents had.

These goals seemed reasonable when I was in my 20s and still thought I had all the time in the world, but a decade later, it feels like younger generations are stuck in an impossible situation where having a family has become in and of itself a luxury, one that many young couples cannot afford.

And while some people may say that it is a choice and that having children has always come at a cost, I cannot help but wonder how having a baby became our generation’s equivalent to buying an expensive car.  When we see a young couple walking down the street with a stroller, we look on in awe, wondering if someday we too will be able to afford one.

It seems to me that something is not working very well in society if having kids has become a status symbol, something so increasingly out of reach for the majority of us that we have come to believe we may not even deserve it.  When you look a little deeper, it becomes clear however that it is not our fault that having a family is so unaffordable.

Canada’s economy has nearly doubled since 1976, producing $35,000 a year more per household after adjusting for inflation, yet many young people do not feel any better off.  This is because young Canadians today earn far less on average than our parents’ generation did, yet we are twice as likely to have post-secondary education, bringing with it larger student loans debts that we must juggle while trying to afford homes that have doubled in price across Canada since our childhood.

We have tried our best to adapt to today’s social and economic climate, working longer hours to live in smaller homes, and postponing children well into our 30s and 40s, but that has not solved the problem.  We are still faced with the reality that the average home in Vancouver costs $813,000, that the first year at home with a new baby during parental leave costs the equivalent of a second mortgage payment, that subsequent child-care costs are the equivalent of yet a third mortgage payment, and that fertility costs may well become a reality for more of us if we continue to delay having children.

Is it any wonder then that young couples increasingly question whether or not having a family is within their reach?  Rather than blaming ourselves, or struggling that much harder to adapt to our impossible circumstances, we need to take action to change them.

The cost of housing is just one part of the unaffordability equation young Canadians struggle with; child-care, parental leaves, stable employment, and student loan debts are equally important, and these are issues that our government can address. Canada has a strong history of supporting our parents’ and grandparents’ generations by adapting policy to meet their needs, and I believe it can do the same for younger generations now.

I joined Generation Squeeze because I believe that if we build a powerful lobby, governments will adapt policy as urgently for younger generations as they have for our aging population.  Governments respond to those who organize and show up.  25,000 Canadians have already mobilized as members of Generation Squeeze, and we hope that many more will join, as our power is in our numbers.

Young Canadians need to start viewing ourselves as a powerful constituency, one that has the ability to demand a Canada in which we don’t have to question whether we can afford to have children.

So for the time being I plan to raise a child in a 690 square foot home, meaning our closet may very well become a nursery, but I do so with the hope that young generations will join Generation Squeeze, and that together we can use our political clout to make governments ease the time, money and service squeeze.  Through reasonable policy adaptations, I believe Canada can work for all generations.