B.C. Budget built on a fantasy for younger British Columbians
Secure a great job. Own a home. Keep more of our hard-earned money. That’s the promise of B.C. according to the current government. Problem is, that promise is becoming a fairy tale for younger generations
By Ryan Vandecasteyen 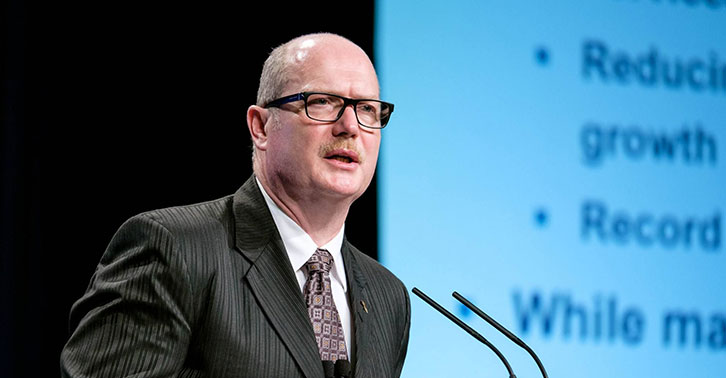 Secure a great job. Own a home. Keep more of our hard-earned money. That’s the promise of BC according to the Premier and Finance Minister. Problem is, that promise is becoming a fairy tale, since B.C. is now the worst performing economy in Canada for younger generations.


The Premier and Finance Minister will counter with evidence that B.C. has the best economic growth in the country, strong job creation, and modest public debt.

But what’s good about growth that compromises the standard of living for British Columbians in our 20s, 30s and 40s, along with our children?

Why tolerate earnings that fall more for young people in B.C. than anywhere else, while home prices surge more than elsewhere?

Sure, government likes rising home prices because the property transfer tax is a major source of additional revenue to grow health care spending for an aging population – which again received the largest increase in government spending in the 2017 budget.

By contrast, the provincial government’s approach to the economy imposes alarming amounts of personal debt on younger British Columbians compared to the national average.

In addition to high home costs, postsecondary tuition increased more in BC than in any other province since B.C. Liberals took office, and childcare now costs double university tuition.

In terms of government debt, B.C. is better than some other provinces, but not as strong as it implies. Although debt is smaller by comparison with the size of our economy, each British Columbian shoulders more provincial debt today than when the BC NDP were last in office in 2001.

All of these financial debt problems come on top of the environmental debt. While B.C. was a climate leader by introducing our carbon tax, Quebec, Ontario and PEI all report lower greenhouse gas emissions per person. There has been no reduction in B.C.’s carbon footprint since Premier Clark took office.

So as people evaluate today’s budget, it’s time to ask “Growth for what?” Let’s judge the economic plan in terms of whether it requires more, or less, work from citizens to cover our major costs of living, and whether it is sustainable. On these terms, B.C. has failed its younger citizens. Failure will continue so long as governments budget based more on fantasy than fact.

Dr. Paul Kershaw is a policy professor at the UBC School of Population Health & Founder of Generation Squeeze

Make a donation to help Ease the Squeeze