B.C. NDP wrong to claim 2017 budget ignores seniors
According to the BC NDP, one of the big problems of the 2017 Budget “is that seniors weren’t even mentioned...” In fact, that’s not at all what the budget shows.
By Ryan Vande 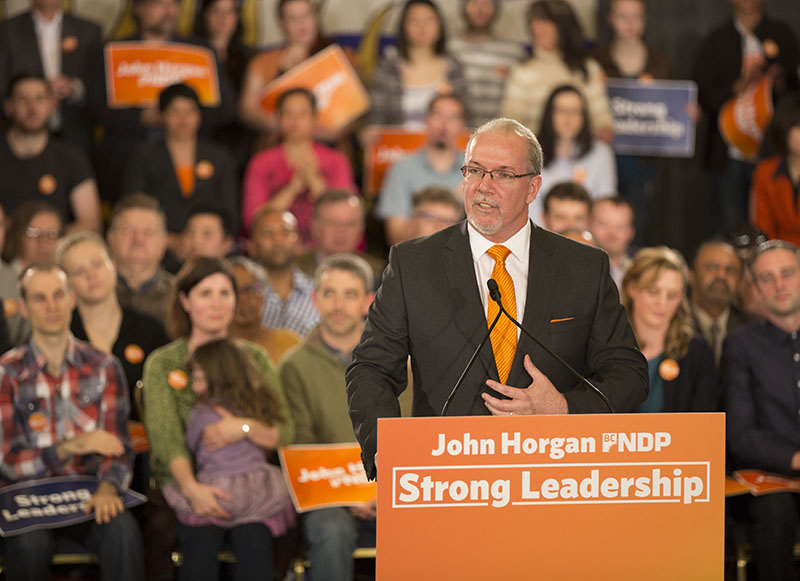 Following the B.C. Budget, the opposition NDP offered its assessment over the airwaves. Given the budget portrays a fantasy that B.C.’s economy is the best in the country, there is lots to critique.

However, one of the top concerns identified by Finance Critic Carol James reveals her party’s persistent rhetorical habit to ignore certain budget numbers. According to James, one of the big problems “is that seniors weren’t even mentioned in the budget.” Alas, that’s not at all what the budget numbers show.

This op-ed argues that seniors certainly need to be looked after, as do younger generations, and that inaccurate budget claims about the former negatively affect the latter.

After adjusting for inflation, the 2017 B.C. budget added $1.1 billion in new social spending compared to last year, while cutting about $1 billion in taxes.

Of the new spending, $555 million will be added for medical care, making it the BIG WINNER again.  Approximately, $396 million of that will go to seniors.  This spending increase for those age 65+ doesn’t even factor in the additional home care funding provided by Ottawa in a recent bilateral health accord.

On its own, the extra $396 million budgeted for seniors’ health care dwarfs investments in other areas.  For example, the B.C. government increased kindergarten-to-grade-12 spending by $170 million; postsecondary and other spending on training by $90 million; and social service spending for people with disabilities, families, seniors, social assistance, etc. by $283 million.

Yes, political parties should respond to warnings of problems in our home care system by B.C.’s seniors advocate, as Ms. James does.  But, I’m sorry B.C. NDP, it makes absolutely no sense to suggest that the 2017 provincial budget ignores seniors.

The NDP has a habit of featuring inaccurate age analyses.  A couple of federal elections ago, the federal NDP triggered an election because it wouldn’t support then Prime Minister Harper’s minority government budget on the grounds it did too little to reduce poverty among seniors. The strange thing was that seniors had (and still have) the lowest rates of low-income of any age group in the country.  Absolutely, we should reduce poverty for seniors more.  But why is the NDP not equally outraged that younger generations have higher rates of low-income status?

There’s no denying that NDP materials refer to challenges facing younger residents, including housing and child care.  However, these materials remain short on policy details and funding commitments.  There’s little concrete analysis of what the B.C. NDP will do to remedy the problem that younger residents must now work 14 years more to save a 20 per cent down payment on an average home; work months more to pay the annual mortgage; or a month more to pay annual rent.  Ms. James risks downplaying the severity of these challenges facing younger residents by implying the provincial budget is especially weak for seniors when the budget numbers show the opposite.

Maybe the NDP calculates that they need to attract more seniors to vote for them in order to win elections.  But, if that’s their strategy, it’s not likely a winner.  Premier Clark won the vote last time with an older demographic. Fumbling to explain the massive gap between polls predicting an NDP win in the last provincial election and the reality the B.C. Liberals won a larger majority, Angus Reid Public Opinion spokesperson Mario Conseco cited the NDP’s inability to excite younger British Columbians.  He reported that polls gave the NDP two-thirds of support among voters 18 to 34 years of age.  “If that young vote decides not to show up, you’re kissing goodbye to a third of your base, and that’s exactly what happened.”

It is essential for younger generations to organize and show up in the world of politics.  But one can understand their lack of commitment to major political parties when they use budget analyses to downplay the degree to which B.C. underinvests in younger generations, or gloss over facts showing our economy now rewards young people’s hard work far less than in the past.

Dr. Paul Kershaw is a policy professor in the UB.C. School of Population Health & Founder of Generation Squeeze (gensqueeze.ca).

Make a donation to help Ease the Squeeze