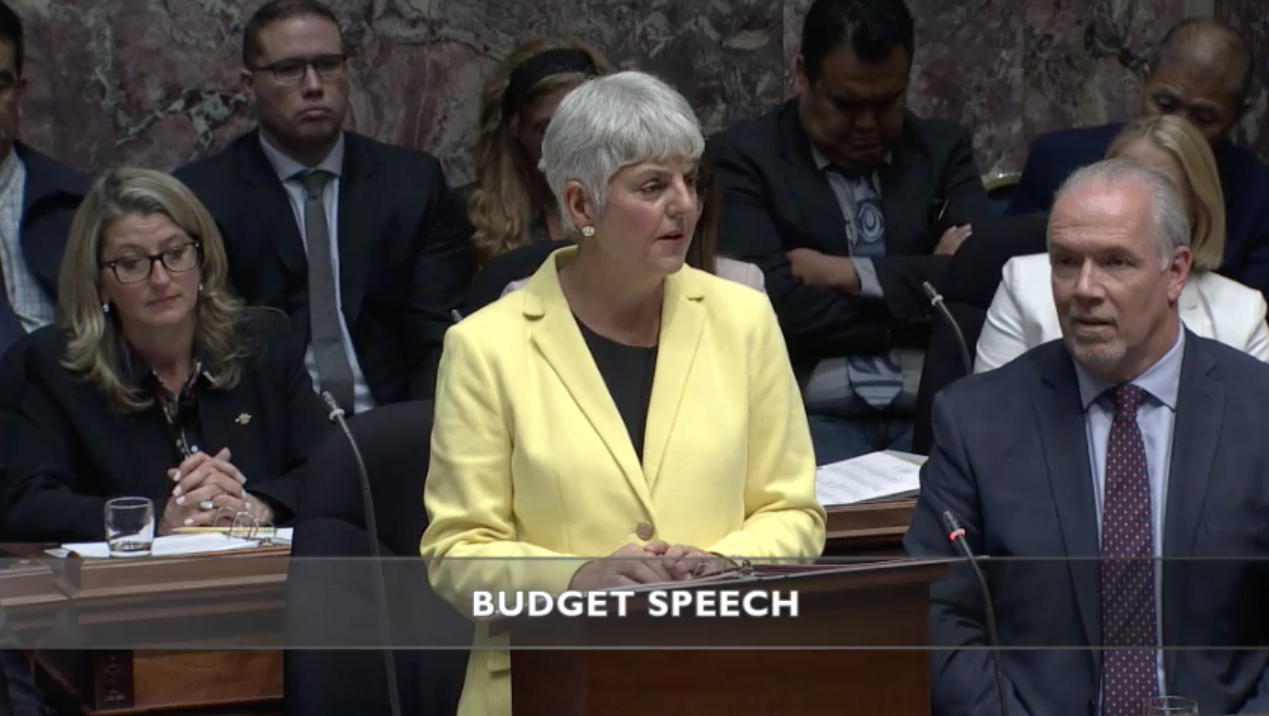 With just two months in office, the Premier and Finance Minister downplayed expectations for their budget update by signaling that British Columbians would need to wait for February 2018 before the new government really puts its stamp on provincial finances.

They were true to their words. The fundamentals of the NDP fiscal update look very similar to the Liberal budget tabled last spring.

By comparison with the Liberal plan for 2017/18, the NDP will change spending on:

Few would characterize these allocation increases as “transformative.” But it would be unfair to expect transformation after just a couple of months in office.

So what work remains between now and the first ‘real’ budget next February?

A lot.  Three things stand out:  the need to monitor the age distribution in government spending, child care and housing.

The NDP update reinforces previous commitments in the Liberal plan that will spend over $11,000 per retiree, by comparison with less than $7,500 per British Columbian under age 45.  When federal spending is added to the mix, the figures are over $33,000 per retiree and less than $12,000 per younger person.

No younger citizen begrudges spending wisely and generously on our aging family members.  But our parents and grandparents also want to leave a proud legacy.  We therefore need annual government budgets to begin reporting the age distribution in spending so citizens can hold politicians accountable for finding the right balance between investing in young and old alike simultaneously.

The age gap in provincial spending is driven by medical care.  Both the Liberals and NDP committed about a billion dollars more to medical care by comparison with last year.  Yet the NDP didn’t find any new money in its budget update for child care, despite its commitment to $10/day child care during the election.

While it is fair for the new government to take time to fine-tune its child care plan, there will be real warning bells about intergenerational inequality if funding increases for child care in the next budget don’t keep pace with increases for medical care.

This is all the more the case since the budget update promises an affordability agenda – and points to reducing bridge tolls, hydro increases and MSP premiums to improve people’s bottom lines.  Child care should be at the heart of this affordability agenda since one month of child care fees often cost an entire year’s worth of these other expenses.

Finally, the NDP budget update promises a comprehensive housing strategy.  It starts by allocating funds for 1,700 units targeted to low-income renters, and 2,000 modular housing units for the street homeless.  While these are important investments, the additional units will barely add a fraction of one per cent to the provincial supply of homes – so do little to disrupt the fundamental supply and demand factors that have driven home prices out of reach for what many of us earn.

True to the NDP’s roots, it has started its housing plan with concern for the most income-marginalized.  This is laudable, necessary, but also insufficient – because the new government has inherited an economy that fails entire generations of younger citizens so long as home prices leave our earnings behind.

All of us in B.C. must now grapple with the reality that the typical 25-34 year old in our province earns over $9,000 less for full-time work by comparison with the same age person in 1976 (after inflation), while home prices have risen hundreds of thousands of dollars.  No province reports a larger reduction in earnings, nor a greater increase in housing costs.

Younger British Columbians suffer a dramatic deterioration in the standard of living because home prices for renters and owners mean that hard work and study no longer pay off like they used to.  Fixing this problem requires a comprehensive housing plan to:

Reduce harmful demand, by extending foreign buyers taxation to more municipalities, empowering cities to raise additional levies on empty homes owned by those locally and abroad, as well as tools to discourage those who would buy real estate to provide short-term rentals for vacationers rather than as homes for locals who work and study here.

Stimulate a surge in supply, by immediately incentivizing urban areas to abandon outdated zoning policies that limit many lots to one home where there could easily be six, and building much higher levels of density – especially purpose-built rental – around all transit hubs.  The province should also monitor affordability by tracking the proportion of urban homes that are priced at, or below, $500,000 and make available more than two bedrooms. Even half a million dollars is a stretch for most younger families today, so new supply that costs more doesn’t do much good.

Tax housing wealth fairly. The NDP may think they took a big bite out of inequality by raising taxes in the budget update for British Columbians who earn more than $150,000.  Problem is, incomes aren’t the primary driver of inequality.  Wealth is.  And housing wealth is at the heart of this problem in B.C.

In response, the new government should convene a Working Group to identify opportunities to tax housing wealth fairly before the next budget.  Such a group could contribute to identifying funding sources required to pay for the medical and child care promises in the NDP election platform, help cool the housing market so wages catch up, and replace revenue that government will lose from the promise to cut MSP taxes.