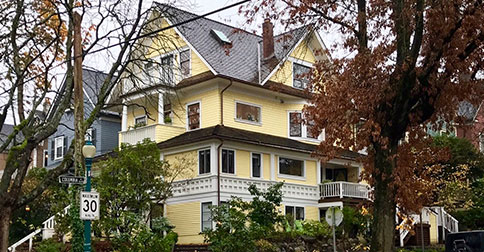 Gen Squeeze is signing an open letter to the City of Vancouver that asks for more emphasis on affordability in an ongoing review of character home zoning.

The letter was drafted by our friends at Abundant Housing Vancouver.

We’ve copied the open letter below.

(This open letter was written by Abundant Housing Vancouver. You can read the original and browse the signatories here).

We, the undersigned, write to the City of Vancouver to ask that affordability be included as a fundamental goal of the Character Home Zoning Review. Any large-scale rezoning that fails to prioritize affordability will not be consistent with the City’s current needs and priorities.

The Lower Mainland is in the midst of a housing crisis, exacerbated by City of Vancouver policy which forbids building more housing, and apartments in particular, on the majority of Vancouver’s land. The proposed change – to allow even less floor space in new housing in much of Vancouver – is a step in the wrong direction.

Our concern is that this review does not give due consideration to the need for more housing, market and non-market, throughout Vancouver and especially in transit-rich areas near the urban core. In fact, the proposed change would effectively allow less floor space in new homes (0.5 Floor Space Ratio, down from 0.7 in most cases), and a little bit more in homes built before 1940 (0.75 FSR, up from 0.7 in most cases). This is a significant downzoning for new homes, and will limit opportunities for gentle densification as well as subdivision and reuse of those homes going forward.

The stated intent of this downzoning is to “better manage scale and neighbourhood fit”, but many of Vancouver’s most cherished pre-1920 residential buildings are well above 0.5 FSR. Dense, low-rise development was common in Vancouver neighbourhoods in the early 20th century, but this proposal implies that even historical densities are inappropriate today. We disagree.

A 1905 multi-suite character home, with much more floor space than would be allowed in new homes under the proposed rezoning.

While we appreciate the need for heritage preservation, we question whether an indiscriminate rezoning of more than 26,000 lots, without due regard for affordability, is the best way to retain individual homes of significant merit. We encourage the City to use more targeted approaches like its existing heritage designation power.

The time is right for a significant overhaul of our expensive, low-density RS zones, but in exactly the other direction. The proposed character regulations don't accurately reflect the reality of the past or the necessity of our future. We urge you to go back to the drawing board and come back with a policy that provides abundant housing for people of all levels of income and wealth, as well as rules to prevent the unnecessary demolition of our most cherished character homes. These two goals need not be at odds, but the current direction would accomplish one at the expense of the other.