Strategy memo: the housing crisis and B.C.'s new government
B.C.'s new NDP government came to power partially on a wave of anger with how the previous government failed to address the affordability crisis. So, where we at? This strategy memo lays things out.
By Ryan Vande 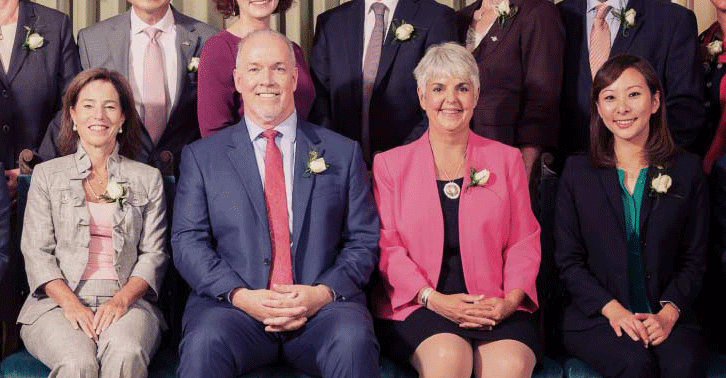 B.C.'s new NDP government - supported by the BC Greens – came to power partially on a wave of anger & dissatisfaction with how the previous BC Liberal government handled (and failed to handle) the affordability crisis.

Indeed, the first commitment of the new government - listed in Ministers’ mandate letters - is to “make life more affordable.”

So, what can we expect from Premier Horgan and B.C.’s new government? And where are we focussing our own efforts? This strategy memo lays things out.

During the 2017 election campaign, the BC NDP promised twelve actions in three categories to tackle the housing crisis, which I’ve copied and pasted at the bottom of this memo.

Not all of the promises made their way into the official mandate letter for B.C.’s new Minister of Municipal Affairs and Housing, the Honourable Selina Robinson, at least with their original specificity.

For example, the NDP's campaign promises to:

Have been combined into a more flexible form in Minister Robinson's mandate letter:

Some of this change in language may simply be for brevity’s sake, but some of it may also be due to decreased commitment to specific measures. At this point, it’s hard to say.

First moves will set the tone

One of the most important dynamics in the housing system is market psychology.

When the BC Liberals introduced the foreign buyers’ tax, it was a 180-degree reversal for them, and sent a strong signal to speculators and investors to beware. Correspondingly, the market cooled off for a bit.

Then, the BC Liberals introduced a bunch of exemptions for the foreign buyers’ tax (including laudable ones), and also introduced a big loan program for first time homebuyers (a problematic idea), which sent the reverse signal: that they were willing to prop up the market.

Prices rebounded and have continued climbing ever since.

Thus, everyone’s waiting to see what the NDP government’s first moves on housing are, because these will set the tone and influence market psychology going forward.

We need the tone to be bold, swift and well-considered action to rein in costs.

We need the expectation to be that our housing market is going to be regulated for Homes First (investments second).

In a recent interview with the CBC’s Gregor Craigie, Minister of Municipal Affairs and Housing Selina Robinson reiterated the importance of a Homes First approach to housing.

We’ll be looking for the NDP to reiterate this basic, universal policy principle in their first throne speech.

First time homebuyer loan program & foreign buyers’ tax – at the end of July, Housing Minister Robinson announced that her and Finance Minister Carole James were reviewing these and other measures to determine whether they should be revised, kept or scrapped altogether.

Our own analysis is that the first time homebuyer loan program was the right intention, but the wrong execution. Many economists, including the UBC's Tom Davidoff and the head of the Canada Mortgage and Housing Corporation see it as bad policy. If we want to help first time homebuyers, we should focus on reining in costs, not using taxpayer money to help people get into sky-high markets.

When it comes to the 15% foreign buyers’ tax, our analysis continues to be that it is both useful and insufficient. We need to shore it up by closing loopholes, expand it to places like Victoria, and pair it with additional measures that restrict harmful demand.

Next steps for our Code Red Campaign


One thing you can do right now


Write a quick email to the Minister of Municipal Affairs and Housing Selina Robinson, and ask her to set the right tone for all future housing actions by reiterating a commitment to the principle of Homes First (investments second) in her government's first throne speech.


BC NDP Campaign Promises re: Housing

As indicated in their 2017 Election Platform