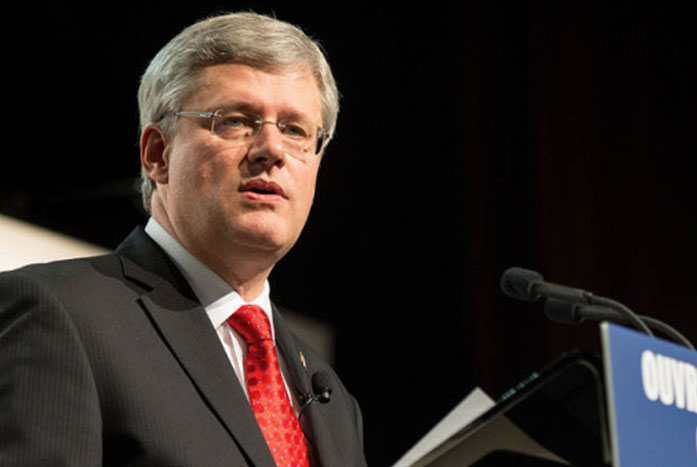 But that’s what the Prime Minister has done with his new $5 billion Family Tax Plan. The NDP’s recently proposed child care plan would take 8 years to phase in annual spending on child care at the level the PM proposes for family tax benefits next year. Even the Liberals never proposed spending as much, including former PM Martin’s promised investments in national child care in 2005.

PM Harper made clear this week that there is and ought to be significant fiscal room to invest in the generation raising young kids. He’s right.

However, commentators are raising two key questions. First, can we afford it? Second, are the Conservatives spending $5 billion in the best ways? The answers are Yes and No.

We can afford what we prioritize. Today, Canadians prioritize spending an extra $65 billion annually on medical care and retirement income subsidies for citizens age 65+ compared to 1976. This makes the PM’s family policy price tag look modest, especially given that government spending on cash support, parental time, and child care services for families with kids has changed little.

While PM Harper is putting real money on the table for the generations raising children, he’s selected policy tools that won’t solve the primary problems. Younger Canadians are squeezed by housing prices that are nearly double what they were a generation ago, which they must pay with salaries that are several thousand dollars less a year. To cope, they devote more time to the labour market, paying expensive child care fees and sacrificing time at home.

The PM wishes that his Family Tax plan would significantly reduce this squeeze. But just 38 per cent of families with children will benefit from his plan to permit income splitting. The maximum benefit is $2,000/year. Only well-off one-earner couples will save the maximum. Most will save $1,000 or less at a cost to tax payers of $2 billion annually.

For the two-thirds who don’t benefit from income splitting, the Conservatives increased the universal child care benefit (UCCB) to $160/month for kids under age six – far from enough to pay for child care services, which generally cost more than university tuition. The UCCB is to child care what the cost of books is to attending postsecondary.

Still, the UCCB is expensive, costing taxpayers nearly $6 billion annually. Add the cost of income splitting, and we could pay the full cost of a flexible, high quality $10/day child care system delivered by the non-profit and private sectors. This would save families tens of thousands before their kids reach age six, including the many one earner couples who put their children in preschool.

Saving this much won’t reverse the fact that housing costs hundreds of thousands more than in the past, or that younger Canadians earn thousands less per year. But it is a far bigger savings than the Conservatives’ plan at an especially expensive time for families – when kids are not yet in school.

You might think PM Harper addressed the cost of child care services by adding $1,000 to the child care expense deduction. The numbers show otherwise. This change costs just $65 million – or 1 per cent of the UCCB. It will save a few hundred per year for even fewer families than income splitting, again primarily higher earners.

The Conservatives’ goal of saving time and money for the generations raising kids is laudable, as are the dollars they are allocating. But their policies don’t maximize bang for the buck.

As a result, the additional $5 billion that the PM allocates to families opens the door for other parties to propose equal spending on policies that are better able to reduce the time and money squeeze for the full diversity of families.

Generation Squeeze has developed a plan to reduce child care fees to $10/day within one election cycle, while also reducing the squeeze on parental time at home in ways that are more inclusive and fair than the Conservatives’ Family Tax plan. We believe the policies that compose our New Deal for Families are among the best solutions available.