What are the federal parties saying about pensions?
By Ryan Vande 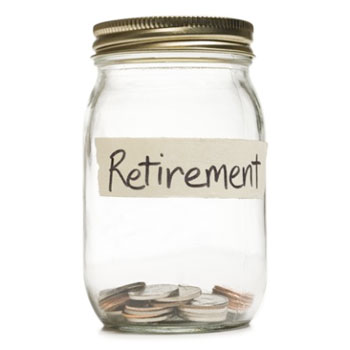 Retirement security, for young and old alike, is an important issue in the federal election. Here's what the parties are saying so far

Last week, the federal NDP solicited Gen Squeeze's comment on the party’s proposal to convene a meeting with all premiers within six months of forming government to develop agreement on enhancing Canada Public Pension (CPP) and Quebec Public Pension (QPP) benefits.  The NDP joined the Liberal and Green parties in committing to update the CPP and QPP in ways that would require workers without employer-sponsored pensions to increase what they set aside for retirement, and increase what employers contribute to their workers’ savings too.

The Conservatives are also talking about giving Canadian workers new opportunities to use the CPP to save for retirement.  They would do so without asking employers to contribute more to their workers’ savings.

This week, the Ontario Premier and former Liberal Prime Minister Paul Martin have invited Gen Squeeze to discuss the many challenges facing Canadians in their 20s, 30s, 40s and their kids, as well as available policy solutions.  The conversation will focus on the Ontario Retirement Pension Plan and related options to adapt the CPP.

Why are Parties talking about changing the CPP & QPP?


The concern is that younger Canadians may not be saving enough for their retirement, in part because younger Canadians have less access to generous pensions paid by employers than did workers who started out some decades ago.

What does research say about retirement income security policy in Canada?


Statistics Canada shows that a smaller proportion of seniors currently fall below low-income cut-offs than any other age group.  Research shows that the Canada and Quebec Public Pension plans, the Old Age Security System and the Guaranteed Income Supplement are some of Canada’s strongest, best planned, and best funded social policies. So, among the policy problems facing younger generations, saving for retirement is not our biggest policy challenge.  But it still is important and requires attention.  Here is a summary of our policy recommendations regarding saving for retirement security.

We can’t save money we don’t have

Research shows it’s harder for young adults to save today because we earn thousands less for full-time work than in the past, in jobs that less often pay pensions, despite having more post-secondary, larger student debts and we must pay hundreds of thousands more for housing.

This means any plans to adapt CPP & QPP must occur in tandem with policy changes that save younger Canadians money when they are young adults.  In other words, strong retirement security policy for Canadians in their 20s, 30s and 40s requires a two-prong approach:

If we only focus on adapting CPP & QPP policy, we risk tightening the squeeze by mandating that younger Canadians find more money to put aside for their retirement amid their current time, money and service squeeze.  This is like trying to squeeze water from a stone, and implies that younger Canadians are simply dumber than in the past when it comes to saving. We’re not.

Research also cautions against accepting uncritically when Banks and Investment Companies tell Canadians we should be aiming to replace 70 per cent of our annual income when retired.  Evidence indicates that a replacement rate of between 40 to 70 per cent will result in many Canadians enjoying a better overall standard of living in retirement than what they experience as young adults, especially when they start their own families.

For this reason, Generation Squeeze recommends expanding CPP and QPP by doubling the Yearly Maximum Pensionable Earnings. This recommendation is guided by research from economists Dr. Kevin Milligan and Dr. Tammy Schirle.

How do the Federal Parties align with this recommendation?


All the parties are short on specifics for now.  While the NDP, Liberals and Greens have all stated they are committed to revising CPP and QPP in ways that are consistent with doubling the yearly maximum pensionable earnings, they would negotiate such details with the provinces shortly after being elected.

The Conservative Party vision for CPP reform is different.  The Conservatives would enable workers to top up our savings in the CPP in addition to, or instead of, putting money aside in an RRSP or a Tax Free Savings Account (TFSA). They won’t ask employers without pension plans to contribute more for their workers.

Canada Research Chair for Public Finance, Rhys Kesselman, has penned a strong summary of the pros and cons of the Conservative approach.  Like the other parties, the Conservative proposal would give Canadians greater access to the expert management of the CPP Investment Board, and do so at fees that are far lower than what we pay in the private sector.  This is good for maximizing our savings.

However, if you are concerned about younger Canadians not saving enough for later retirement, the Conservative proposal does little to address the problem directly. There are already lots of other voluntary savings mechanisms like RRSPs and TFSAs that younger people aren’t using – typically because we don’t have the cash to put aside given that postsecondary, child care and housing are more expensive now than in the past.

There’s no obvious reason to believe we’ll start using a new optional CPP mechanism when we’re not using the other savings options that already exist. For example, Canadians under 45 only benefit from one third of the tax savings made available through RRSPs – the majority go to older Canadians.  The same is true for Tax Free Savings Accounts.  Canadians age 60+ are three to five times more likely to max out their TFSAs compared to those age 18 to 49.

If the issue of retirement security motivates your vote


If retirement security is a goal that motivates your vote, listen carefully to what the parties say about two things: