Squeeze Story: Erin Kastner
I've worked hard to live without regrets, but I wish I could have started my family sooner
By Ryan Vande 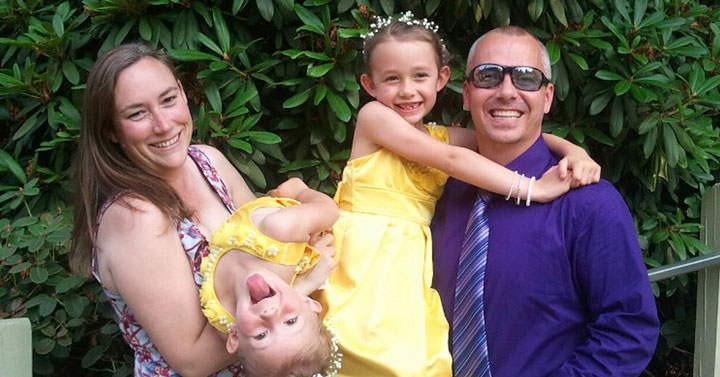 I've worked hard to live without regrets, but I wish I could have started my family sooner.

After a few years out of high school (1989) I went back to school because minimum wage ($7/hr) wasn’t paying the bills. I got a one-year horticulture certificate and became a forest fire research technician.

It paid the bills, but it was contract. So I went to college – bring on the debt – and a two-year diploma (which took three years) in Environmental Studies. After working three years at an international moving van line, I got laid off. Back to college one more year – and more debt – for some university transfer credits, and off to university and, you guessed it, more debt.

It’s important to note I stayed at home with my mom as long as I could, until she got a job out of town when I was about 23. As a single mom, and a student herself, I’d been paying half our living expenses while living with her since I was 17. She was never – and never has been – in a position to help.

By the time I graduated with my degree I think I was 28 or 29. Probably an ideal time to start a family, but after 10 years of floating, I needed stability, I needed security. I needed a good job. I was amazingly lucky. Through a class project at university, I landed a job at UBC. The one-year contract turned permanent, and I’ve stayed for 15 years. In 2008 I paid off my student loan. In 2006 I decided I was stable enough, finally, to start a family and we had our first daughter when I was 36. The second came along when I was 39. I have always tried to live my life so I have no regrets, but that is one I haven’t avoided. I wish I could have had my kids sooner.

When planning to have kids, we didn’t really think about what we’d do for childcare, or housing. If we had thought about it, maybe we would have delayed even longer. It was precarious at best. When pregnant with our first, it was shocking how expensive the absolutely crappy rentals were out there in Vancouver. We had given our notice and found ourselves homeless for a month while continuing the search. We found a place but after a year the landlord kicked us out because he wanted to sell. Lucky again, we got into a wonderful housing co-op. We could afford to live on one income and my husband stayed home to raise our girl. And that’s how we managed for the next seven years. One income, stay at home dad, housing co-op.

How would things have gone differently if I had gotten a decent job out of high school or the first stint at college? My guess is I wouldn’t have my one big regret, I’d have a decent amount of savings, and possibly a down payment for a house out in the suburbs. Of course what comes with that is long commutes and more hours away from my family. The university isn’t moving, so neither am I. I’ll never own a house in the city, but I’ll stay in the city, at my job, so my kids can have an RESP and I can save for retirement. That’s the price I’ll pay because that’s the way it is for us. Apparently we can’t have it all.

The biggest reason I regret that I had the kids so late, is that now I worry I won’t be around or be healthy to help my kids out with their kids. If we can’t get our politicians to invest more in younger Canadians, they’re going to need me. And even at the best of times, it takes a village.

The squeeze has also significantly affected my niece who I’m very close with. In 2013 she quit university after her first year, joined the work force (at minimum wage) and managed to get by with a roommate. But she certainly wasn’t getting ahead, and had university debts.

She transferred company offices so she could move to Vancouver and stay with me until she was on her feet. Her employer cut her hours, and when you’re making minimum wage you can’t stay at that job if you’re supporting yourself. She stayed with us for six months, during which time found a slightly better job.

She’s been getting by since, but just barely. I feel for her, knowing she doesn’t have much hope for her future. And it’s not fair. I expect she’ll be back in our spare room at some point, because when you’re living basically paycheque to paycheque – working full time – you’re very vulnerable and it only takes one bad turn to send you looking for security.