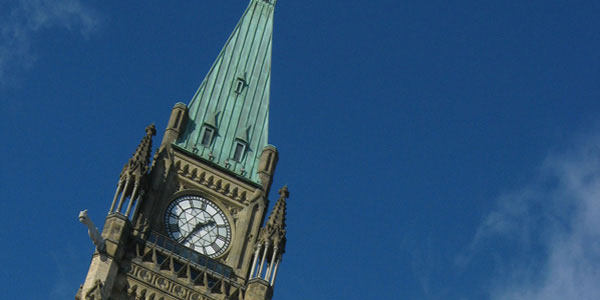 If you listen only to the spin, you might think that the 2016 federal budget represents a momentous injection of funding into younger middle class families – especially through the new Canada Child Benefit.

But at Generation Squeeze, we decode the budget to cut through the noise to study the budget details.  It turns out that spending on the Canada Child Benefit is by no means the biggest spending increase.  It’s not even the second biggest.

As a result, not only did Prime Minister Trudeau inherit a government that spends five times more per retiree than per person under age 45, his first budget grows this age gap.

This age gap reflects that the Prime Minister’s biggest investment over his first term will be an $11.3 billion annual increase to Old Age Security as of 2019/20.  This increase will dwarf new investments in housing, education, child care, etc. on which Canada’s younger generations rely.

The second largest annual increase in the 2016 budget is for medical care. It is scheduled to grow by $6.2 billion by 2019/20. Nearly 50 per cent of medical care spending goes to the 15 per cent of the population age 65+.

Young adults typically earn thousands less today for full time work than in 1976. They earn less even though they are twice as likely to have postsecondary, and must pay housing prices that are up hundreds of thousands.

Prime Minister Trudeau didn’t address these challenges with the same urgency he adapts for retirees.

Spending on Employment Insurance will rise by $2.1 billion by 2019/20 – less than 1/5 of the increase budgeted for Old Age Security. Additional spending on youth employment strategies amount to rounding errors in the budget.

Important investments in children, primarily the new Canada Child Benefit represent a $4 billion increase. But these are still small by comparison with Old Age Security and Medical Care.

There is very little new spending for postsecondary. An injection of less than $1 billion for student grants and loans is being paid by eliminating less effective tax breaks for postsecondary expenses.

Investments in housing will rise by approximately $1.15 billion – with large portions going to address acute housing challenges among Indigenous Canadians and seniors. The new spending on housing is welcome, but still only ten per cent of the Old Age Security Budget.

There is no new investment in child care services in 2016, and little for these services or parental leave in the years thereafter. This raises questions about the Prime Minister’s commitment to gender equality, because these policies are a primary driver of the gender earnings gap and glass ceiling experienced by Canadian women.

The Prime Minister may not yet know his government is slower to adapt for younger Canada than for the aging population because the federal government does not report how spending breaks down by age.

For now, Generation Squeeze is filling in this gap. But it is time for Ottawa to include the age distribution of government spending in its annual budget. Otherwise, parliamentarians cannot assess whether the government is finding the right balance between investing in young and old, and between investing earlier in each citizen’s life compared to later.

From a generational standpoint, the most promising news in 2016 is the momentum to price carbon. Failure by previous federal governments to do so has saddled younger Canadians with significant environmental debts that compromise our health and opportunities. The PM will meet again with the Premiers later this year to pursue this commitment.

Pricing pollution can generate government revenue. Such opportunities are important, especially since Mr. Trudeau’s tax increases on income above $200,000 are insufficient to cover his tax cuts on income between $44,000 and $89,000.

As his team struggles to balance the books, the PM should consider Generation Squeeze’s recommendation to tax housing wealth in new ways to cool housing markets so home prices remain in reach for younger Canadians.

Mr. Trudeau should also continue to review outdated tax expenditures, because there remain billions to be reallocated to policies that can build a Better Generational Deal.

As the Prime Minister likes to say, “Better is Always Possible.” So it is with his 2016 budget. We should protect medical care and retirement income security for our parents and grandparents. But we must also adapt as urgently to the time, money, service and environmental squeeze facing younger Canadians.

Hopefully, we can encourage Canada's new government to strike a better balance in their second budget, next year.