**UPDATE: When COVID-19 hit, this court case was put on hiatus. Now, the new hearing date is September 22-23 2020. We're going and we're ready to fight for climate action.

Most people agree we need to take serious action to address the climate emergency. Working together is our best, and possibly only, chance of solving it.

But Canada is facing a major hurdle in its fight against the climate crisis.

One of our most important national climate change policies is being challenged in the Supreme Court by provinces that don’t want to take meaningful action.

The case will be heard in just a few weeks. And Gen Squeeze plans to be there as a voice for younger Canadians who want climate solutions, now.

Canada recently required all provinces to put a minimum price on carbon pollution. Lots has been said about the benefits of carbon pricing. A national carbon price makes it more cost effective for people and companies to reduce their emissions. It also ensures each province steps up in a meaningful and fair way to combat climate change.

(Unsure what a federal carbon price means for your bank balance? Check this out.)

In fact, measures that make it more expensive to pollute are such good policy, they helped one economist win a Nobel prize. They’re also supported by a majority of Canadians.

Despite all this, governments in Ontario, Saskatchewan and Alberta have challenged Canada’s national carbon pricing policy in provincial courts.

Gen Squeeze, alongside a coalition of youth and health-focused groups, intervened in two of these cases. And guess what?

Last year, courts in Ontario and Saskatchewan ruled in favour of the federal government, saying regulations designed to lower GHG emissions are of national concern and part of Canada's international obligations.

We were super stoked when both courts gave federal action on climate the thumbs up!

But the provinces of Ontario and Saskatchewan were not. They launched appeals that will be heard by the Supreme Court next month.

And an Alberta court just ruled against the federal government on the issue, upping opposition to national action on climate change.

The future of carbon pricing

The Supreme Court will now decide the future of Canada’s national plan to reduce carbon pollution. Which is why Gen Squeeze will be there, because making life more affordable only matters when our future isn’t hooped by a burning planet.

(As it happens, tackling climate change will also mitigate our financial burden. An analysis prepared for the federal government in 2011 shows climate change could cost Canada and those who live here $43 billion per year by 2050 if the right kinds of actions aren't taken.)

At the Supreme Court, we’ll continue to argue federal climate policy is necessary to protect younger generations, who will be among those most impacted by the economic, health and environmental costs of climate change.

Because of these negative impacts, we’ll also argue that governments are discriminating against young people if they don’t fulfill their constitutional obligation to address climate change.

Canada still has a lot of work to do if it wants to tackle the climate crisis. For example, Gen Squeeze’s recent budget campaign calls on the federal government to strengthen its climate plan by setting legally binding targets.

But in order to deliver on those targets, the government has to be able to develop national policies that cut back carbon pollution. That’s what we’re fighting for at the Supreme Court.
Want to help us win? Donate today to help cover some of our legal costs!

Sutton is the Co-Executive Director of Gen Squeeze. She works to build the Gen Squeeze base, tell stories about our issues and impact, and secure resources to keep up the hustle.
climate change 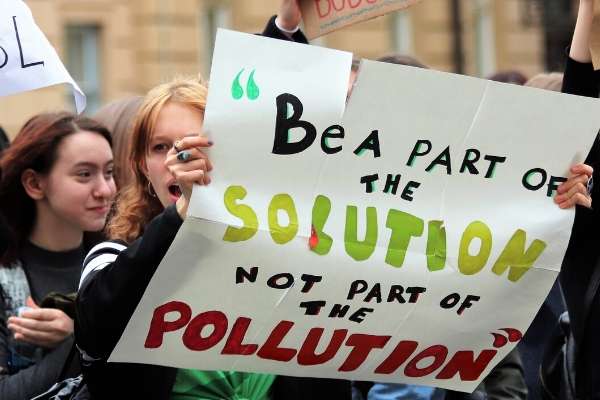 We're going to court. Want to help us win?

Donate today to help cover some of our legal costs!