Finding affordable housing in Vancouver shouldn’t be such a horror show
Some landlords are trying to get anything and everything they can out of young renters with no other options.
By Ryan Vande 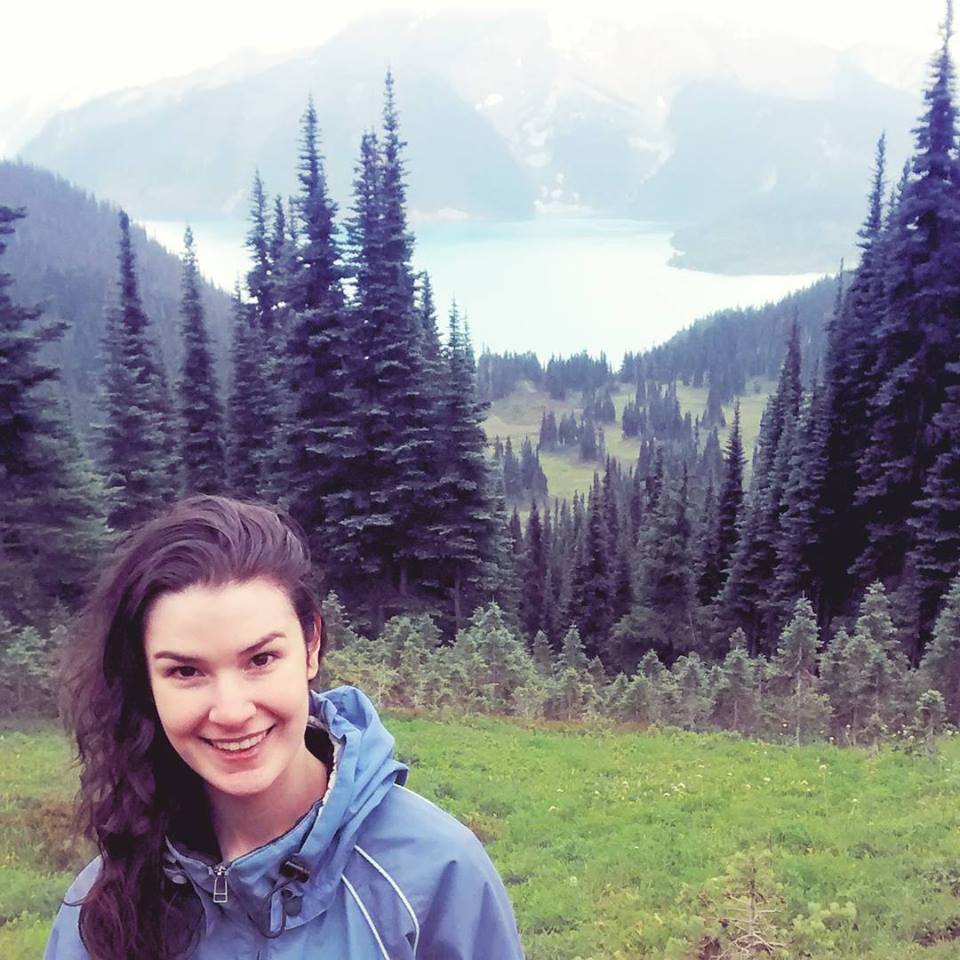 Here’s how many (if not most) Vancouver renters interpret the housing situation right now: any actual “affordable” rentals come with abusive, intrusive landlords, pests, or are just plainly unlivable dwellings.

For many, it feels like there’s nothing you can do if those are your only options. The housing crisis appears to be breeding a dangerous idea among some established and aspiring landlords that they can pretty much get away with anything they want. Take five minutes to cruise @dearYVRlandlord’s feed on Twitter and you’ll see what I mean -- but those are just the advertisements. Consider Laura Auffray’s experience being a renter in Vancouver over the past two years and you’ll understand what it’s like to live it.

Laura is a 28-year-old single woman with a permanent disability who lives in the Hastings-Sunrise area. She’s been here since 2014, but hasn’t lived anywhere in Vancouver for more than 12 months in a row.

Laura’s had to deal with it all: abusive, tax-evading landlords who don’t believe in rental agreements, threats of illegal eviction, feeling forced to cook for landlords, sexual harassment, extreme filth, and pests like mice and bedbugs.

When Laura first moved here for school, her house hunt started as any other would at the time.

“I looked for housing downtown near the school, but anything in the $750-900 range was literally a storage closet inside an apartment with two other people. No windows. Sometimes, apartments were offering their living room with no doors and only a curtain for privacy. I was worried that I didn’t have enough money for food and rent.”

But Laura eventually moved in with Max, who modified his home to separate the top and bottom. Two young women lived in the bottom half, and Laura, Max, and his 29-year-old daughter shared the upper half.

Max didn’t like paying taxes so he never made Laura sign a rental agreement. $550 for her bedroom and access to the kitchen, laundry, bathroom and internet? Not too shabby?

Well, Laura tells me the the house was entirely filthy, but she took on the cleaning duties and all was well enough. Until things got really weird.

First, Max discovered Laura’s penchant for cooking. They both agreed it would be a fair trade for her to cook communal meals if he supplied the groceries.

“But that just became a drill of Max buying giant Costco flats of meat and demanding I cook them all at once. Sometimes I would bake, but then he would just steal everything I made.”

Nothing about the arrangement was functional or fair. Soon after, Max began to stalk her around the home.

“There were lots of sexual comments about my appearance. If I was in the common living room or kitchen area, Max would start talking to me, demanding to know about my schooling or my life, giving me unsolicited advice and making derogatory comments.”

“In this time, I never really stood up to Max. I had grown up with an abusive father, so I knew how to nod and walk away from a confrontation. Unreasonable demands, violence and yelling were my normal.”

Soon enough, Max made a comment toward Laura that was so offensive and vile we can’t publicize it here, but it motivated Laura to finally speak up.

“I told him very politely that his behaviour was inappropriate and I didn’t want to be spoken to that way,” Laura said.

“He immediately evicted me. I had no rental agreement and I knew this man had violent tendencies, so I was very scared. I just left.”

Another fast and furious Craigslist search led Laura to a partially renovated home with Stan and his 12-year-old son on Commercial Drive. The kitchen and living room had finished insulation and windows, but Laura’s bedroom was 100-years-old. The room below hers was skeletal, with open holes covered up in plastic. Stan asked $750 per month for a single bedroom and access to the kitchen, bathroom, laundry and internet.

Crucial renovations were on the way, he assured Laura. But the landlord-renter relationship started to get gross -- again.

“Things at Stan’s house first seemed to go well at first, especially compared with Max. However, over time, I did not realize the type of relationship Stan was trying to build with me. I did not cook much at Stan’s house because he cooked dinner on a regular schedule, inviting me to eat with he and his son. He said that all food in the household was to be shared and offered to buy me groceries -- even do my laundry. So I was very confused at first.”

Then Stan started to ask personal questions about Laura’s life, her work, and then about things like her dating habits. At first, Laura would speak conversationally at the dinner table.

“But then I tried to explain to Stan several times that I am autistic, and social situations drain me and leave me very tired. I am an introvert, and need to be alone to recharge. It’s a little difficult to explain, but over time, Stan started… sort of creeping into my personal life more.”

Stan often invited Laura to dinner with he and his son -- something she could not afford -- regularly insisting that he pay. He would talk to Laura about his personal life, his career struggles, and his young son’s education. Laura would nod and talk, but felt mostly uninterested.

“Over time, I felt like Stan was trying to replace his divorce with his wife with me. His need and demand for emotional attention became extremely overwhelming. The kitchen was very small, and when I was cooking he would block the doorway and not leave me alone, prompting me to talk about my day and my life. I felt annoyed and entrapped -- like I was being pried into.”

“When his son was at school and I was in the house, Stan would make lunch and ask me to eat with him, telling me about his relationship with his mother, his financial worries, etc. -- as if I were his wife or therapist.”

“He would constantly interrupt me reading on the couch in the living room, and I would have to make an excuse to go to my bedroom to be left alone. He had enormous boundary issues. And due to the layout of the house, I had no real privacy except my bedroom -- but Stan’s bedroom was across from mine. So I could never have my bedroom door open because he interpreted that as an open door policy and would just walk in.”

“I was paying $750 per month for a bedroom -- but I wasn’t Stan’s best friend, or his daughter or his wife. I was stressed out every day that I could never actually rest. I had no privacy, and no ability to recover from the stress of work. I started to feel very unsafe, but also like I couldn’t afford any better.”

But Laura tried. Next she rented as a subletter in a 100-year-old house. Highlights include a broken refrigerator, a mice infestation, newly swollen skin patches thought to be due a rodent allergy, and eventually, the holy grail of rental horrors: bedbugs.

When I cruised the posts on @dearYRVlandlord, there were countless caveats added to postings. You really want the place? Well, you’d better also offer up your services as a landscaper, or a maid, a personal chef, or even a masseuse! It’s cruel and exploitative but in this climate of housing desperation, there are landlords out there willing to get anything and everything they can out of young renters with no other options.

“With both Max and Stan, there was this unwritten expectation of service that went beyond paying money for rent. I was expected to be an obedient daughter, a cleaning servant, a cook, someone to entertain them with stories, and a wife to comfort them when they came home from work and felt bad.”

“I could never tell them, ‘Go away, I don't’ want to talk to you,’ for fear of eviction. I was working essentially two jobs: my real job, and the walking-on-eggshells performance I had to perfect when I lived in those situations.”

“I am not greedy or selfish or delusional for wanting a small single apartment with no mice or bedbugs, with working taps and heat, where I can have personal privacy to rest and recover from my working day.”

Right now there’s basically nothing fair about Vancouver’s rental market, and the horrors are compounding. They’re worsened still if you’re female, a visible minority, living with a permanent disability, or live on a fixed income that doesn’t even cover your rent. But it shouldn’t be this way.

Everyone should be entitled to peace and privacy in their own home.

Help us tell more stories like Laura's so we can level the playing field between renters and owners, and bring down other out-of-control costs like childcare, transportation, tuition and more:

If you are at all unsure about your rights as a renter, or need to speak with someone to figure out the legalities regarding your tenancy situation, please try the following resources:

RentSmart: Real Education, Real Life Benefits: finding and securing good rentals can be tough. Through Gen Squeeze’s partnership with RentSmart, you’ll gain the knowledge and skills to save time in finding a rental, help you to have a successful tenancy, and know the steps to get your security deposit back -- saving you hundreds of dollars when you move.

Generation Squeeze is also proud to work alongside LandlordBC, who in addition to offering support and resources to ensure B.C.’s landlords understand their rights and responsibilities, is one of the province’s foremost champions for more secure, purpose-built rental. 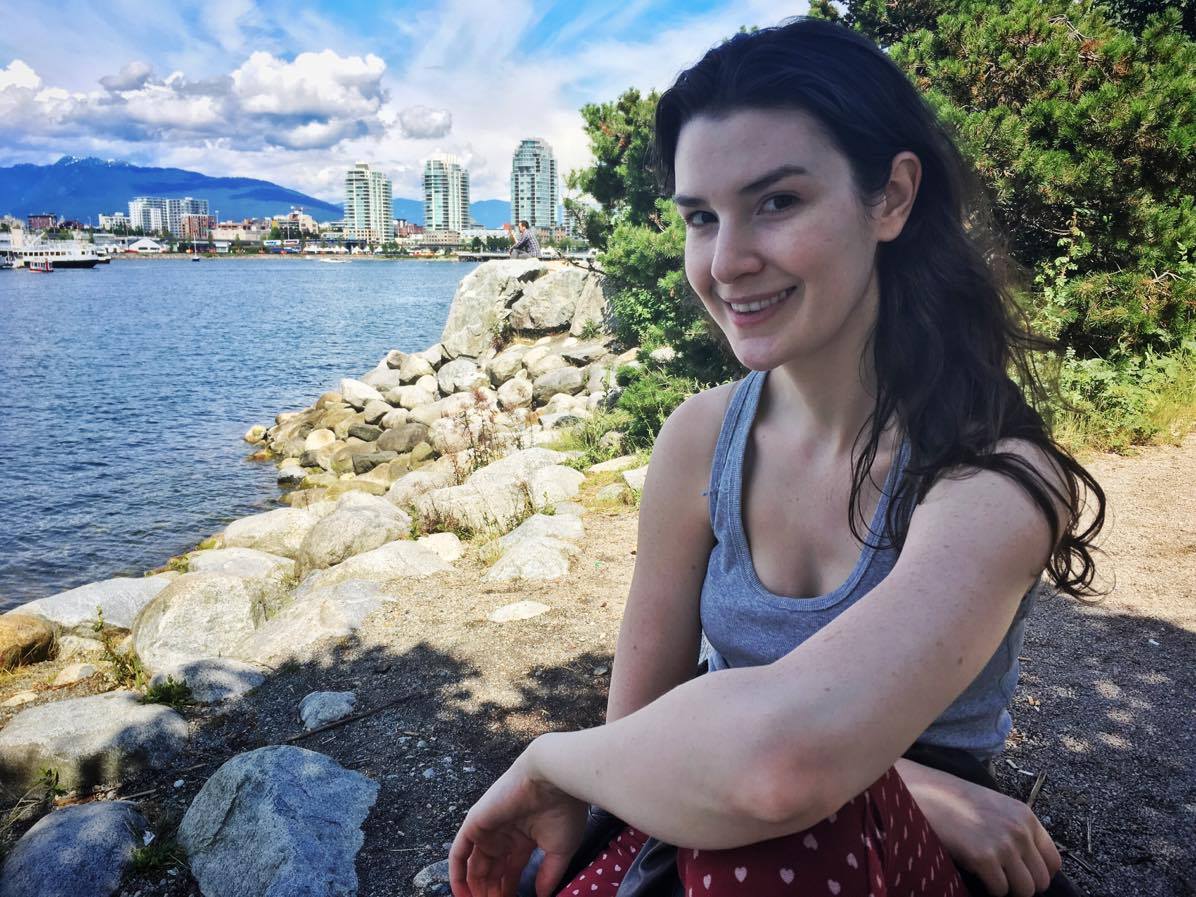