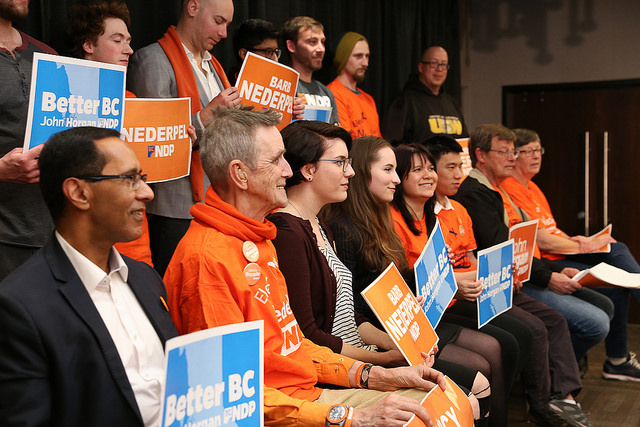 1.  The Age Distribution in Government Spending

When we analyzed new spending announced in the BC Liberal election-budget last February, we showed the budget added over $500 dollars for every senior (primarily through increases to medical care spending) compared to just $165 for every person under age 45 (including all education and social spending).

While Gen Squeeze expects that total per capita government spending on seniors should always surpass per capita spending on younger generations, when it comes to adding NEW SPENDING, we will evaluate the B.C. budget update in terms of whether the new NDP government commits to investing with EQUAL URGENCY in young and old alike.

We also urge the government to commit to reporting the age distribution of government spending in future budgets.

We will be looking for clear signals that the budget update is acting on the commitment in their mandate letter to take measures to improve housing affordability, close real estate speculation loopholes, and reduce tax fraud and money laundering in the B.C. real estate marketplace.

We will be looking for signs that the implementation of $10/day child care begins from the outset of the new government's mandate. The pace of investment should allow British Columbians who are pregnant now to count on the availability of a $10/day space for their child following the parental leave period, with the system growing each year thereafter to keep pace with this child's development into kindergarten, along with all other B.C. children who follow in her footsteps.

Before we get to #BCBudget day on Monday, Sept. 11, the BC NDP's first Speech from the Throne will be read on Friday, Sept. 8. It's going to be a key moment as it sets the government's agenda for the months ahead.

It's critical that the policy principle of Homes First (and investments second) guides their path forward as this new government tackles the housing crisis. By including this language in the Throne Speech, we'll know B.C. is finally ready to make bold moves to help young people struggling in today's housing market.

It only takes 30 seconds to send a letter to B.C.'s Premier, Housing Minister and your local MLA.

Let's get Homes First on the books, right off the bat: 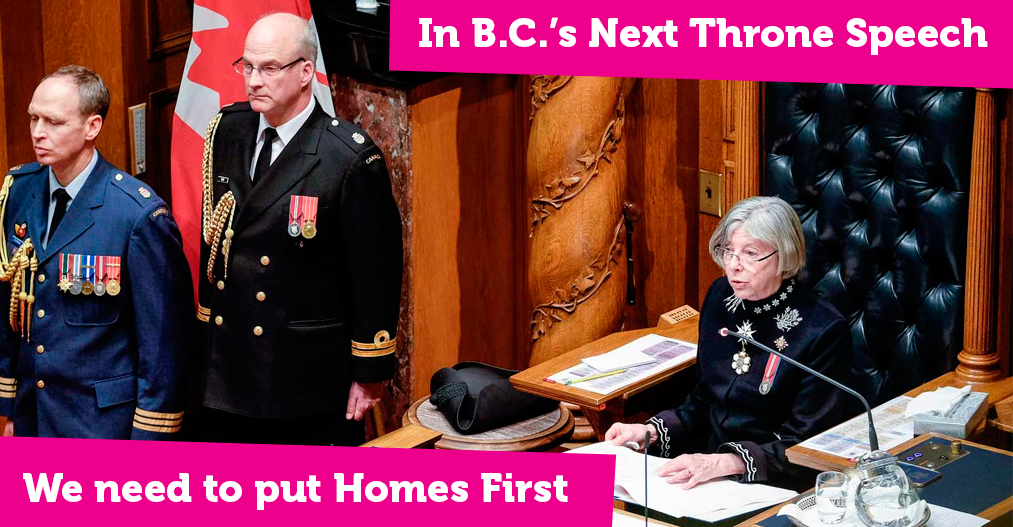