Gen Squeeze CPP work pays off. Still more to do
Younger Canadians aren’t dumber about saving for retirement than in the past. It’s just harder to save today. We earn thousands less for full-time work despite having more postsecondary, and face housing prices up hundreds of thousands of dollars
By Ryan Vandecasteyen 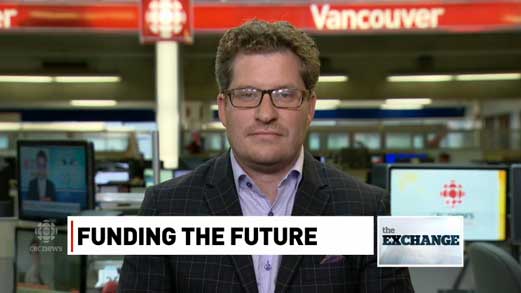 We applaud provincial and federal governments for working to address retirement income insecurity that looms decades off for Canadians who are currently in our 20s, 30s and 40s.

The changes announced on June 21 are in keeping with recommendations we made in conjunction with industry partners, and in consultation with Ontario Premier Wynne’s office last September

Premier Wynne deserves real credit for the policy improvements across the country, because her government led the charge to make change before other governments did.  While she said from the beginning that national policy adaptation was ideal, she didn’t wait to develop options before a federal partner was on board.

She led, and eventually other partners joined in from coast to coast.  It’s a positive example from which we can take inspiration when working toward other policy adaptations that are needed to ease the squeeze on younger Canadians.

The bottom-line about CPP reform

Watch our interview on CBC's The Exchange

After a 9-year phase-in period, someone earning around $55k a year will pay an extra $420 in CPP annual premiums, as will her employer.  That works out to about 20 cents an hour for both the employee and employer, assuming full-time work.

Decades from now, 20 cents an hour can add up to an important difference. 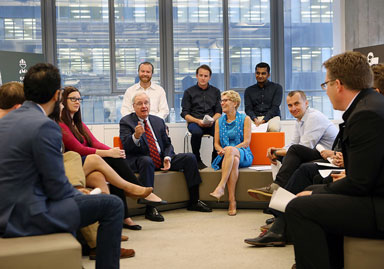 As a result of the change, CPP will eventually replace 1/3 of up to $83k a year.

In combination with the Old Age Security system, this means our national public retirement policy will now replace closer to 40% of income for middle and modest-income earners.  This is consistent with Gen Squeeze retirement policy recommendations.

Photo: Gen Squeezers in a pension meeting with Premier Wynne and former PM Paul Martin, Sept 2015. Our main message: after paying for education, housing, child care, etc. younger Canadians often don't have any money to save.

40% might not sound great, but evidence shows that replacing this amount of income in retirement will provide disposable cash on par with what young adults have when they must pay off student debt, housing, child care, etc.

RRSPs and TFSAs continue to exist to entice us to put aside even more if we wish to replace more than 40% of income when we retire.

But there's the rub.  While governments just changed CPP out of genuine concern to prevent a problem that looms for us decades from now, governments aren’t yet showing sufficient concern to address the things that squeeze younger Canadians right NOW.

These include high housing prices, high child care costs, high transit costs, postsecondary debt.  Not only do these problems compromise our current standard of living, they are the root causes of our inability to save more for retirement.

We raised this concern with Premier Wynne when Gen Squeeze co-hosted a pension policy consultation with her office, and have done the same when working with industry partners to recommend retirement policy.

Younger Canadians aren’t dumber about saving for retirement than in the past.  It’s just harder to save today, because we earn thousands less for full-time work despite having more postsecondary, and face housing prices that are up hundreds of thousands of dollars.

Gen Squeeze will keep pushing for policy adaptation to address these problems.  The CPP reforms show that policy solutions are possible, and that we can make politics work for younger Canada… if we organize and show up.