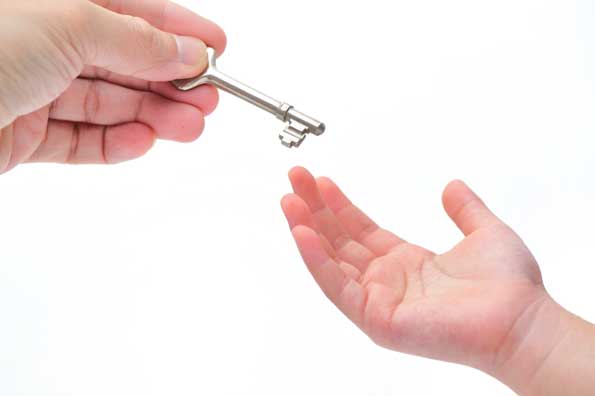 Young Canadians have been called a lot of things: lazy, entitled, the Peter Pan Generation who never grow up... So brace yourself for another unexpected label. One day many of us will be called heirs. Just think: nearly half of twenty-somethings are still living at home with their parents. If they’re patient enough, they could one day move from the basement to the master bedroom!

In all seriousness though, the looming “inheritance boom” doesn’t get a lot of coverage, except financial advice columns telling older wealthy Boomers to make a plan for their estates. But it has huge implications for the country, and for younger Canadians.

How much will be passed down?

The short answer is, it is very difficult to estimate how much wealth will be transferred between generations. Because Canada doesn’t have an estate tax, inheritance is not tracked by the Canada Revenue Agency. This means that the data on inheritance is fuzzy at best, and non-existent at worst.

A voluntary survey of Canadians who’ve received an inheritance found that the average amount was $57,000 – and that 26% received less than $5,000. Hardly a life-changing windfall.

But that could change for the next generation of heirs: the Baby Boomers. The Financial Post reports that the “aggregate net worth in 2012 of all senior households was $2.18-trillion,” in both savings and the value of their homes. As these golden agers pass on over the next 20 years, there will be a huge generational transfer of wealth to their Boomer children. It is estimated that close to 50% of households could inherit over $250,000.

What does this mean for younger Canadians?

It could mean a couple of things. First, in the medium-term it will be many of our parents that come into a lot of money, but it will be awhile before this wealth transfer begins to flow to Canadians currently under 45.

The timing and size of these inheritances is, of course, unpredictable because it’s tied so closely with parents’ health and wellbeing. But we do know that while previous generations of seniors have been net savers, Baby Boomers are expected to spend down their wealth more because of increasing life expectancy and different attitudes towards retirement. This may mean smaller nest eggs for younger Canadians when the time comes.

Second, a lucky few among us will benefit sooner rather than later. A growing trend has been for aging parents to pass some of their inheritance on to their children during their lifetime. These inter-vivos gifts – or “pre-inheritance” – can provide much-needed financial assistance earlier in life when young Canadians are making big investments in their education or housing and when their wages are lower.

In Toronto, where housing prices are increasingly out of reach for younger homebuyers, there’s plenty of anecdotal evidence that affluent parents are stepping in to provide assistance with hefty down payments, or co-signing for large mortgages. Parents are also making financial sacrifices to help cover rising tuition costs.

What are the broader implications?

Of course, this is great news if your parents are able and willing to provide that “pre-inheritance,” but it raises broader questions about financial planning and about equity.

Another issue is that inheritance perpetuates inequality. Wealthy families pass their assets on to their children and since Canada has no federal estate tax, there is zero direct redistribution. In fact, inheritance has been identified as one of the biggest contributors to wealth concentration.

There are also huge discrepancies across Canada, as British Columbians can expect an average inheritance of over $120,000, but Atlantic Canadians will get less than a quarter of that amount. Great news for heirs from wealthy families... Not so great for the rest of us.

Strangely though, this inheritance boom isn’t something that we seem to be thinking about. Investors Group found that four in ten Canadians whose parents have a will – the ‘heirs’ in waiting – have never discussed the terms. Neither have governments been focusing on it, even though it will have huge impacts on policies that relate to everything from taxation to social mobility, and from housing markets to pensions.

No one likes to think about the end of their life. But if governments, and Canadians of all generations plan for it, we’ll all be better off. As the saying goes, where there’s a ‘will’ there’s a way.