The Gap Has Become a Chasm

Generation Squeeze has been busy crunching the latest data on housing prices in Canada, building on past work to expose the disconnect between home values and earnings from paid work.

Spoiler alert – what we’ve found isn’t pretty.  Over the coming weeks, we’ll be releasing the punchlines for jurisdictions across Canada.

We’re starting with Ontario, to give voters in that province the most up-to-date information on housing ahead of the June provincial election.

Ontario just suffered the worst erosion of housing affordability in the last half century.

A typical young Ontarian now has to work 22 years to save a down payment on an average home – an increase of 6 years over the pandemic.  To close the gap between prices and earnings, average home values would need to fall $530k (over 60%), or average earnings increase by 150% to $137k/year.  Unsurprisingly, there’s been a 20% drop in the number of younger people who own homes… and their consolation prize for being locked out of the market is rising rents.

Rising home prices generate big wealth windfalls for homeowners – especially older Ontarians who got into the market years ago.  Of the 1 trillion in additional housing wealth gained since 1977, those over age 55 got 68%. Those under age 45 got 11%.

Yes… there are solutions!

Solving the housing crisis isn’t just about building more homes, as nice and tidy as that would be.  But there are concrete steps we can all ask our leaders to take: 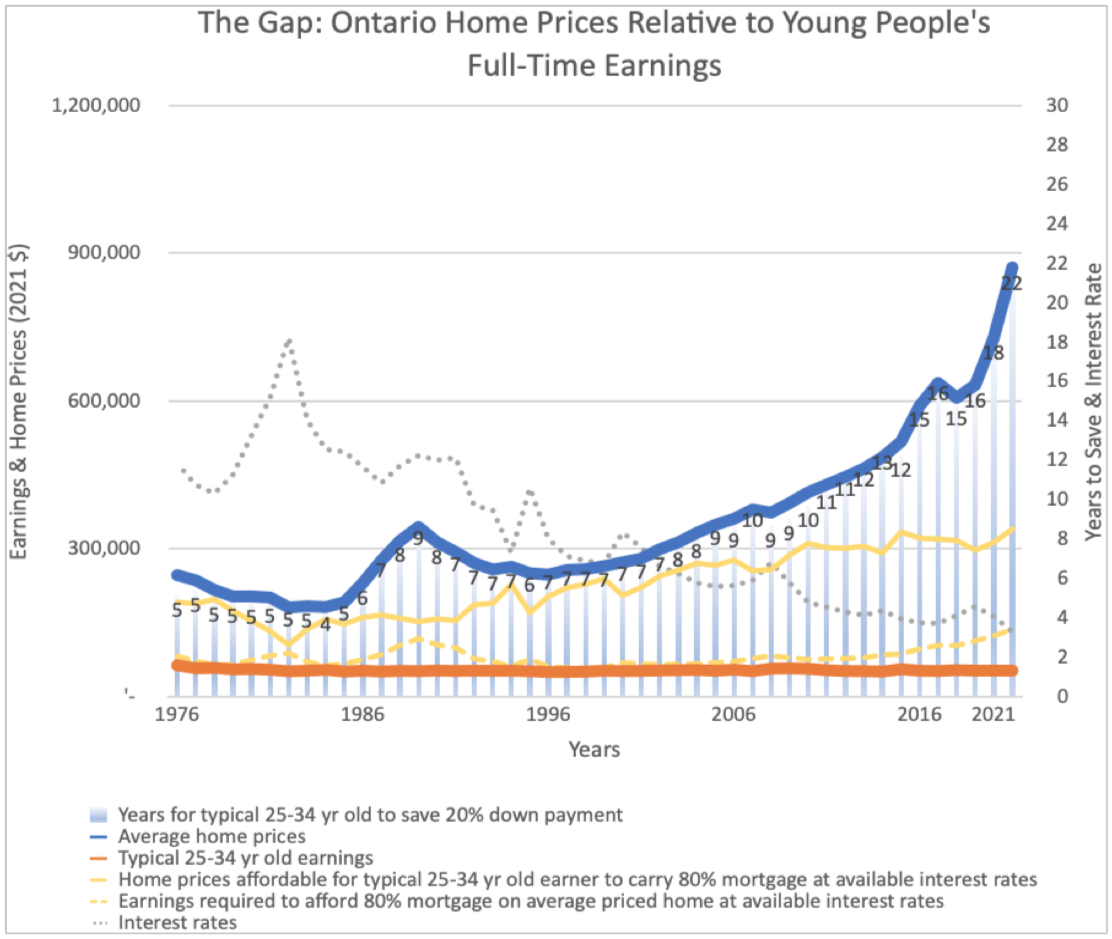