How the deck got stacked against young Canadians
By Ryan Vandecasteyen 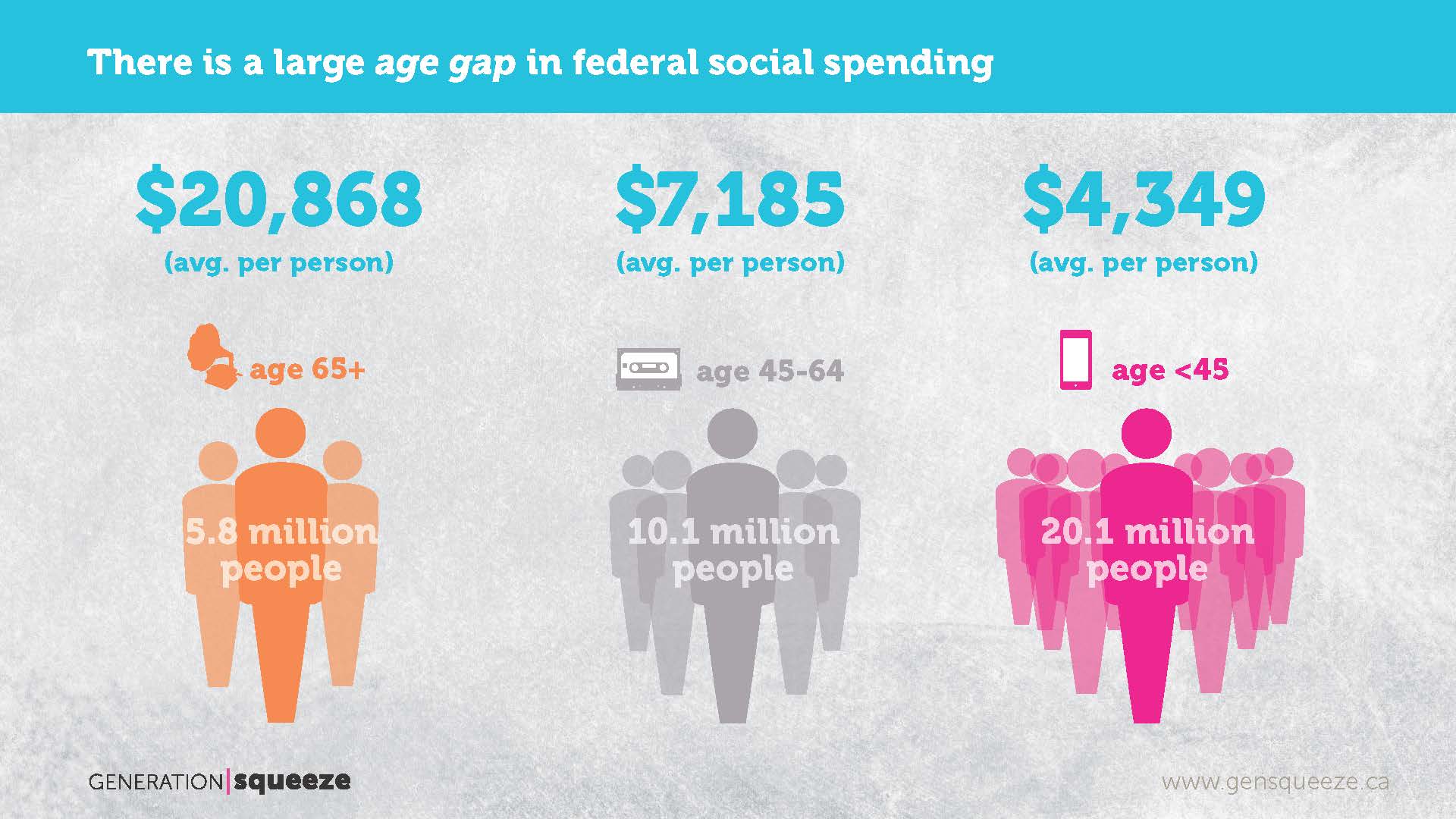 Over the last 10 years, our federal government invested more in the aging population while cutting their taxes. You might think my 71-year-old mother thinks this is good.  She doesn’t.

She knows it means the government paid too little attention to the growing economic and environmental risks facing her kids and grandchildren.

This is true, despite one of Mr. Harper’s favourite talking points – middle incomes increased on his watch.

Out of context, this fact obscures the bigger picture.  Compared to a generation ago, twice as many young Canadians now give up years in the labour market to pursue postsecondary to compete for jobs.  After spending more time and money in education, young adults struggle to land stable, full-time work with benefits.  For those who do, full-time earnings have not kept pace with housing prices.

The average cost of housing is up $116,000 after inflation compared to 2005.  Housing costs more even as apartments get smaller in our bigger cities.  This squeezes younger generations for space, time and money just when we want to start our families.  Compared to when Mr. Harper began as PM, we must work an extra 2 to 3 years to save a 20 per cent down payment.

Then, we must carry larger mortgages, working an extra month to make annual payments compared to a generation ago – even though interest rates are low compared to the 1980s.

For many, this crushes dreams of home ownership, while imposing rents driven by higher property prices.

The housing market that frustrates younger Canadians has been good for my mom’s demographic.  The average person age 55+ enjoys over $165,000 more wealth in their homes after inflation compared to 1977.

I’m glad my mom accumulated this wealth.  But she and I wonder why the federal government prioritized cutting taxes for the aging population?  Income splitting for seniors costs $1.1 billion annually.  The pension income credit costs $1.1 billion.  The “age” tax break for anyone 65+ costs $3 billion.

Not done there, Mr. Harper doubled the contribution limit for Tax Free Savings Accounts in his election budget.  Canadians age 60+ are three to five times more likely to max out their TFSAs compared to those age 18 to 49.  TFSAs shelter deposits from further taxation no matter how well investments pay off.

He also cut $168 million per year in taxes for affluent seniors by changing rules governing Registered Retirement Income Funds – at a cost that is greater in one year than all that Mr. Harper added to student grants over the next three.

Ironically, the opposition accuses Mr. Harper of cutting government spending because of his tax cuts.  But this isn’t accurate.  Annual spending on Old Age Security increased by $8 billion after inflation over Mr. Harper’s decade, and the Canada Health Transfer increased $10 billion.  Forty-seven per cent of health care spending goes to 16 per cent of the population age 65+.

What Mr. Harper didn’t increase substantially is spending on younger generations.  Ottawa contributes to a federal/provincial spending pattern that invests more than $33,000 per person age 65+ compared to less than $12,000 per person under age 45.  This calculation includes the PM’s universal child care benefit, and income splitting for one in three families with kids.

The NDP talks about $15/day child care.  But the $1.9 billion they budget isn’t a quarter of what is required.

The Liberal platform so far budgets the most of the big three parties for families raising kids.  But their promise to extend parental leave by six months is backed by too little money to make a meaningful difference.

By the platform numbers, the national party last in the polls is currently first for proposing more for younger Canadians.  The Greens would eliminate tuition for a first postsecondary degree, and may reallocate three times more money for child care services than the NDP.

The Greens promise more money than other parties for a national housing strategy.

And the Greens are concrete about pricing pollution so that markets ensure younger Canadians aren’t primarily left the costs of keeping our air, water, and land clean, while mitigating climate change.

No matter which party you prefer, it’s time all parties commit Ottawa to reporting how spending breaks down by age, and whether we are leaving at least as much as we inherited.

Although such reporting would cost Ottawa only a little staff time, it is a prerequisite for Canada to work for all generations.

Dr. Paul Kershaw is a policy professor at the University of BC, and Founder of Generation Squeeze (gensqueeze.ca).