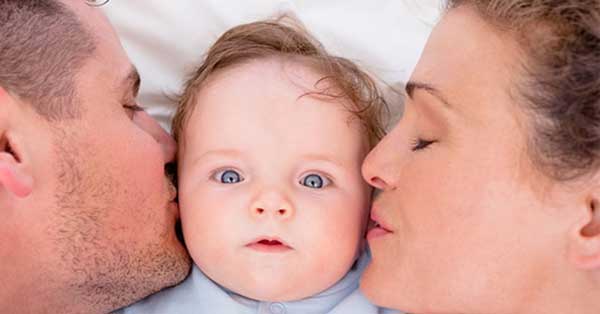 The federal Liberal Party is promising to expand flex time and parental leave, 2 of 3 planks in Gen Squeeze's own New Deal for Families. Many workers and families with newborns would stand to gain, though the proposals have some notable weaknesses

This election, our federal parties are increasingly recognizing the squeeze on younger Canadians, with Gen Squeeze goals, messaging and policy elements popping up in promises like the Conservative proposal to help first time homebuyers, the NDP commitments to child care, and today's Liberal promises on flex time and 18 month parental leave.

So what did the Liberals promise today, and who would benefit?

Mr. Trudeau promises to amend the Canada Labour Code to provide every federally regulated worker with the legal right to make a formal request to their employer – without fear of reprisal – for more flexible working conditions, including flexible start and finish times, and the ability to work from home.  His party would work with provinces to provide similar rights to workers under provincial jurisdiction.

Who benefits? Potentially anyone looking for more flexibility in their work arrangements (if the Liberals successfully negotiated similar rules with the provinces, essentially all workers would be covered).

This recommendation makes sense.  It’s time to update our employment regulations.  Many of them reflect norms from days gone by when policy makers presumed households would have one breadwinner working 40 hours, and one specializing in caregiving.  Now, this is far less common – partly because younger generations earn thousands less for full time work and face housing prices that are up hundreds of thousands.  The result is a major time squeeze, with many dual earner households losing a huge amount of time at home.  Providing employees new opportunities to balance their work, family and other responsibilities is a good idea.

There is a weakness in the recommendation. The Liberal Party makes no mention of supporting employers with incentives to organize their HR practices around shorter full-time norms – closer to 35 hours per week, rather than 40.  Nor does the Party mention measures that would discourage employers from adapting their HR practices around long full-time hours: eg. 40+/week.  Research shows this is a big risk, because previous efforts to introduce more “flexibility” in the labour code have resulted in an emphasis on people working more, not less.  The goal has to be to ease the time squeeze.

Size of investment: Changes to labour codes do not cost governments directly, so this is an inexpensive policy promise.

Liberals on Parental Leave for 18 months

Mr. Trudeau’s party would change parental benefits made available through Employment Insurance in two ways:  (i) allow parents to take multiple chunks of time within 18 months of the birth of their baby; and (ii) allow parents to spread the value of the current benefit paid over one year to be stretched across a total period of 18 months.  In other words, a lower leave payment over a longer leave period.

Who benefits? Anyone planning to have a baby soon or in the future.

We were excited when we first heard the Liberals were extending the leave duration from a year to 18 months, because that is one of the policy recommendations that Gen Squeeze has been advocating to all political parties.  A strong approach to expanding the leave period could take a big bite out of the time squeeze for people when they start their families.

Unfortunately the Liberal leave recommendation is pretty weak.  Mr. Trudeau’s team aims to ease the time squeeze without paying much attention to its source – the income squeeze.  Families are squeezed for time at home following the birth of a new baby because two earners today barely bring home more than one earner often brought home a generation ago; and costs are so much higher for young families today because housing prices have skyrocketed.

If we are going to ease the time squeeze, we have to make time outside of the labour market more affordable.  The Liberal parental benefit proposal doesn’t do this.

Instead, the Liberals stick with a monthly benefit that already doesn’t meet international benchmarks set by UNICEF; and proposes letting that benefit drop in value for those who may prefer a longer leave period.  This does little to loosen the vice grip in which many young families find themselves caught between time and money pressures.

That’s why the Gen Squeeze New Deal for Families proposes increasing the leave benefit value by around $15,000/year for the typical family with a new baby AND increasing the benefit duration from 12 months to 18 months per household.

Notice we recommend 18 months per household – not per person.  This is another weakness of the Liberal parental benefit.  Many analysts concerned about gender inequality will observe that the design of the Liberal recommendation has several problems.  Most notably, parental leave systems that allow more than 12 months per person result in harmful consequences for women in the labour market: e.g. women segregated into lower paying occupations, and women left on “mommy track” career progressions which reinforce glass ceilings.  Together, these reinforce the gender earnings gap.

That’s why Gen Squeeze recommends 18 months of leave per household:  up to 6 months reserved for moms; up to 6 months reserved for dads; and another 6 months used however families like.  Leaves would generally last up to 12 months per person (with some exceptions for single mothers and same sex couples).  Couples would have new opportunities to share the leave period with their child, giving dads new opportunities to get involved with the babies they love, while also accommodating the fact that dads are lousy breast feeders.

Size of investment:  Since the Liberals aren’t easing the money squeeze while people are on parental leave, their reforms don’t invest much in younger generations – just $125 million according to the press release.  Strong policy reforms to parental leave would invest billions.

Presently, the Liberals have allocated $6 billion in new money to their proposed Canada Child Benefit – outspending the federal Conservatives and NDP in this area by billions.  If Liberals want good leave policy, they should consider reallocating some of the money they target for their tax benefit to improve Canada’s system of benefits for new moms and new dads.

Dr. Paul Kershaw is a UBC Policy Professor, and Founder of Generation Squeeze.