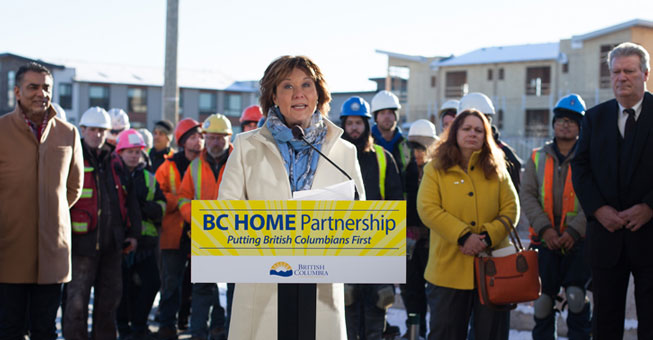 The B.C. government announced it will help first time home buyers to cover the cost of a mortgage down payment by providing a loan of up to $37,500 that will be interest free and payment free for the first five years.

Dubbed the “B.C. Home Owner Mortgage and Equity Partnership program,” the intention of the policy is to assist prospective first time buyers who can afford the mortgage payments on a new home but are challenged to make the down payment.

According to provincial government numbers, the program will spend around $234 million annually over three years to help an estimated 42,000 buyers.

You can learn whether you're eligible, and how it works here.

You’ve got to give the provincial government credit.  Their announcement shows that it is paying attention to the #CodeRed crisis that younger generations face in the housing market throughout B.C.

In 1976, it used to take around 5 years of full-time work for a young adult to save a 20 percent down payment on an average home in this province.  Now it takes over 16 years, and requires more work still in Metro Vancouver. 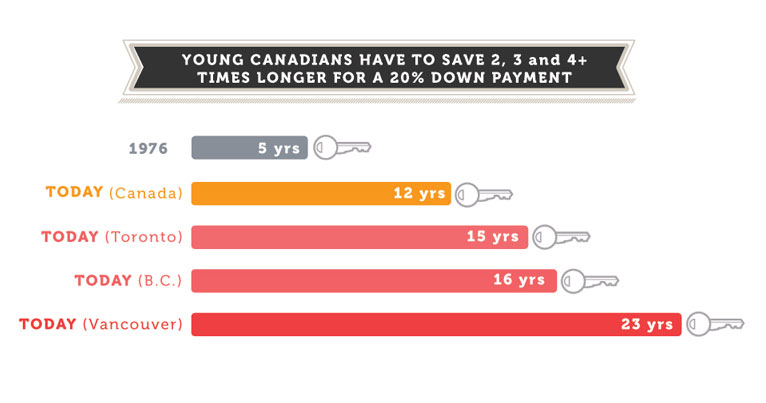 So adapting policy to compensate younger Canadians for the harm inflicted on their standard of living by the housing market is an appropriate government priority, especially when the high home prices that harm young adults often make other, older members of their families wealthier.

Give the Premier and her government an A+ for good intentions. But they don’t get a passing grade for execution.

Any adequate, and sustainable, policy adaptation to the #CodeRed crisis facing younger Canada in the housing market must prioritize measures that are less likely to encourage home prices to leave earnings further behind.

The proposed government loans do the exact opposite, because they fuel market forces that pump up the sales price and ultimately result in predominantly young people paying more for a home that would have cost less in the absence of the government’s loan program.

The result is first time home buyers will get in more debt, while those already in the market (often our parents, grandparents or developers) will get wealthier because they can sell their home for even more.

This new program to help first time homebuyers is in contradiction with the B.C. government's stated goal of "controlling the cost of housing."

If B.C.'s leaders want an A+ on helping first time homebuyers, they need to focus on policy that helps rein in escalations to already sky-high housing costs.

Or put another way, our leaders need to enact policy that helps to recouple home prices to earnings.

Our evidence-informed #CodeRed framework for housing policy offers a set of principles that would do a better job recoupling homes prices to earnings, including:

In sum, while I'm heartened by the Premier's good intentions to help predominantly younger British Columbians cope with high home prices, this new loan program contradicts her government's stated goal of "controlling the cost of housing."

Accordingly, Generation Squeeze will strive to engage those good intentions by encouraging her government to refine its policy proposal to reduce the harm it will likely cause, while amplifying the positive outcomes it aims to achieve.

Dr. Paul Kershaw is a policy professor in the UBC School of Population and Public Health, and Founder of Generation Squeeze.