Government budgets have been stingy to younger Canadians for decades: Study
Limited investment in younger generations deviates from best evidence about health promotion

The first budget of the minority Trudeau government is just weeks away.

It is likely to underinvest in younger Canadians, according to a new study published in the Canadian Journal of Public Health, even though fair investment in young and old alike is important for promoting well-being.

Since 1976, governments have increased investments in retirees four-times faster than they have in Canadians under age 45, a cohort that includes children, young adults and parents in their prime child-rearing years.

That’s enough to pay for a national childcare program twice; or increase postsecondary spending by 50%; or rapidly accelerate the national housing strategy in response to the growing gap between rents, home prices and young people’s earnings.

What’s worse, the study finds that half of the stingy investments in younger Canadians went to medical care, including considerable increases to doctors’ remuneration. This deviates from science which shows that health does not start with health care.

Health and well-being start where we are born, grow, live, work and age – conditions that are shaped by investments in childcare, family time, education, income-support, etc. These programs received a fraction of the investment in illness-treatment.

So how did we get here? The study documents two trends that result in anemic investments in younger Canadians. First, government spending on old age security and medical care for retirees increased a whopping $39 billion per year.

Second, governments increased general revenue by just $11 billion per year – barely one quarter of the growing investments in older generations.

These two budget trends crowd out other government investments. Programs that matter most for promoting well-being for younger Canadians regularly lose out, even though Canadians under age 45 now inherit government debts that tripled from $15,000 in 1976 to $44,000 today.

By comparison, relatively limited spending was committed to make housing more affordable, reduce childcare and postsecondary costs, or tackle the climate crisis that will impact younger and future generations far more than our elders.

The study concludes this doesn’t need to be a zero-sum game. New investments for younger generations can be funded from existing spending or added revenue in ways that do not change how governments invest in our aging population. There’s no reason why spending on childcare can’t grow at least half as fast as spending on old age security.

Balancing the scales requires governments to diligently report increases in old age security and medical care for retirees compared to spending on programs that matter for younger Canadians. The federal government released its first age-based breakdown of spending last year, but the analysis still needs improvement.

Serious attention is needed around the roll-out of Pharmacare, too. Bulk buying at the national level will save Canadians money and address barriers to accessing much-needed medicines. Adding billions more to the medical budget, though, is out of step with evidence about health promotion, if it undermines investments in the social programs that actually promote health.

Pharmacare budgeting must also consider how to finance the program in ways that do not squeeze younger Canadians more than existing intergenerational tensions in public finance already do.

Easing these tensions requires governments to adapt their revenue sources. It is time to tax unhealthy things more – like pollution and high housing values. This could allow governments to tax healthy things less – like earnings for the middle class and those working hard to join them. And it could pay for investments to promote well-being throughout our lives, ensure there is enough medical care to treat our illnesses when we get sick, and do all this without leaving a massive stack of unpaid bills for younger Canadians and future generations. 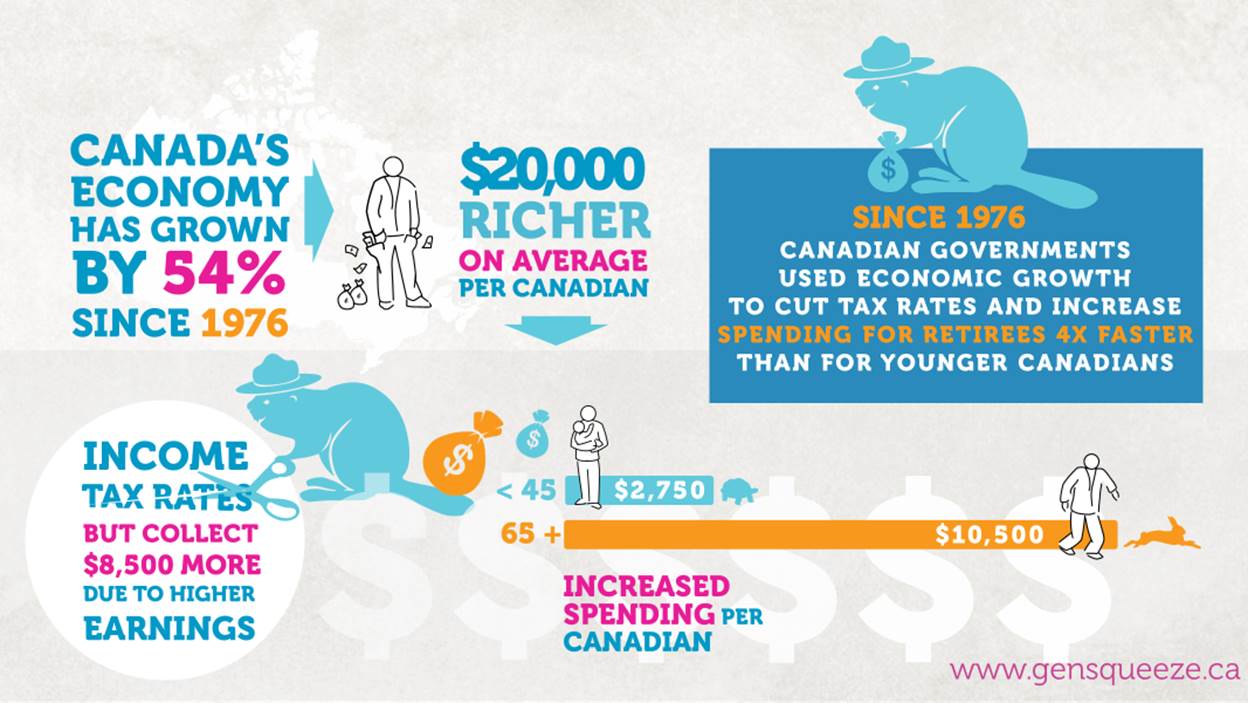 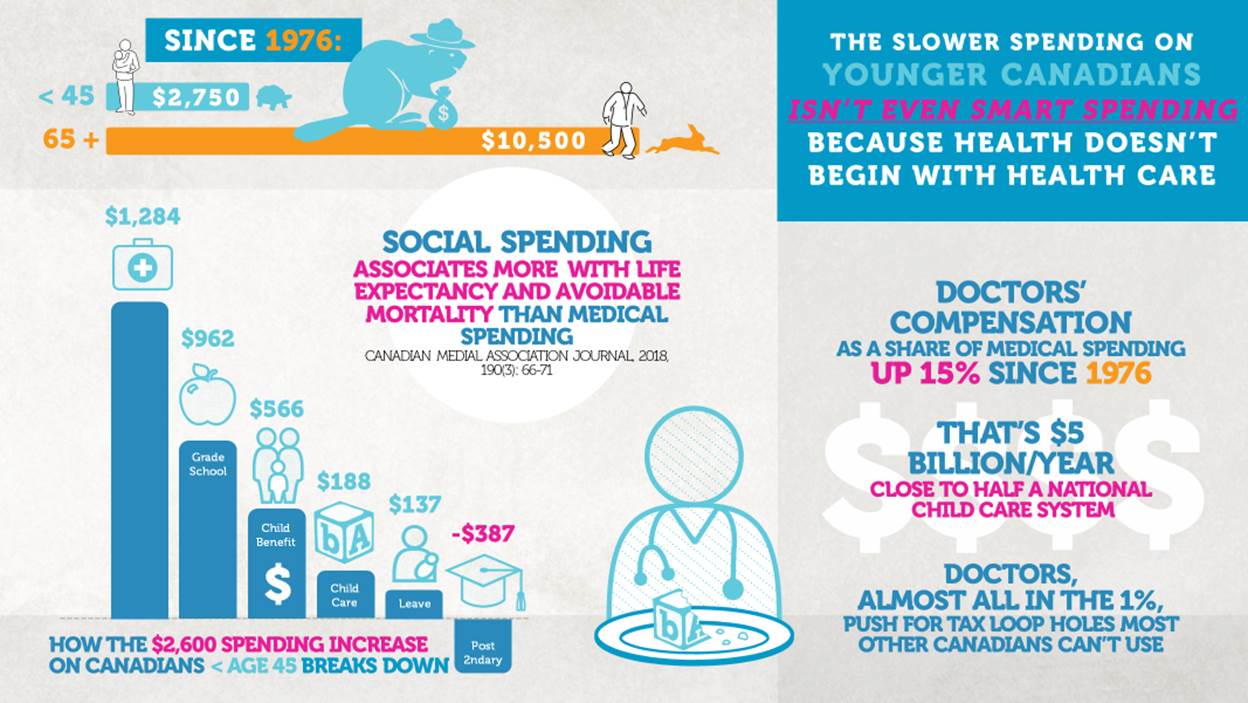 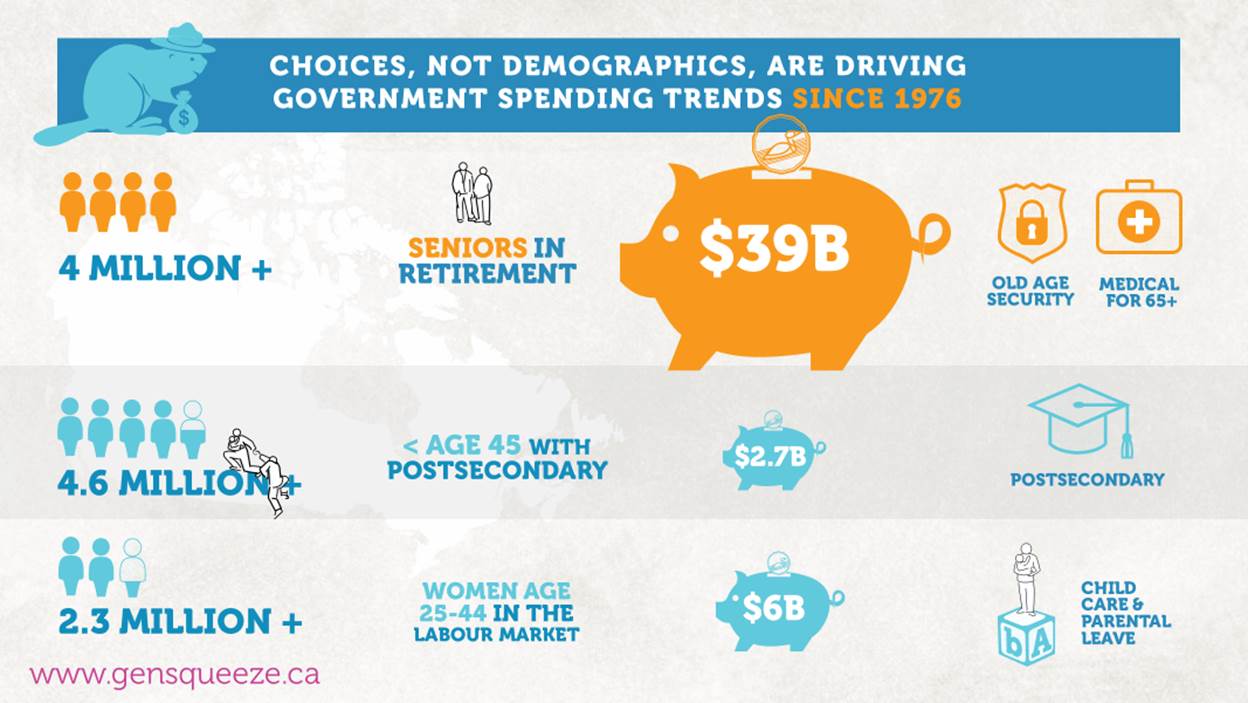 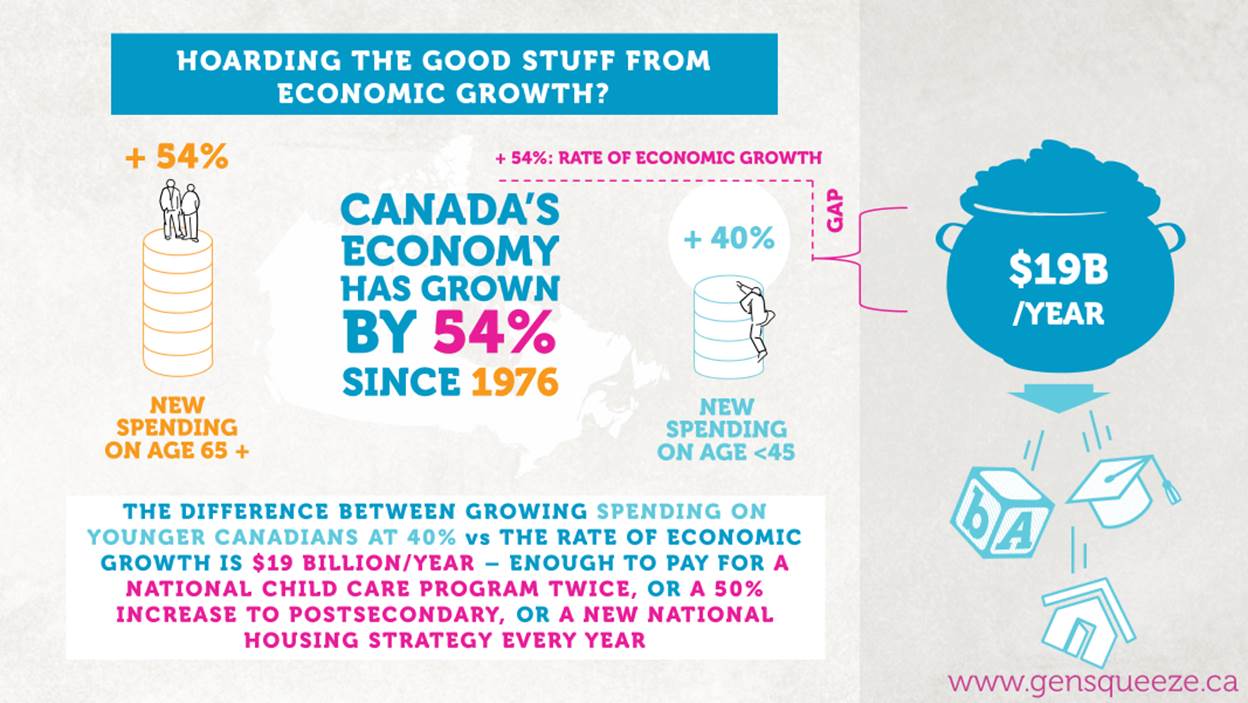 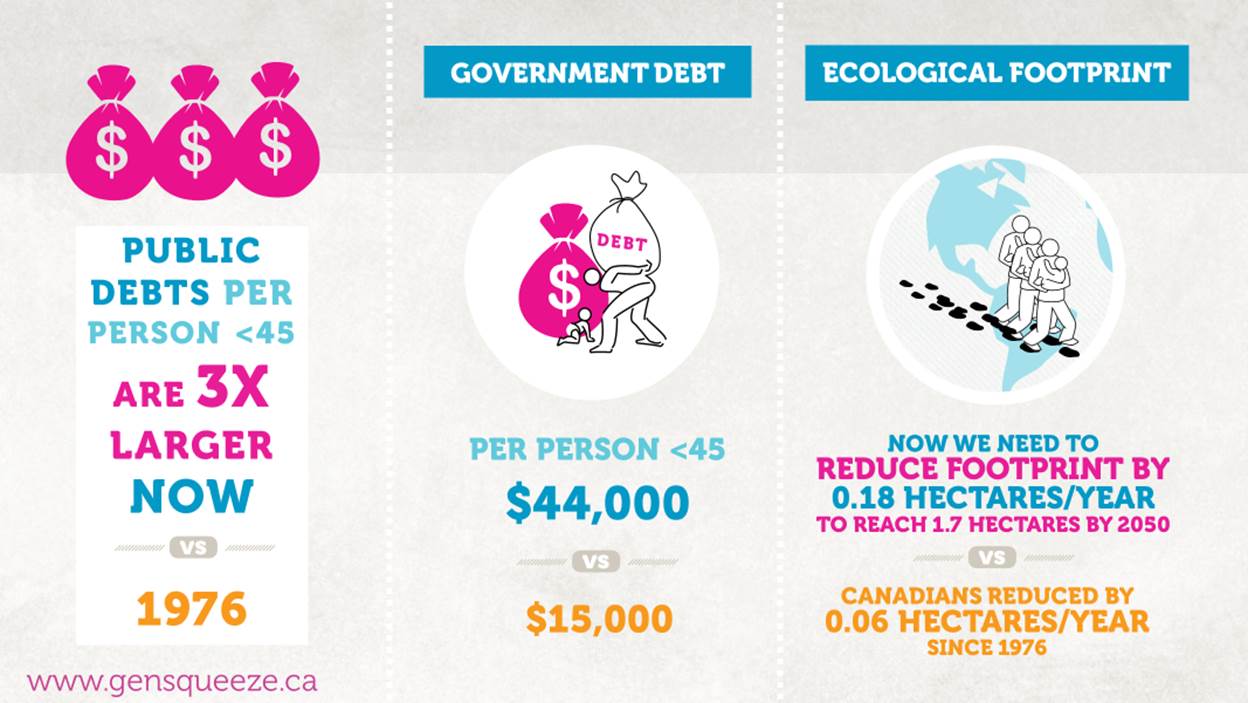