A new analysis shows voters just how far each federal party’s election promises go towards tackling some of the top issues in this fall’s vote.

Today, Generation Squeeze released a series of analyses that score and compare the housing and family affordability platforms of four federal parties: Conservatives, Greens, Liberals and NDP. The analyses show which party platforms are most likely to meaningfully address challenges related to the cost of housing and raising a family, and achieve key goals. An analysis was also conducted of each party’s commitments to budget fairly for younger and older generations alike (“intergenerational budgeting”). 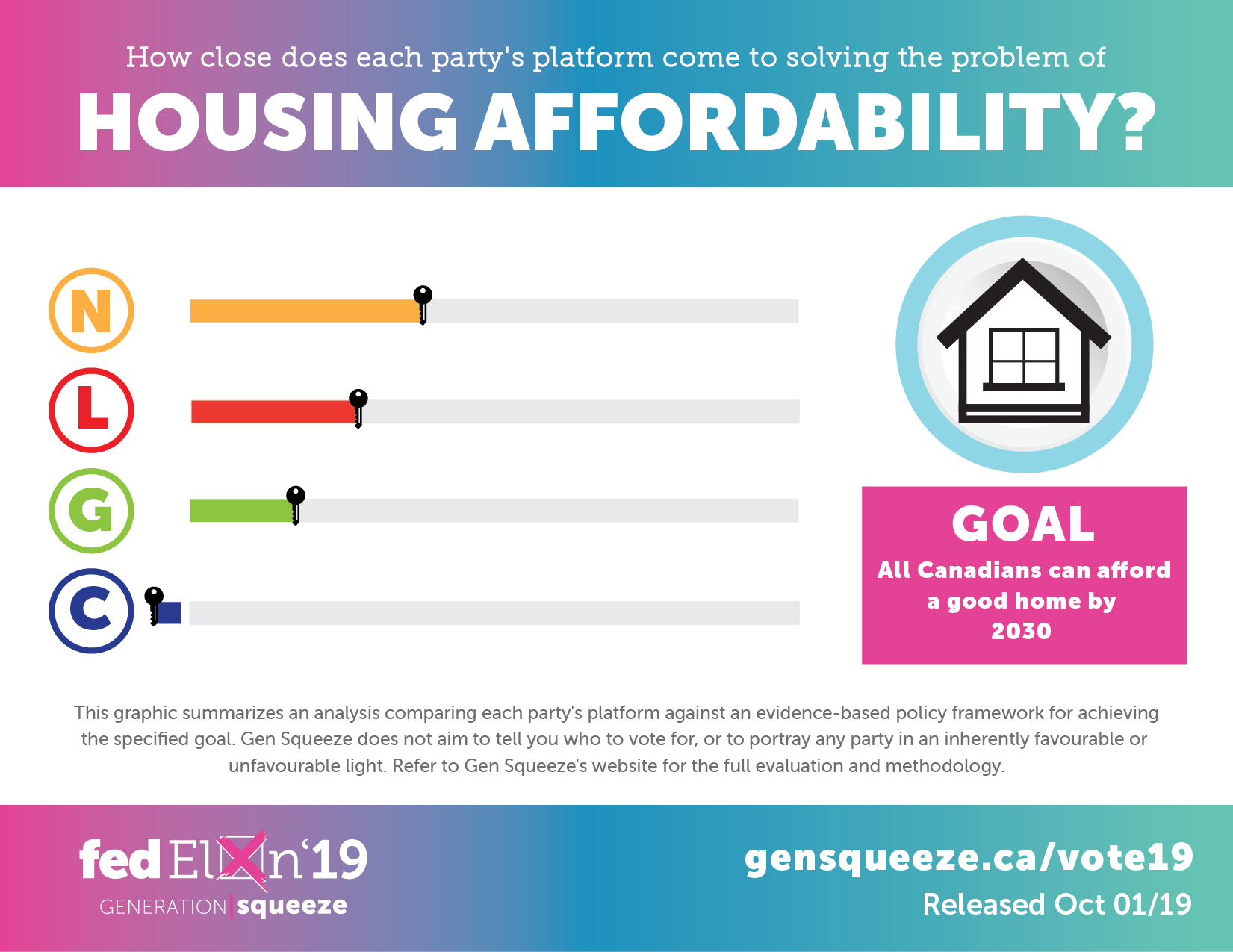 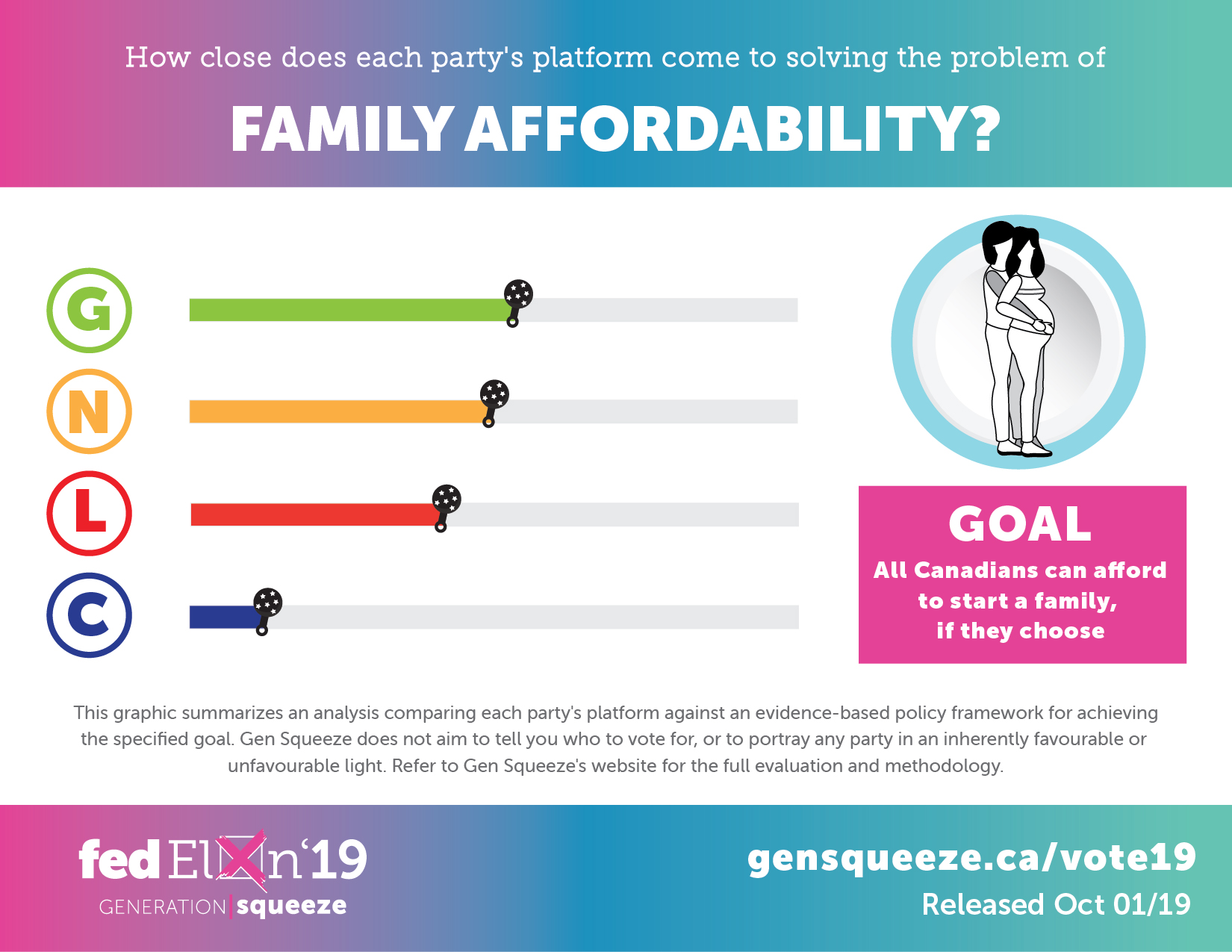 “So many commitments are made by parties before an election. Our analysis was designed to help Canadians, especially younger ones, understand how far these promises will actually go towards solving some of the big issues on their mind,” said Paul Kershaw, University of British Columbia professor and founder of Generation Squeeze, a research and advocacy organization for Canadians in their 20s, 30s and 40s.

Gen Squeeze’s Lab, based at UBC, scored each party’s commitments based on an evidence-driven policy framework for achieving specific goals. The results of each platform analysis are distilled into a score out of 10 for each issue, which is supported by detailed commentary.

The analyses will be updated as parties continue to make announcements and release additional information. An analysis of each party’s climate change platforms will also be released next week.

Generation Squeeze undertook its analysis as part of a broader effort to support voter turnout in the Oct. 21 federal election. Research shows that younger people are less likely to vote if they don’t understand political issues. 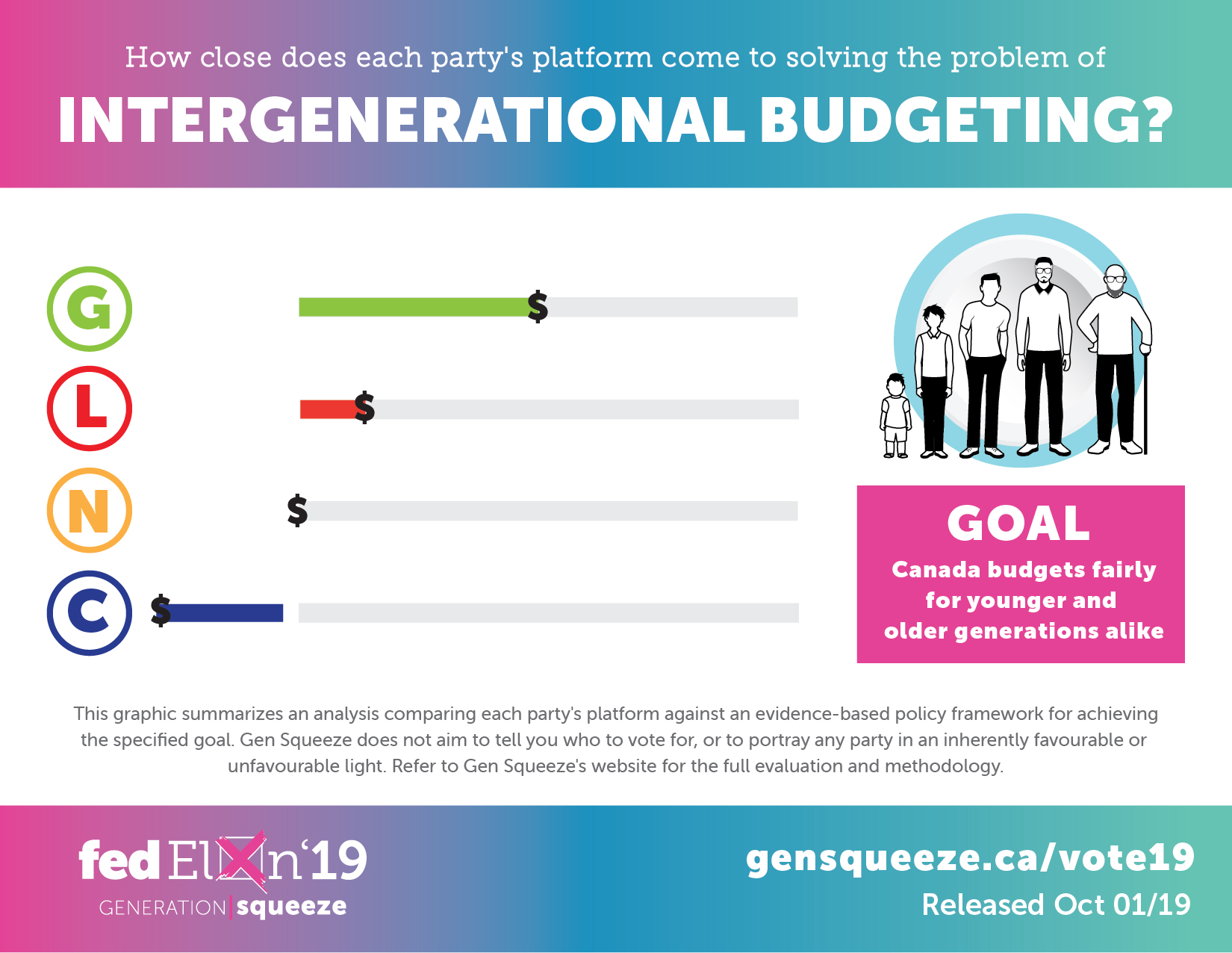 Generation Squeeze is a non-partisan, non-profit organization and registered as a third party advertiser for the 2019 federal election. The organization will be distributing its analysis to the general public, media and Gen Squeeze’s network of supporters.