NDP's child care gamble
NDP plan would spend less on families than the Conservatives, but spend smarter
By Ryan Vandecasteyen 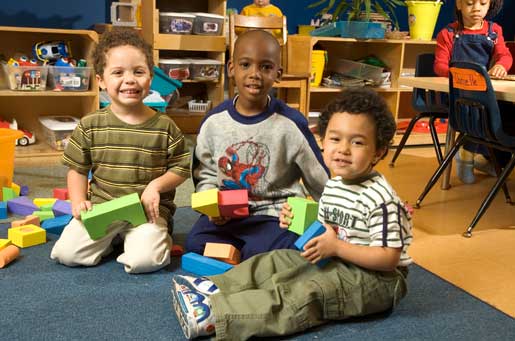 NDP plan would spend less on families than the Conservatives, but spend smarter

Child care services often cost more than university at the very moment many parents are trying to pay down their own student debts. Add those costs on to housing prices that are nearly double what they were a generation ago and it is no wonder young people are being squeezed financially.

Given this context, the federal NDP deserves credit for committing to reduce the cost of child care to $15 per day, down from the daily rate of $30-plus that is common outside of Quebec.

As founder of Generation Squeeze, which developed a $10/day child care recommendation for Canada, I applaud the NDP for talking honestly about the investment required to lift Canada from our status as an international child care laggard. To make his party’s goal a reality, Thomas Mulcair says that an additional $5 billion in federal spending is required annually, along with near-matching dollars from provincial governments.

This honesty is in contrast to that of former Liberal Prime Minister Paul Martin who campaigned in 2006 on a promise to spend $5 billion in total over five years. Research showed his promise was insufficient to build a child care and early education system.

Then-opposition leader Stephen Harper quickly countered the Liberal proposal with his own $2.7 billion annual subsidy for the Universal Child Care Benefit, which would provide $100 monthly payments to families with children under age six. While not enough to pay for child care services or to make it affordable for a parent to remain home, it proved to be a politically successful plank in his platform.

The NDP risks walking into a similar trap as Martin did. Because its $5 billion a year commitment doesn’t come into full force until the eighth year of its mandate, the party is attempting to win votes now by promising less than $2 billion in new annual spending for families over the next four years. Prime Minister Harper, on the other hand, continues to support income splitting for families with kids next year, starting with an annual payment of another $2.7 billion.

By the Conservative Party’s own numbers, their latest $2.7 billion annual promise will only benefit 38 per cent of families with children. Couples in which both parents earn similar amounts won’t benefit, nor will single parents.

A small minority of couples with a stay-at-home parent will save around $6,500 a year from income splitting when the breadwinner earns over $125,000. These earnings are not enjoyed by the majority of one earner couples with kids whose median income is around $42,000 when the earner is male, and $25,000 when female. With income splitting, these typical families will save no more than $1,100.

When you consider the typical young couple in 1976 earned $65,360, often on one salary, saving $1,100 doesn’t close the financial gap that couples face today compared to the past.The only way to close the gap is a second income, which generally require many thousands of dollars in annual expenditures for child care services.

Government investments in child care and early education services are a more equitable, inclusive and efficient way to reduce the time and money squeeze on younger generations. This is especially so when these investments are made in combination with additional expenditures on parental time as Generation Squeeze recommends.

Generation Squeeze will release a new study this winter showing that Canadian governments added nearly $400 in social spending per person age 65+ during the 2014 budget cycle, compared to around $66 per person under age 45. If spending increases per young person matched those of retirees, not only could Canadians implement $10/day child care within one election cycle, we could also reduce the squeeze on parental time at home in ways that are more inclusive and fair than income splitting.

Dr. Paul Kershaw is the founder of Generation Squeeze, and a policy professor in the UBC School of Population & Public Health