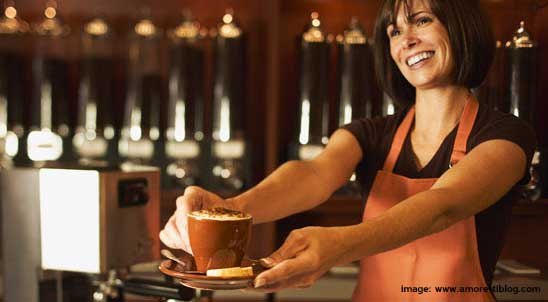 Nobody has much pity for the poor university grad these days. A degree has traditionally netted better pay and more job security. The unemployment rate for grads is well below the national rate, at about 5 or 6 percent

Sure, there is a growing legion of grads toiling away as baristas, waiters, taxi drivers and bar tenders because they can’t get jobs in their field of stud

But it’s probably their own fault. What else is your Philosophy Major good for than waxing poetic about Foucault while making lattes?

But this perception that only the grads that chose ‘less-employable’ degrees are struggling is increasingly missing the mark. As job markets get tighter and universities raise tuitions and pack the classrooms to pay the bills, even grads from professional programs like law, business and public administration have been graduating to poorer job prospects with higher debt levels.

Law students across Canada are certainly not being spared. In Ontario, tuition levels have skyrocketed by up to 200 percent over the past decade – now exceeding $30,000 per year at the University of Toronto for a three year degree. Unsurprisingly, average law school debt has jumped to $60,000. At the same time, the percentage of law graduates not able to secure articling jobs (the stepping-stone to becoming a lawyer) has more than doubled to nearly 15 percent.

The problem is simple: there are more law students than articling jobs. This is because, in spite of an already saturated market for new lawyers, universities across Canada have been creating new law schools and increasing class sizes. Why? Well, it helps that law students pay significantly higher tuition than other degree programs, helping to subsidize other university costs.

Faced with this “articling crisis” for new grads, the Law Society for Upper Canada (LSUC) – Ontario’s overseer of the legal profession - has been the first to respond. Rather than advocating for slower expansion of law programs and more articling jobs, LSUC created the Law Practice Program (LPP).

The idea is, instead of getting an articling job that builds important professional experience, career networks and provides a paycheque to keep the lights on and pay down debt, unemployed new graduates take a four-month, online course – that costs them nearly $6,000. The lucky graduates that do get articling jobs will subsidize this new program through an 80 percent rise in their articling fees (or, more than $2,000).

In March, the student societies from Ontario’s seven law schools also agreed to form the Law Students Society of Ontario (LSSO) to advocate for fairer treatment. University of Windsor law students have written an Open Letter to LSUC demanding that the cost of the LPP not be carried solely by already debt-burdened law graduates entering a brutal market for young lawyers.

Why not have well-paid current lawyers help cover the costs, they ask? In Ontario, there are over 40,000 practicing lawyers that take home an average of $100,000 per year. While new grads pay thousands, these lawyers were asked to pay $15 per year to help fund the LPP program.

But this inequity has everything to do with who controls LSUC: already practicing lawyers, most of whom are in the later stages of their career. The LSUC board that approved the articling program and its funding model are voted in by licenced lawyers – forty per cent of whom are over the age of 50. They are protecting their own generation’s interests at the expense of younger generations.

The Ontario model will most likely be adopted in other provinces in the near future as well. With a similarly saturated job market for grads in BC, I expect that province’s Law Society to quickly adopt a program similar to the LPP.

Across Canada, the theme is the same: universities and governments recklessly pumping out indebted graduates into job markets where there are serious barriers to finding work. Maybe it’s fair that nobody pities the university grad, but it isn’t just the Philosophy Major that’s struggling.

Adrian Camara is a law student at the University of Western Ontario.

A full service digital creative agency that's all about working with the people and organizations that protect our planet and make the world a better place.
Information
Need legal advice? Ask your barista.
Need legal advice? Ask your barista.
Check out Generation Squeeze. I just joined.
Read the blog at Generation Squeeze
Latest News & Resources (archive)