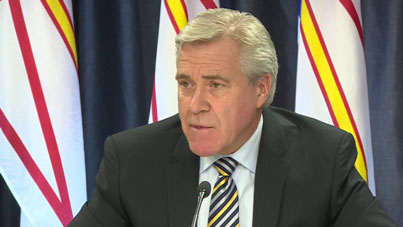 Premier Ball inherited a lousy problem.  The previous government left an operating deficit equal to 5 per cent of the entire Newfoundland and Labrador economy. This is way bigger than the deficit inherited by the new Alberta government, another oil-reliant province.

So one can understand why Mr. Ball feels there is “no choice but to take bold actions” in his 2016 budget to secure “the well-being of future generations.”

His emphasis on generational fairness is important.  Here are the facts:

The result is an $8,000 spending gap between a retiree and younger citizen – one of the largest age gaps in the country.  Newfoundland and Labrador has paid for much of this age gap lately with oil revenues that are unreliable and which impose environmental debts on kids, grandchildren and future children of the province.  Plus, the provincial gap is made much larger by federal spending on old age security.

The large age gap signals limited urgency from the Newfoundland and Labrador government to ease the squeeze facing its younger demographic.  A typical 25-34-year-old in the province now earns slightly less for full-time work than did the same age person in 1976, after inflation.  Young residents earn less even though they are more likely to have postsecondary, and face housing prices that have nearly doubled. To compensate, those in their 20s, 30s, and 40s devote far more time to paid work, especially young women.  All the while, the increase in housing prices generates wealth for those who purchased homes decades ago.

Given the squeeze for time and money on younger residents, it is discouraging that Premier Ball’s government slowed down spending primarily for programs that target younger people.  For example, the slowdown in expenditures on child care, grade school and postsecondary were three-times larger as a share of those budget items than was the slow down in medical care spending.  Spending for medical care actually increased again in 2016 by $42 million after adjusting for inflation.

Canadian Institute for Health Information (CIHI) data show that 51 per cent of the $2.95-billion medical-care budget will go to the 19 per cent of the population age 65-plus.  This means medical care for retirees adds up to more than the entire grade school and postsecondary budgets put together.  At this level, Newfoundland and Labrador spends $5,000 more on medical care per senior than does New Brunswick, and is also well ahead of Nova Scotia, PEI, and most other provinces

Spending more on medical care might be good if Newfoundland and Labrador got better outcomes.  But it doesn’t.  According to CIHI, the province generally scores below the Atlantic provinces for influenza vaccination rates for seniors, and for avoidable admissions due to chronic lung infections and diabetes.  The province also falls below its peers for having worse than average results for breast and colorectal cancer mortality, as well as in-hospital deaths following admittance for a heart attack or stroke.

These findings suggest the province may be wasting money on medical care, and should search for savings from that part of the budget as much, if not more than, other areas.

The size of the opportunity to spend more wisely might shock you.  For the sake of being provocative, imagine the province reallocated one-quarter of medical care spending.  This would equal around $700 million, or half the government’s operating deficit.  By the provinces own health care budget numbers,1 such a reallocation would still have the province outspending New Brunswick by nearly $2,000 per senior for medical care, while continuing to outspend BC and Ontario by $500 to $1000.  Since these provinces report as good or better health, there is every reason to believe Newfoundland and Labrador can achieve today’s health outcomes while spending substantially less on medical care.

Why is this important?  Because reallocating ineffective medical spending could pay for programs that will promote the population’s health or achieve other benefits, including: a $10/day child care system, better parental leave, investment in training, enhancing environmental protections, and reducing the deficit.

Narrowing the age gap in provincial spending by investing in such areas is required if the province is going to work for all generations.

1 Note April 20, 2016:  It is worth noting that the new government may have adapted the way that health care spending is reported in provincial documents by altering the label to "health and community services."  We have given a careful read of the services that are included in this category of spending in the Estimates in section 18 (see pages 18.0 to 18.10 of the 2016 Budget).  This material suggests the spending is consistent with what other provinces report as part of their health expenditures.