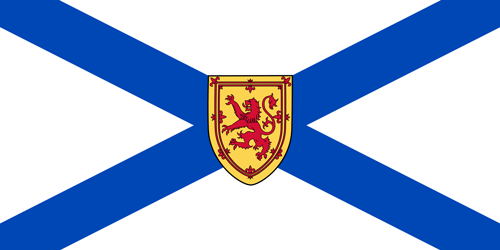 Premier Stephen McNeil primed Nova Scotians for a “tough” budget in 2015.  But he didn’t tell us his government would save the toughest treatment for younger citizens

Coming into this fiscal year, Nova Scotia already contributed to a combination of federal, provincial and municipal spending that totals more than $33,000 per person age 65+ compared to less than $12,000 per person under age 45.  In his 2015 budget, Premier McNeil reproduced the provincial part of this age gap.

The bulk of Nova Scotia spending goes to health care ($4.1 billion), early child development and grade school ($1.2 billion), postsecondary and other training ($0.7 billion), along with social services for persons with disabilities, seniors and families ($0.9 billion). Total spending in these areas is up slightly from 2014 after adjusting for inflation – by 0.7 per cent or $46 million.

Once we account for demographic changes, all the new spending will go to those age 65+.

This will happen partly because another 6,200 citizens will age into the 65+ category, while the population under age 45 drops by 4,200.

At these levels, Nova Scotia spends less on younger citizens than any other province.  The government tolerates this dubious distinction while spending $2,000 more per retiree than in New Brunswick.

Medical care is at the heart of this age gap.  Around 53 per cent of Nova Scotia’s $4.1 billion health care budget will go to services and procedures for the 19 per cent of the population age 65+.  This means medical care for seniors adds up to nearly double the entire budget for early child development and grade school, and is three times larger than all provincial spending on postsecondary and labour.

Medical care for the aging population is important.  My grandmother is 99, and my mom 70.  I want to protect their medical care as does every family member with an aging relative.

That’s why we need to focus more on revenue sources than we have lately. As citizens age 65+ grew from 9 per cent of Canada’s population in 1976 to 15 per cent today, governments added $32.5 billion in annual medical care spending for this age group.  But governments did not increase revenue to pay for it.

Instead, governments held postsecondary spending relatively constant since 1976, even though twice as many young people pursue this extra education to compete for jobs.  Similarly, governments didn’t build a child care system, even though young Nova Scotia women increased their labour force participation by 75 per cent – more than any other province with the exception of Newfoundland.

These trade-offs persist in the 2015 budget.  While protecting spending for the aging population, the government didn’t protect the cap on postsecondary tuition, which is already $3,300 higher than in 1976.  Nor did it fund a meaningful plan to grow child care spaces and bring down fees.

We don’t have to cut important services for seniors to escape such age trade-offs.  Other reallocations are possible, or we can listen to the recommendations of the Tax and Regulatory Review commissioned by the province from Laurel Broten in advance of the budget.  She recommends that Nova Scotia raise revenue less from income taxes and more from systems that put a price on pollution.

From a generational perspective, it’s time to think about this option.  Since we’ve spent decades raising medical care spending for the aging population without collecting additional revenue, we now have less to invest in younger generations.  By pricing pollution, Nova Scotia could ease the squeeze that younger citizens face from earning thousands less than in 1976 (after adjusting for inflation) while paying pay higher housing prices, larger student debts and child care fees that cost more than university.  By pricing pollution, Nova Scotia could do all this while reducing environmental debts left primarily to younger Canadians, their kids, and the children they still want to have.

Dr. Paul Kershaw is the Founder of Generation Squeeze, and a policy professor in the UBC School of Population Health