Briefing Note: First Meeting of the Ontario Housing Forum
Governments often judge the success of economies by economic growth rates. Ontario is currently performing reasonably well according to this metric, but blunt growth rates provide incomplete, and sometimes distracting signals about the success of an economy.
By Ryan Vandecasteyen 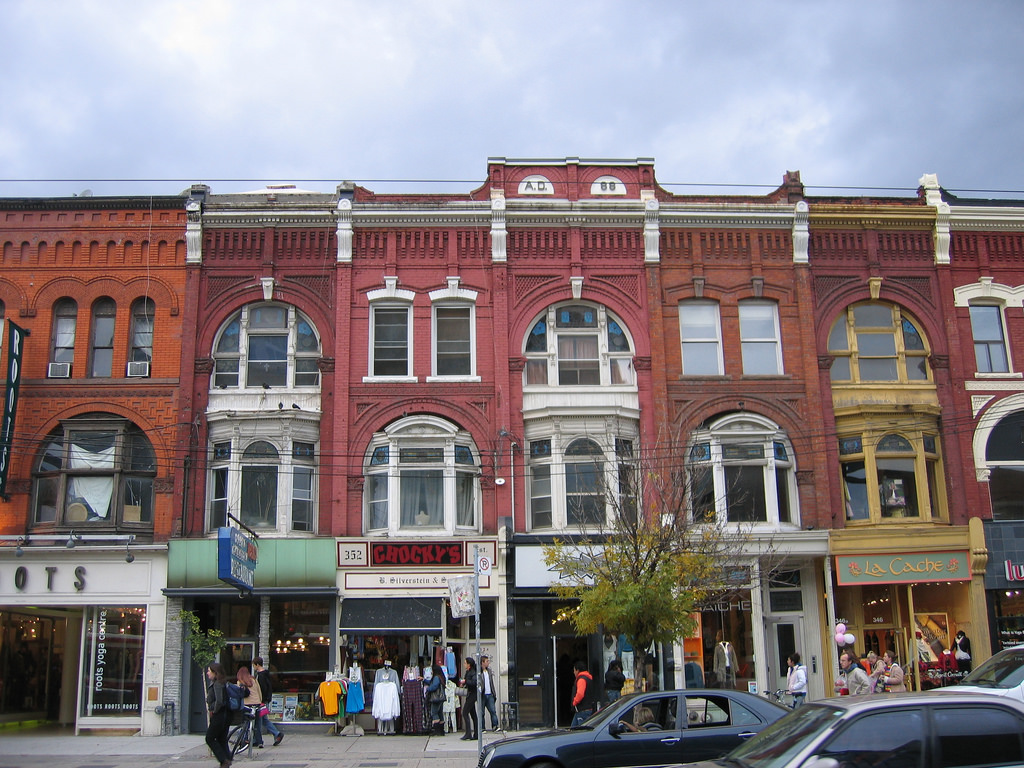 Following our Toronto Code Red community meeting and launch event, our report "Ontario has the second worst economy in the country for younger generations," our collaborative push to end Ontario's 1991 rent control loophole, and meetings with Ontario Ministers of Finance and Housing, Generation Squeeze has been invited to participate as a member of Ontario's new Housing Forum. We extend our thanks to the Government of Ontario for the invitation and opportunity!

This briefing note was prepared by Gen Squeeze's Dr. Paul Kershaw in advance of the first housing forum meeting on July 5, 2017.

Please consult our 2017 study “Code Red: Ontario is the second worst economy in Canada for younger generations” available at http://bit.ly/GS_ON2ndworstecon for data tables, figures, etc. to support the information shared in this briefing note.

Canadian governments often judge the success of economies by reference to economic growth rates.  Ontario is currently performing reasonably well by comparison with most provinces according to this metric.

However, blunt growth rates provide incomplete, and sometimes distracting, signals about the success of an economy.  The growth that Ontario has experienced over the last two decades reflects acceleration in the real estate sector, and deceleration in manufacturing, especially after the global financial crisis of 2008.  Real estate, rental and leasing now represent the largest share of Ontario’s total gross domestic product – at nearly 14 per cent of the economy.

Regrettably, a much smaller proportion of Ontarians find employment in that industry.  Even in Toronto, where home prices are higher than anywhere else in the province, real estate, rental and leasing represent less than three per cent of employment.

These data reveal that the escalating home prices that have been a prime driver of Ontario’s economic growth in recent years have not also grown employment opportunities at a corresponding pace. Such growth imposes big costs on younger Ontarians, driving their major cost of living – housing – out of reach for the wages they can earn.

When we dig deeper to examine the actual incomes that Ontarians earn relative to housing costs, the data reveal that the standard of living has deteriorated more dramatically for younger people in Ontario in recent years than anywhere else in the country other than British Columbia.  For example:

Ontario has lost control of home prices for young people:  The average home price in Ontario (including condos, apartments, houses, etc.) is over $535,000 – more than $140,000 higher than any other province except B.C.

Hard work doesn’t pay off like it used to:  It took five years of full-time work to save a 20 per cent down-payment on an average-priced Ontario home in 1976-80.  By 2003, it took eight years when the Ontario Liberals formed government.  Now, it takes 15 years on average.  As the cost of housing surges, municipal and provincial governments in Ontario risk replicating the mistakes of B.C. decision-makers who waited too long to address the harm created for younger generations by economic growth strategies that rely on rising real estate prices which leave behind earnings.

Although the average figures for the province are shaped by housing markets in the Greater Toronto Area (GTA), we find evidence of the Squeeze throughout Ontario.  For example, it takes two years longer to save a 20 per cent down payment in Windsor by comparison with 1976-80; 4 years more in Ottawa; 5 years more in London and Kitchener; 10 years more in Hamilton; and 14 years more in the GTA.  The majority of extra work required has come on the watch of the Ontario Liberals since taking office in 2003.

Months of full-time work to pay for annual mortgage on average-priced home:  Saving a down payment is one factor in home-ownership.  Managing mortgage payments is another.

Even at historically low interest rates, the typical 25-34 year old in Ontario would have to devote 6.5 months of full-time work to cover the mortgage costs on an average-priced home.  That is 1.5 months more work than was required in Ontario back in 1976-80.

Months of full-time work to pay rent:  Dreams of home ownership are being crushed for many more young Ontarians as a result of the above trends.  Their consolation prize is the requirement to work more to pay rent.  Since 2003, the amount of full-time work required each year to pay the annual rent on a three-bedroom home in Toronto, Hamilton, London, Kitchener and Windsor has increased by approximately one month.

Policy principles to recalibrate the housing market in Ontario to work for all generations:  These principles were developed in consultation with developers, realtors, landlords, renters’ associations, non-profit organizations, academics, elected and staff municipal leaders, along with people living the housing squeeze. We describe these principles in more detail in our full report at: http://bit.ly/GS_ON2ndworstecon.

OUR SPECIFIC ASKS OF GOVERNMENT NOW