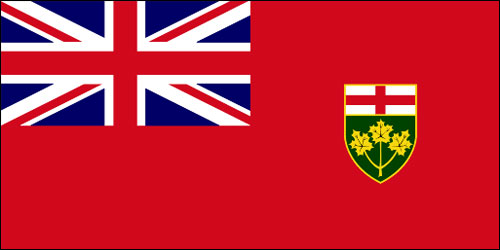 Ontario tabled its budget on Feb 25th. It reflects a government trying to solve some big problems facing younger Canadians: for example, pension policy, pricing pollution, and reforming access to postsecondary grants and loans. But all this still happens in a broader context where there is a big age gap in provincial spending

Ontario plans to spend $134 billion in 2016, collect $131 billion, leaving a small deficit of around $3 billion plus a contingency.  Most of the spending – $122 billion – goes to programs.  $12 billion goes to pay interest on the provincial debt.

Of the program spending, medical care is by far the largest slice at $51.8 billion. The Wynne government will spend another $25.6 billion on grade school, kindergarten and child care; $7.8 billion on postsecondary; and $16.7 billion on social services for persons with disabilities, seniors, and families, including funding for low-income housing.

After adjusting for inflation, the Government of Ontario will spend $965 million more in these areas than in 2015.

Most of the new spending ($625 million) goes to those age 65+, enabling the Premier to continue budgeting nearly twice as much for each senior compared to each younger citizen.

This is important to keep in mind when you hear the government talk about changes it is making to postsecondary spending.  Starting next year, it will transform student financial assistance to make postsecondary funding more accessible in advance of students starting college, and with the intention of covering tuition entirely for students from homes earning less than $50,000.  These are important changes, called for by Generation Squeeze and others.  But they are primarily an example of the Ontario government spending smarter on younger Canadians, not much more.

Spending smarter on younger Ontarians isn’t enough.  Compared to when today’s aging population was starting out as adults, the typical 25-34 year old now earns thousands less for full-time work in jobs that less often pay generous pensions, despite having more postsecondary, and starting with larger student debts.  And then, there’s housing.

The average home in Ontario cost $218,000 in 1976 (adjusting for inflation). It used to take 5 years for a typical 25-34 year old to save a 20 per cent down payment.  Now the average home costs over $430,000, and it takes 12 years to save the down payment.  In Metro Toronto, it takes 15 years. That’s a big deterioration in the standard of living for contemporary young people – especially when all this extra money more often pays for condos with balconies instead of houses with yards.

The 2016 Ontario budget doesn’t grapple with this reality enough. When it talks of housing affordability, it refers primarily to homelessness and supports for the lowest earners.  These are important priorities. But they must be accompanied by the recognition that the housing market is breaking for entire generations of younger people, leaving them squeezed for cash and time.  The squeeze tightens when people start their families, because child care services in Ontario still generally cost the equivalent of an annual mortgage payment, and going on parental leave means losing the equivalent of a third payment.

The Ontario government can and should do more to ease this squeeze – in part by matching increases in new spending for young and old alike.  With 83,000 more Ontario residents joining the 65+ age category this year, the province budgeted an extra $267 per retiree in 2016 to cover costs that come with aging.  By contrast, the government found almost no new money per person under age 45.

It’s hard for the province to see this problem, because it does not yet break down its budget numbers by age.  That’s why Generation Squeeze is calling on all provincial and federal governments to report the age distribution in their spending.

Dr. Paul Kershaw is a professor in the UBC School of Population Health, and Founder of Generation Squeeze (gensqueeze.ca).