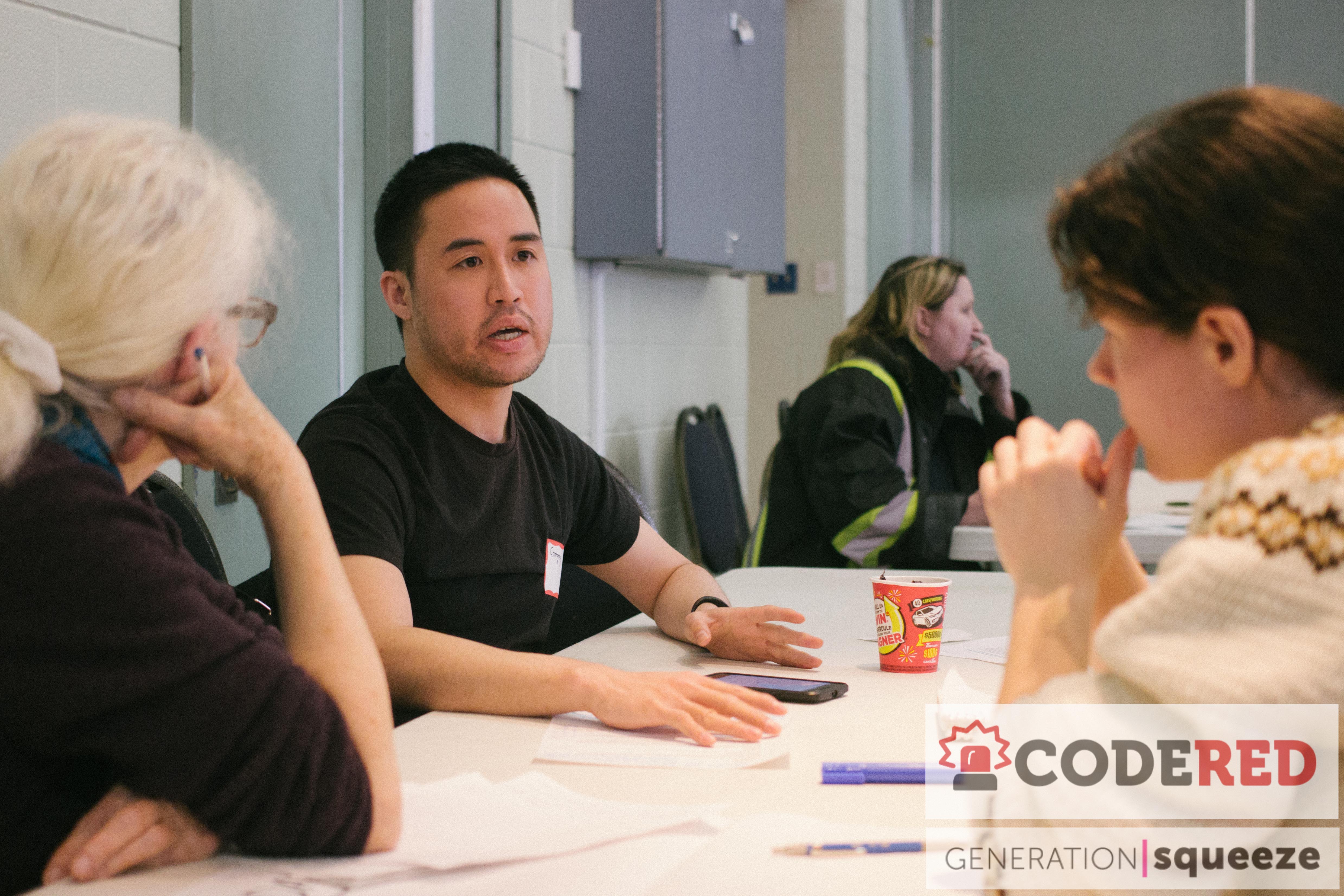 Her leadership on pension policy in previous Ontario budgets influenced the federal government’s decision to reform CPP last year in anticipation of the retirement needs of today’s younger generations.

Her decision to price pollution via cap and trade in advance of a national plan made it easier for the Government of Canada to negotiate a pan-Canadian carbon price.

The scale of her government’s infrastructure investments dwarfed that of former Prime Minister Harper, and paved the way for more ambitious investments by the Trudeau government.

So we shouldn’t be surprised that Premier Wynne’s government boldly adapted housing policy this month in response to skyrocketing home prices that left behind young people’s earnings. While these changes would have been better years before so much of the damage was done, her 2017 budget will slow the escalation of home prices for renters and aspiring home-owners by responding directly to Generation Squeeze recommendations to:

Still, the evidence shows that high home prices will remain for young renters and aspiring owners by comparison with the past.

Whereas it took eight years of full-time work to save a 20 per cent down payment on an average priced home for the typical young Ontarian in 2003 when the Liberals reclaimed office, it now takes 15 years.

They must then work over a month more each year to pay the annual mortgage, even at low interest rates.

As these market changes crush dreams of home ownership, the consolation prize for many young residents is the requirement to work more each year to pay rent.

Caught between this vice grip of time and money pressures, younger generations deserve urgent adaptation to their #CodeRed affordability squeeze – on par with other age groups. Alas, that’s not what the 2017 Ontario balanced-budget does.

The biggest slice in the budget pie remains medical care – at $53.8 billion. Even with new, free pharmacare for Ontarians under age 25, half of medical care funding goes to the 17 per cent of the population age 65-plus. This is good in many ways, because we want our aging parents and grandparents to have financially secure, healthy retirements.

Still, it is worth noting that medical care for seniors now costs more than the entire grade school, kindergarten and child care budget, despite new money announced for 24,000 new child care spaces.

Spending on senior’s medical care is also three times greater than all postsecondary spending. Indeed, Ontario per capita spending on postsecondary is roughly half of B.C.’s, and tuition has increased more in Ontario since 2003 than in any other province.

This is important to keep in mind when you hear the government talk about changes to the Ontario Student Assistance Program. Starting this year, it will transform student financial assistance to help students cover the costs upfront (rather than wait to be reimbursed), and with the intention of covering tuition entirely for students from homes earning less than $50,000. These are important changes. But they are primarily an example of the Ontario government spending smarter on younger Canadians, not much more.

Spending smarter on younger Ontarians isn’t enough, especially when we recognize that Ontario already spends around $12,300 for each of the 2.4 million citizens age 65-plus and only $6,800 for each of the 7.8 million residents of Ontario under age 45. When combined with federal and municipal spending, governments spend in total more than $33,000 per person age 65-plus compared to less than $12,000 per person under 45.

At the very least, the government should match increases in new spending between age groups. Whereas the 2017 budget finds almost $300 per retiree to cover new costs that come with an aging population, it allocates less than $100 per person under age 45. This pattern has been repeated for several years, even though current government investments leave programs like child care costing the equivalent of a mortgage-sized payment for most young families, and 50 per cent more than university tuition.

The new Ontario Fair Housing plan could help address this problem, if it engages more with wealth windfalls many Ontarians have gained from rising home prices. Housing wealth is uniquely sheltered from taxation by comparison with other assets, which contributes to rising prices. Ontario should revise this outdated policy by levying annual, progressive housing wealth taxes based on valuations already produced by the Municipal Property Assessment Corporation. Those who have modest incomes but high home wealth could defer this levy until the home is sold, as is municipal practice.

Not only would taxing housing wealth slow down further the rise in home prices, it could pay for cuts to income taxes and generate new revenue to invest in priorities for young and old alike – like medical care for the aging population, affordable rent and child care. That’s what will make Ontario work fairly for all generations.

Dr. Paul Kershaw is a professor in the UBC School of Population Health, and Founder of Generation Squeeze.