Thanks for supporting us this year!
The Gen Squeeze community made a lot of awesome things possible in 2020.

Gen Squeeze grew out of a basic but important observation: Young people are facing some of the biggest pressures of any generation before them. And we need a voice on the issues and decisions that impact us.

Here are four big moments in 2020 where Gen Squeeze, with the help of our supporters, put younger generations out front:

Younger people have been slammed by the economic fallout from Covid-19. When the pandemic hit high gear in the spring, Gen Squeeze received thousands of messages from people describing their struggles, as well as their hopes for a #BetterThanNormal recovery. Your ideas helped us respond to the pandemic in 3 important ways:

What’s next? The 2021 federal budget will show us whether the government is committed to an economic recovery and future that lifts up younger people, now and for the long-term. 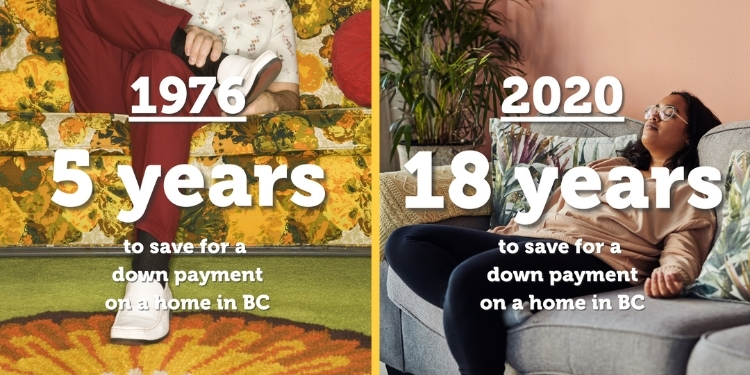 Even in a pandemic, home prices in Canada are hitting historic highs. If that isn’t a signal that housing affordability is still out of control in Canada, we don’t know what is! That’s why we took the following action this year:

Why is having a goal like this so important right now? Because even though governments across Canada have taken some action on housing, costs in many places are still getting worse. Committing to the 2030 goal would set governments up to create targets and plans aimed at achieving true housing affordability – and let us hold them accountable to it.

What’s next? The push is now on to get BC’s new government, and others across the country, to adopt this goal in 2021. 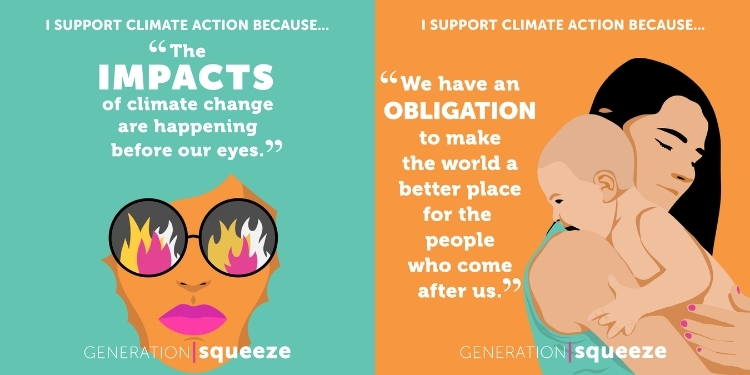 Constitutional law isn’t top of mind for many Canadians. But curtailing climate change in order to put the brakes on another public health crisis is. That’s why Gen Squeeze’s intervention in a major Supreme Court hearing on climate action was such a big deal this fall.

What’s next? A ruling on this issue is expected in the new year. After winning similar cases in Saskatchewan and Ontario, we’re hopeful the message was heard loud and clear!

Before Covid-19 was a (the) thing, we started the year with a campaign to ensure the federal budget included five key policies to help young people, and Canadians of all ages. It was backed by:

But just before that budget was about to drop, Covid-19 landed instead, blowing up Canada’s fiscal landscape.

What’s next? We’ll be advocating again for a 2021 federal budget that supports all generations equally, as it also helps them recover from Covid-19.

What else is simmering...

Sometimes the work we do behind the scenes is as important as the stuff we make noise about. Here are two other projects we kicked off in 2020 that we think are essential to making life better for younger, and all, generations.

Short term rentals like Airbnb are awesome for travellers. But in places where housing is costly and hard to come by, each new STR means a potential lost home and worsening affordability.

That’s why Gen Squeeze, with support from the Federation of Canadian Municipalities, Real Estate Foundation of BC, LandlordBC, Vancouver Foundation and Granicus, developed a step-by-step guide for municipalities on how they can manage the explosive growth in STRs Canada has seen over the last several years.

Housing for homes, not investments

Sutton is the Co-Executive Director of Gen Squeeze. She works to build the Gen Squeeze base, tell stories about our issues and impact, and secure resources to keep up the hustle.

Donate today to help Gen Squeeze be a voice for younger generations.