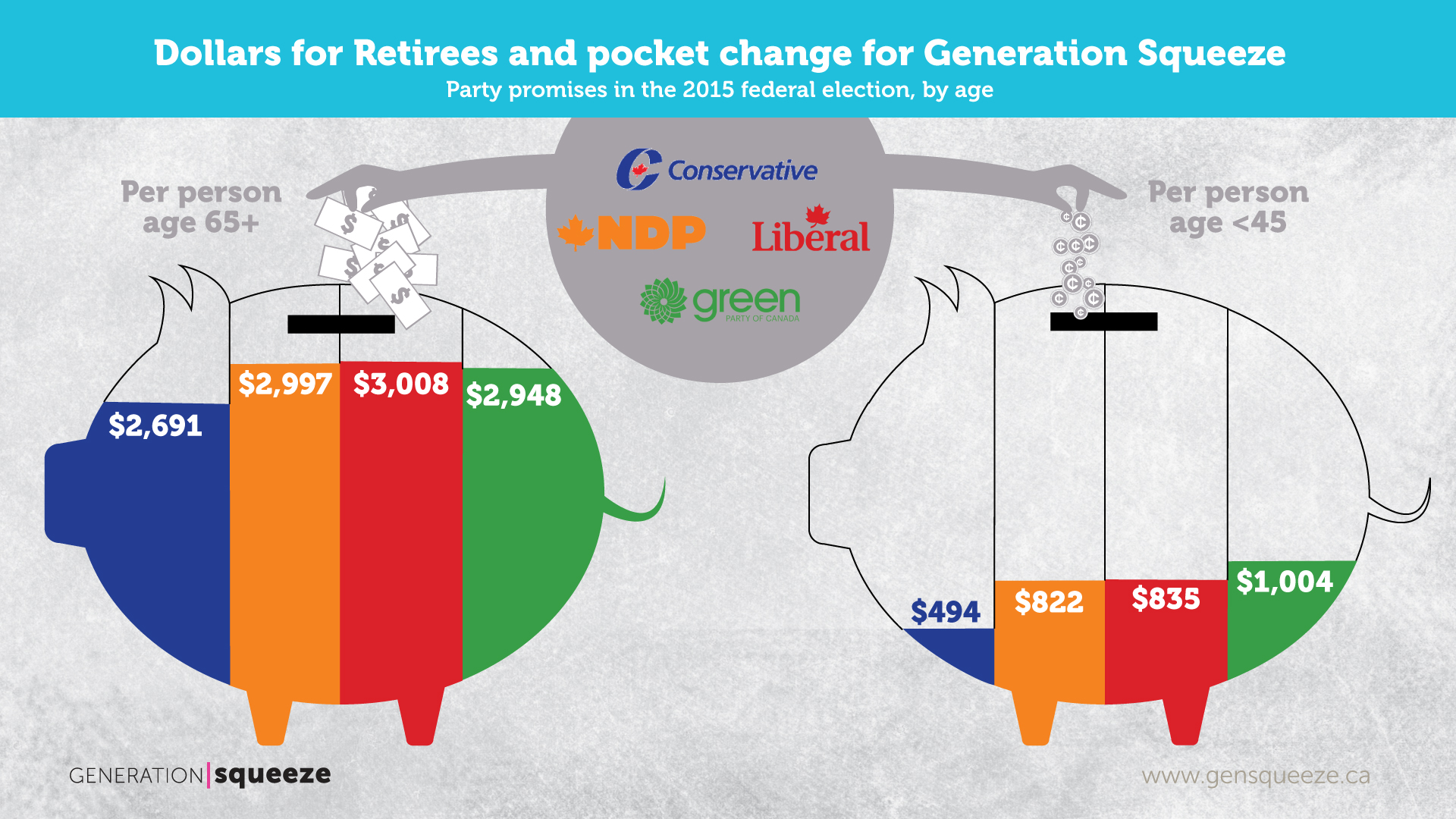 By comparison with the dollars that Parties provide retirees, they invest pocket change in Generation Squeeze.  But there are important differences in the amount of pocket change.

In 2019, there will be approximately 20,632,747 Canadians under age 45, representing 55 per cent of the population.  Table 1 shows that spending on this group will increase by:

The Greens are the only party to budget more in aggregate for Canadians under age 45 than for Canadians age 65+.  However, since there are three times as many people under age 45 compared to age 65+, on a per person basis no party promises to invest more new money for younger Canadians than for retirees.

By the numbers, the Greens invest $3.5 billion more in younger Canadians than do the NDP and Liberals because the Greens propose billions more investment in