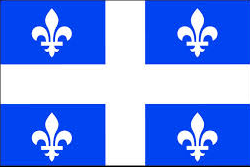 During the 2012 Maple Spring, Quebecers witnessed firsthand that younger citizens can refocus public attention on issues that matter to them, and contribute to a change in government. This political clout was noticed across the country...

...Groups like Generation Squeeze (http://gensqueeze.ca) paid careful attention as we build a national lobby for Canadians in their 40s and younger to match the important lobbying that CARP has performed for decades on behalf of the population age 50+.

In response to recent demonstrations in Quebec city, Generation Squeeze decided to analyze how the 2015 Quebec budget distributes spending by age. Here’s what we found.

The bulk of the Quebec budget is allocated to health care ($34.4 billion), education ($16.9 billion), and social services for individuals, families and culture ($16.7 billion). After adjusting for inflation, total spending in these areas is down $450 million in 2015 compared to the year before. The cut results in a two per cent reduction in per capita spending for those age 65+, 45-64, and under 45.

But what looks like a consistent cut is actually more complicated, because the Quebec government worked pretty hard to protect spending for seniors. The latest budget will spend approximately $14,668 on each of the 1.5 million Quebecers age 65+. By contrast, the budget spends $6,536 for each of the 4.5 million Quebecers under 4.

Medical care is at the heart of this pattern. Data show that around 52 per cent of the $34.4 billion health care budget will go to services and procedures for the 18 per cent of the population age 65+. This means medical care for seniors adds up to more than the entire education budget, and more than total social service spending.

With another 53,000 Quebecers joining the age 65+ category, the Quebec government found an extra $250 for every senior to cover the costs that come with aging. Because the government didn’t increase taxes, the 2015 budget reduces per capita spending for the non-elderly population by around $100 per person.

The result? Education spending was cut by $207 million after inflation, and social services received $229 million less, while medical spending was left stable.

Swapping the flat $7.30 fee for child care in favour of a sliding scale that reaches $20/day was central to this reallocation from younger to older. The Premier defended cutting $193 million from generations raising young kids by saying the flat fee was not affordable.

But why wasn’t it affordable when his government chose to afford $84 million for a new tax credit that will provide 130,000 workers age 63+ with an extra $680/year by 2018? Sure, some of this cost, $57 million, will be covered by restricting the age at which seniors claim one of several other tax credits subsidizing retirement income. But if adapting this age credit was feasible, why not use the resulting savings to cover medical care for the aging population, rather than take spending from younger Quebecers?

One can ask the same question about the new tax credit on which the Liberal government will spend another few million to help seniors’ manage property tax payments when their homes have become more valuable.

Housing prices have doubled in Quebec since 1976, which absolutely does squeeze large numbers of citizens. But not primarily seniors. Across Canada, higher housing prices have increased the net wealth of the typical household headed by someone age 65+ by nearly $200,000 compared to the same age group a generation ago.

All the while, younger Quebecers are squeezed by higher home prices which they must pay with incomes that are down nearly $7,000 a year for full-time work compared to 1976-1980 even though they are twice as likely to have postsecondary.

These deteriorating socioeconomic circumstances merit attention from the provincial government. But the 2015 budget reveals that Premier Couillard’s government chose not to ease the squeeze for younger Quebecers with the same urgency it adapts for the aging population.

Despite the legacy of the Maple Spring, it’s clear that the political clout of younger Quebecers must still grow before governments will deliver budgets that work for all generations.

Dr. Paul Kershaw is the Founder of Generation Squeeze, and a policy professor in the UBC School of Population Health.