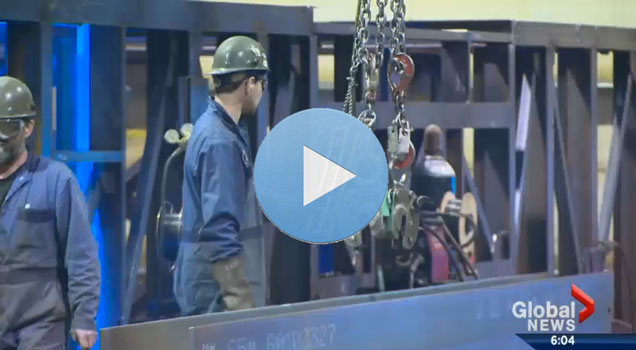 Saskatchewan was the second government to table its 2015 budget this year. In response, Gen Squeeze suited up to break down the budget numbers, giving particular attention to how the provincial government decided to distribute money by age. Here’s what we found...

Build highways and protect medical care for grandma. But don’t build child care for her kids and grandchildren. These are the kind of trade-offs that the Saskatchewan government made (again!) in its 2015-16 budget.

Coming into this fiscal year, the Saskatchewan government already contributed to a combination of federal, provincial and municipal spending that totals more than $33k per person age 65+ compared to less than $12k per person under age 45. Premier Wall’s government will reproduce its contribution to this age gap in 2015/16 according to the budget that will take him into the next provincial election.

Most of Saskatchewan’s spending is distributed through medical care, education and social services. When we break down this spending by age, the Saskatchewan government budgets over $15k per person age 65+, compared to $8k per person under age 45. Medical care – the biggest slice of the provincial budget at $5.5 billion – drives this age pattern. Forty-two per cent of these funds go to the 14.5 per cent of the population age 65 and older.

Medical care is important. My mom is 70. My grandmother is 99. They depend on medical care. But they don’t want to pay for it by not paying for policy adaptations that their kids and grandchildren need. Adaptation is necessary because the typical 25-34 year old working full-time in Saskatchewan earns around $2,000 less per year than did the same age person between 1976-1980. Young people earn less today even though they are more than twice as likely to have postsecondary, and must pay far more for housing. The average home in Saskatchewan in 2014 cost $298,360, up from 154,858 in 1976. This big hike in home prices has increased the wealth of the typical person over age 50.

Earning less while paying more is why far more young people go to postsecondary and far more families rely on two earners compared to a generation ago. Yet Saskatchewan is slow to adapt to these changes. While protecting medical care spending for the aging population, governments have let tuition rise to more than double what it was in 1976, and child care now costs as much as university.

Finance Minister Ken Krawetz chose not to address these challenges again this year because his government had other priorities, boasting a surplus of $107 million, along with new spending primarily on capital projects.

After adjusting for inflation, there will be next to no change in total social expenditure for medical care, education and social services. Given the province’s demographic changes, this means all age groups can expect a one to two percent decrease in per capita spending.

While social spending is down per capita, the government did take on another $1.5 billion in debt to pay for new infrastructure, especially highways (with no mention of transit). Debt is projected to grow for the next 4 years.

When governments find new money for infrastructure, while claiming they can’t find new money to invest in the people who use it, Canadians in their 40s and younger need to revisit how we organize in the world of politics. This is especially true when the same budget spends on younger citizens half of what it spends on retirees, and leaves larger government and environmental debts to be repaid in the future.

Generation Squeeze has a powerful strategy to build the clout of younger Canada in the world of politics and the marketplace. Find out more at gensqueeze.ca.

Details of our study are available in summary Excel Table for anyone interested in diving deeper into the numbers.