Families First.  I sympathize with the BC Premier and other Canadian leaders who make this commitment, because it is a big task.  In many ways, it is akin to responding to an earthquake.  Earthquakes damage a community’s foundation.  Since they happen suddenly and violently, we all respond empathetically.

For families with kids today, the damage to their foundation occurred slowly, silently, over decades.  But a slow and steady change does not make the damage any less severe when we compare across generations.  Were the generation that raised young kids in the 1970s to time travel, they would suddenly have far less time at home because parents today collectively perform many more hours of employment than a generation ago.  Regrettably, this time poverty does not yield higher household incomes.  Instead, it is the price today’s parents pay to cope with wages that didn’t keep pace alongside skyrocketing real estate prices since 1976.

And yet… when political leaders propose even modest changes to address the seismic shift in the standard of living, many of us come up with reasons to forgo action.  Take Premier Clark’s ‘family day’ which, at best, restores one brick in the now shaky foundation for families with young kids. Even this minor change is postponed because some worry about cost constraints.

Since we too often delay supporting the generation raising young kids, I take heart that the Surrey Board of Trade hosted a Business and Families First dialogue last week. 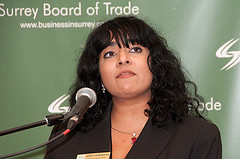 Its CEO, Anita Huberman, explains “we need an action plan now for Surrey Families and Businesses. There is no time like the present to begin talking about strategic investments and initiatives in Surrey that will strengthen both our growing number of families with young children and our businesses now and for the future.”

The dialogue featured Warren Beach, CFO of Sierra Systems, speaking by video about the price paid by Canadian business because of the squeeze on the generation raising young kids. 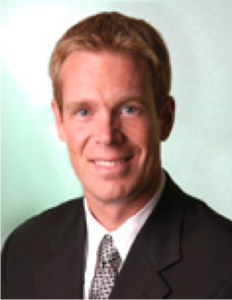 As an employer, Warren spoke of his frustration at losing talented employees, many with multiple degrees and years of on the job training.  Why did they leave?  Because they can’t find or afford quality child care services to help them balance enough time at home.

Warren and two Chartered Accountants joined forces with my team to estimate what it costs companies when employees leave a job.  Their experience shows it’s expensive – between 115 and 154 per cent of the annual salary earned by the departing employee.

Truthfully, I was skeptical when we first explored these numbers.  But once you begin considering the range of costs, they add up fast.  For example, when a time and service squeezed employee resigns, employers must hire a temp or pay remaining staff to take on extra work while they recruit a replacement.  Those filling in inevitably are less productive than the previous incumbent, because they don’t know the job. Through all this, a manager must perform exit interviews to determine what work the departing employee leaves, and reallocate it accordingly.

And that’s just the cost of someone leaving.  There are also costs to fill the vacancy.  Advertising for one, along with time to develop a recruitment strategy, review resumes, conduct interviews, confer with colleagues about which candidates are the best fit, perform reference checks, make the offer and notify unsuccessful candidates.

Then the new hire has to be trained, which includes the employee’s salary along with the costs of delivering training and associated materials.  And most new hires will be on a learning curve, meaning their productivity will generally be lower than the departing employee, often for at least five months.  During this time, the productivity of other staff will also diminish as they help the new team member learn the ropes.  In some higher paid positions, lost productivity mean lost sales.

Bottom line:  it is not unusual for employers to pay more than $25,000 to fill a vacancy left by someone who earns $22k a year; or nearly $59,000 to fill the void left by someone earning $44k; and more than $135,000 to cope when someone earning $88k resigns.  No wonder Warren is worried that generation squeeze employees leave due to work-life conflict!

So how common is this problem?  One way to learn is to examine moms’ decisions about work inside and outside Quebec.  There are regulated child care and kindergarten spaces for 58 per cent of kids under age six in Quebec for a fee of $7/day.  In most other provinces, there are spaces for 21 to 36 per cent of children at a daily fee of $20-$40.  To be sure, the Quebec system is not perfect, and is critiqued for investing too much in services for very young children; and too little to ensure all services are high quality.

Nevertheless, economists who make these critiques at the Univesité du Québec in Montreal, UBC, U of T and MIT also provide strong evidence that BC would retain in the labour market an additional 17,000 women with young children if we had the child care services available in Quebec.  In Ontario, the figure is more than 50,000 women.

The costs of losing over 17,000 employees are staggering.  Given the expenses calculated in collaboration with Warren, the BC business community pays $1.03 billion to replace 17,000 moms who decide not to remain in their job because of the time and service squeeze.  This cost is amortized over roughly 4 years.

The resulting annual avoidable price paid by BC business is about $247 million – or one-sixth of all corporate taxes the province expects to collect this year.  Across the country, excluding Quebec, employers pay about $1.4 billion annually for avoidable turnover among generation squeeze.

One new holiday in rainy February isn’t going to solve this business problem.  But a substantial policy investment in New Mom and Dad benefits, $10/day Child Care services and Flex-Time can.

Hats off to Huberman and Beach.  They add an economic rationale for politicians to move beyond the ‘Families First’ rhetoric to budget for meaningful policy change that will restore families at the heart of Canadian values – and, as it turns out, to eliminate unnecessary business costs.