Squeezing Back by Sharing Wheels Part II
Vancity employee and Gen Squeezer Aaron has given up his car for a month to try a transportation makeover. The goal: to see if he can save a bit of money and help the environment, too
By Ryan Vandecasteyen 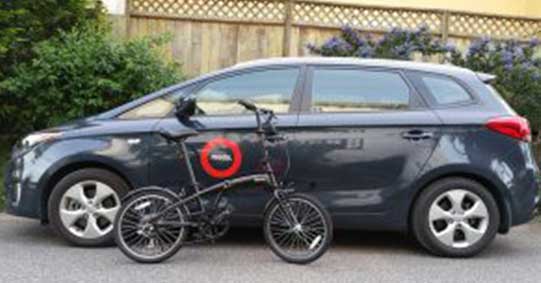 Vancity employee and Gen Squeezer Aaron has given up his car for a month to try a transportation makeover. The goal: to see if he can save a bit of money and help the environment, too. To help him on his journey, we’ve provided him with driving credits from Modo, transit passes from Translink and a bike from Share Shed

Even better: a number of Canadian Car Shares have rallied to help Gen Squeezers with discounts and driving credits too:

Aaron’s one week into his transportation makeover. We checked in to see how it's going.

Q1 – It can be tough to change habits, what's surprised you?

So far I have had a pretty smooth adjustment to my new arrangement. I have found it quite nice to just sit back and essentially get taken around the city by transit. My commute to work did not take that much longer, which was a good surprise since that was my number one worry with this whole process. Commuting to new places via transit takes a bit more planning, but I’ve been using google maps to plan my route and it’s actually quite helpful.

Q2 - I hear you've been doing more research into car shares. What have you learned?

I looked into some statistics from Modo and learned a few shocking things. Did you know cars, on average, sit idle 95% of the time? What a waste! Also an interesting statistic is that, on average, car ownership costs $9,000 per year compared to $1,200 per year with Modo. The Graphic below also shows a growing trend among millennials toward car sharing which is both a good economic and environmental indicator. 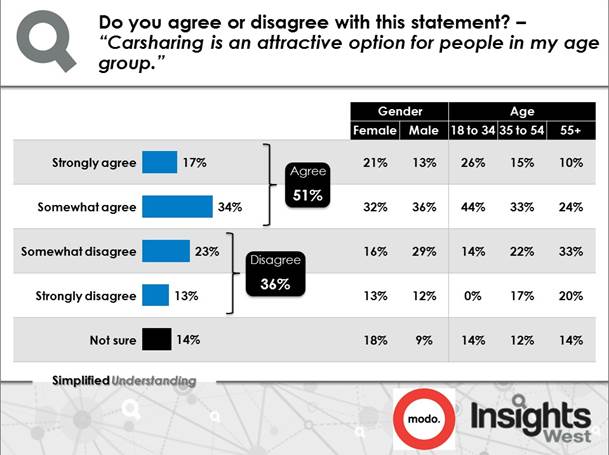 Q3 - transit has been a new experience for you as well, what's that been like?

I have not used transit regularly for over 10 years and a lot has changed since then. With more routes and rapid transit options it has gotten a lot easier to get where you want to go, with fewer transfers as well. It’s fun to people watch or catch up with tasks for work or school. I even ran into a few people who I’ve not seen in a while on Skytrain. It was nice to connect briefly in a world where we are more isolated than ever. Overall I am having a good experience getting around on transit since the majority of my transit is to and from work.

Q4 - what's your plan for the next week?

Next week I am working downtown for most of the week so I am going to be Skytraining into Vancity Centre at Terminal which is usually faster, cheaper, and easier than driving in a single occupancy vehicle. During that time Daniel, from Share shed, will be dropping off the bike I will be using to bike to work later in my experiment.

I am also planning to do a quick run to Costco with a Modo car near my place. Since it is by the hour and I am able to book in advance, it makes it quite easy to plan and save on those quick outings to the store or visits with friends. I have also been informed that you can book your car a year before you need which would be very convenient for road or day trips. I also like how everything is included in your Modo hourly rate. Tolls, Parking, Gas, Insurance, etc. which makes the costs very transparent.