A Millennial's guide to surviving (and voting in) #elxn43
There are lots of examples of how young people voting has changed the outcome of recent elections. Let's flex that power again on Oct. 21.

A lot’s being said about the power of younger Canadian voters this election.

This is the first time people between the ages of 18 and 38 make up the largest voting block in the country. So get out and VOTE!, everyone says to us. But it’s not always that simple.

You might not think your vote can make much of a difference in a broken system (your words, not mine). Or maybe you don’t know what the parties stand for and can’t decide how to cast your ballot, so you don’t do it at all. Some people don't vote if they're unclear on the steps involved or assume it will be a hassle.

This blog is here to address ALL of these barriers and make your vote as badass as it can be, in 5 easy steps.

Voting is like going to the dentist. You know you should and it probably won’t be as painful as you think. AND there are a bunch of reasons (^^) why you resist. So conflicting. So exhausting!

It’s time to break the cycle. Your vote does actually matter. There are lots of examples of how young people voting has changed the outcome of recent elections. (Besides, voter apathy is so 2008.)

This tool by Future Majority shows the precise influence younger voters can have in their local ridings. And it’s not small.

Therefore the first step in making your vote count is to commit to doing it. Sharpie ‘Oct 21’ in the calendar and resolve not to bail. It’s probably the most important step in this whole process. And you just nailed it! 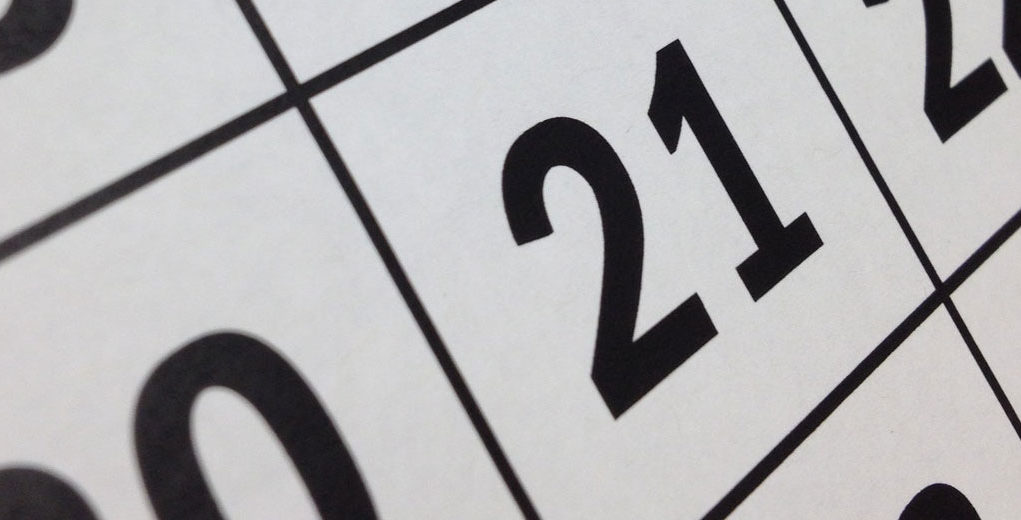 Elections are noisy. It’s tough to break through the rhetoric to make sense of what parties actually stand for. Which makes it hard to feel like you can make an informed choice.

A bunch of tools help combat this information deficit. Pollenize and I Can Party publish a verbatim roundup of each party’s election promises. Apathy is Boring has a Democracy Dictionary and other resources to increase your political literacy.

What can be harder to understand, though, is what all those election promises will actually amount to. Gen Squeeze’s Voter’s Guide analyzes party commitments and scores them based on how well they solve key issues like housing affordability and climate change. It’s deep work that we’ve summed up in one simple, pretty infographic! Check. It. Out. 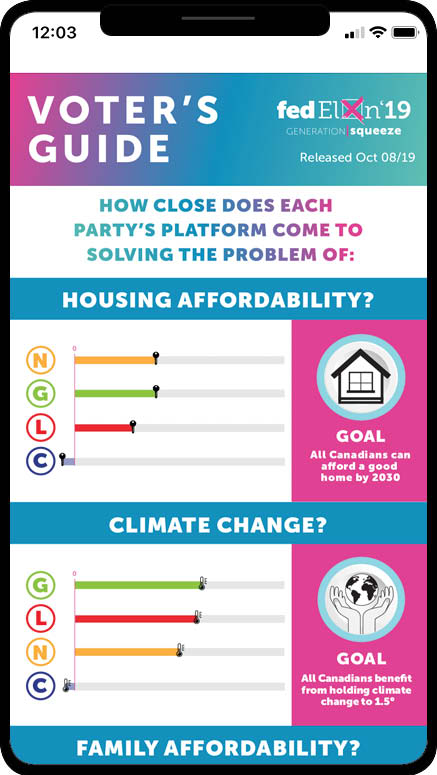 This sounds more annoying than it actually is. Plus, when you make a voting plan, you're up to 9% more likely to actually vote and that's enough to change the outcome in a close election. So grab a pen or your phone and sketch out a few key logistics.

Where are you voting? Every household is assigned to a single polling station, so take the time to look up where you need to go.

What time will you vote? In the morning, at lunch, in the afternoon, or after work? Your employer has to give you time to vote: it’s the law. They also can’t dock you pay for taking time to do it. If you need help convincing them, you can find the information here.

How will you get to your polling station? Walk, bike, hop on the bus, call a Lyft, ride with a friend, hail a unicorn...so many options.

Do you have the right ID? Don’t get overwhelmed. All you need is your driver’s license OR 2 pieces of ID from this list. True fact: You can even vote if you don’t have *any* ID and someone else in your polling vicinity will vouch for you.

It’s Oct. 21! Hopefully you feel more ready than ever to cast your one, special vote.

If you made it this far then you’re ready to hear that democracy involves more than voting every four years. It’s sort of like how when you’re pregnant, everyone focuses on getting you ready for labour when the real work is actually raising the tiny beast.

That’s where groups like Gen Squeeze can help you be part of conversations about solutions to our biggest challenges AFTER the election. We've got lots of ways to help Canadians hold the people we elect accountable to their promises. Join us and we'll keep you posted

Sutton is the Co-Executive Director of Gen Squeeze. She works to build the Gen Squeeze base, tell stories about our issues and impact, and secure resources to keep up the hustle. 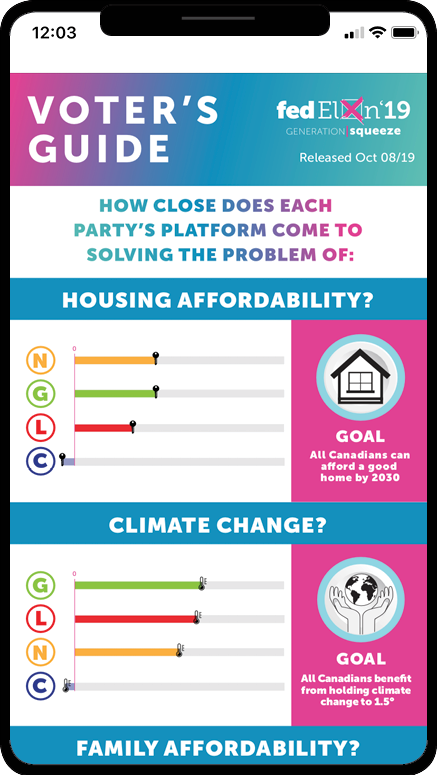