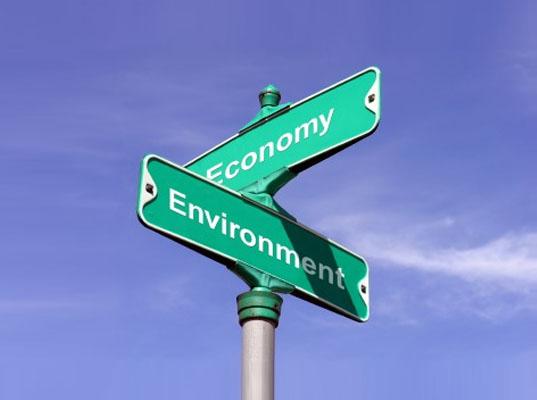 When asked about President Obama’s recent efforts to limit greenhouse gas (GHG) emissions, Prime Minister Stephen Harper downplayed their significance and fell back on a now-typical line to justify Canada’s inaction: “no country is going to take actions on climate change ... that are going to deliberately destroy jobs." This is a classic example of presenting a false choice: environment or economy? You pick

The well-worn arguments for Canada’s inaction on climate usually go something like:

But these claims are exaggerated, if not outright false.

1. “We can’t reduce GHGs without crippling the economy.”

Sure, federal policies to limit carbon emissions will impact the economy. But this claim overstates their impact.

Since putting in place a carbon tax, BC’s economy has actually performed slightly better than Canada’s, all while helping to reduce fuel use in BC by 16%.  In addition, because the BC tax is revenue neutral, it has displaced $760 million in personal taxes, helping give BC the lowest personal income tax rate in Canada. In other words, the incentive to do less of the bad stuff (emitting GHGs) is working, while the province is also taxing less of the good stuff (personal incomes).

A 2009 report by the Pembina Institute suggested that policies to achieve Canada’s 2020 climate targets would reduce economic growth from 27 percent to 23 percent over a decade. This would hardly be catastrophic. In fact, climate policies could actually have a positive impact on job growth if a carbon tax were offset by income tax reductions, such as BC’s.

By raising the [clean energy] standard a small amount every year, we’d ensure continuous innovation in clean power technologies — and jobs that are a lot better than coal mining. … And, of course, the climate would hugely benefit.

2. “We can’t take action until big countries like the US or China do because it’ll put us at a competitive disadvantage.”

This is pretty disingenuous. While we wait for a breakthrough international climate agreement, other big countries have quietly been acting.

Even China, a favourite bugaboo for those who resist action on GHGs, has taken over as world leader in renewable investments.

3. “We can’t risk jobs and investment today for nebulous climate risks we won’t face until later.”

The reality is, we can’t predict with certainty what the costs of climate change will be, but we do have a sense of the order of magnitude: massive.

TD Economics predicts that the cost of natural disasters in Canada, which has doubled over the last three decades, is going to increase from $5 billion per year in 2020 to between $21 and $43 billion by 2050.

The Insurance Bureau of Canada notes that huge increases in the number of extreme weather events and our long-term failure to invest in infrastructure are creating a “perfect storm.” The cost of adapting our infrastructure to climate changes is likely to be enormous.

So by saying that taking action is “too expensive” some governments (notably Canada’s) are choosing to maximize tax revenues now, regardless of the huge costs that over-emitting GHGs is likely to have in the future. It’s like taking out a big loan. You get to spend the cash now, but you have to pay back the principle plus the interest later.

Down the road, who will be paying for this? All signs suggest that this burden is going to fall on us younger Canadians. So while we don’t know what the exact costs of Canada’s failure to act will be, it’s pretty clear that they will be outrageous if something isn’t done soon. Recently, a group of scientists predicted that current modelling of future climate impacts could be significantly underestimating the costs to future generations.

This is why it’s not enough just to recognize that the arguments for avoiding action on climate change are flawed. We need to actively call-out the misleading “environment versus economy” false choices that some politicians are repeating.  We also need to tell them that we want policies—like a national price on carbon—that will help us thrive in a carbon-constrained world.

Travis Allan with is an environmental and business law partner at Zizzo Allan Professional Corporation. Lucas Ostrowski also provided assistance on this post.

A full service digital creative agency that's all about working with the people and organizations that protect our planet and make the world a better place.
Information, Ideas
The Economy vs. Environment False Choice
The Economy vs. Environment False Choice
Check out Generation Squeeze. I just joined.
Read the blog at Generation Squeeze
Latest News & Resources (archive)