ANALYSIS: PM's Homebuyer Plan
Looking to buy your first home? PM Harper promises help for those who have > $25K saved in RRSPs and are willing to draw down those savings to help purchase it
By Ryan Vande 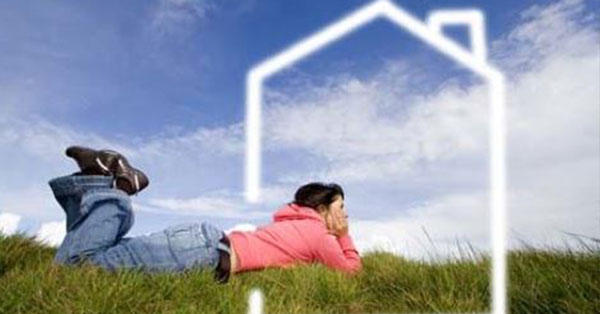 At a recent election campaign stop in Vancouver, Prime Minister Harper promised a new policy to help aspiring homeowners. Who would benefit? Those who have more than $25,000 saved in RRSPs, are looking to buy their first home – or looking to buy a home for a related person with a disability – and are willing to draw down their retirement savings to do so.

In advance of this federal election, Gen Squeeze met with the Prime Minster’s Office, and housing affordability for Canadians in their 20s, 30s, 40s and the kids they are raising was top of mind in our conversation.

We are therefore pleased that Prime Minister Harper used the election campaign today to pledge a new housing policy adaptation: increasing from $25k to $35k the amount of tax free money that first time home buyers can withdraw from their RRSP savings. This is a minor victory for Gen Squeeze.

With an emphasis on minor, because of the limited number of people it will help and the small size of this new public investment in primarily younger Canadians -- $30 million starting in 2017/18.  $30 million is a lot for an individual.  But it is less than a rounding error in the federal budget.

Who will benefit: Individuals who have more than $25,000 saved in RRSPs, are looking to buy their first home – or looking to buy a home for a related person with a disability – and are willing to draw down their retirement savings to do so.

The personal savings: Basically, you’d be allowed to loan yourself more money from your RRSP to buy your first home.

AND, you'd only get to keep those tax savings if you paid the full amount that you borrow from your RRSP back within 15 years. Like we said, the policy would only allow you to loan yourself more tax-free money from your RRSP.

Who won’t benefit: Many, many first-time homebuyers (think younger Canadians), who don’t have more than $25,000 saved in RRSPs and/or are unwilling to sacrifice their retirement savings to buy their first home.

The PM’s stated goals for the changes are praiseworthy.  However, the RRSP withdrawal limit change represents a minor tax adaptation that won’t go far in solving the housing squeeze.

Why? Because many Canadians in their 20s, 30s and early 40s don’t make much use of RRSPs.  The data are clear that around 60 per cent of RRSP tax savings each year are received by Canadians age 45-64.

Why don’t younger Canadians use RRSPs as much as others?  Not because we are dumber about saving than people were in the past.

We don’t use RRSPs much because we earn thousands less for full time work compared to young people in 1976 (after inflation), we go to postsecondary more and take on larger student debts for the privilege, and we pay higher rents because housing prices skyrocketed by hundreds of thousands of dollars compared to a generation ago.

In sum, the Prime Minister proposes a solution to the housing squeeze for first time home buyers in a policy tool to which few Canadians in their 20s, 30s and early 40s have serious savings.  Many prospective first time buyers don’t have savings that reach the current withdrawal limit, let alone the increase the PM now recommends.

Want to know a better way to ease the housing squeeze?  Check out the Gen Squeeze housing policy recommendations that we bring to all political parties as part of our lobby with and for younger generations.  We welcome your feedback and recommended refinements.

Our suit up and spread out lobby building activities paid off a second time in the Prime Minister’s announcement.  Mr. Harper announced that “Our government will commit to collecting comprehensive data on foreign buyer activity in Canada’s housing market.  We will then take action in coordination with provinces to ensure foreign investment in Canada’s housing sector supports the availability and affordability of homes for Canadians.”

This Conservative Party commitment responds directly to the call for data about the role of foreign investment in our housing market that was launched at the “Don’t Have 1 Million” Housing Affordability rally that Gen Squeeze co-hosted with local organizer Eveline Xia on May 24, 2015. Ms. Xia continued to champion the idea to collect additional data at a follow-up event in Vancouver.

Now we have the federal NDP and Conservative parties agreeing to collect this important information.

Early wins like these in the early days of Gen Squeeze organizing make clear that politics can work for younger Canadians.  Politicians respond to those who organize and show up.  Thanks to the hundreds who showed up at the housing affordability rally, and the more than 9,000 allies who have so far joined forces across the country to build the clout of the Gen Squeeze lobby.

As our membership grows, we will win bigger and better policy adaptations to the time, money, service and environmental squeeze.

Stay tuned for more 2015 election campaign commentary as we analyze party announcements to answer the question:  how will the campaign promises promote a Canada that works for all generations?

Dr. Paul Kershaw is a University of BC policy profession in the School of Population Health, and Founder of Generation Squeeze.