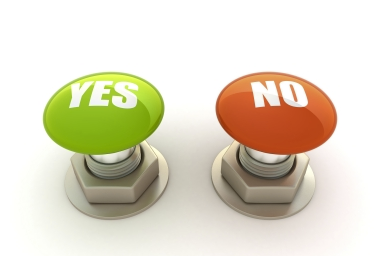 What makes a good story? A hero with whom we can empathize. A villain we can blame. These are features of stories we have been told since we were children.

The no side in B.C.’s transit plebiscite keeps telling us there are plenty of villains...

...The primary villain is the regional transit authority, Translink, with endlessly repeated stories of wasted funds and overpaid executives.

Government has become a villain too, for its supposedly poor management of our tax dollars, and its grasping hands slipping into our pockets for another sales tax increase.

Developers are villians, wanting billions for new skytrain lines, and making millions by building high rises along the routes without offering more affordable housing options in the country’s most expensive city. Newcomers are also villains. Some think more transit (and more taxes) wouldn’t be needed if the extra 1,000,000 people the yes side keeps talking about didn’t move into our region in the first place.

Villains are necessary in stories because they help us know who to root against. By focusing on alleged wastrels, cheats and freeloaders, the no campaign distracts attention from the real villains: air pollution, climate change, and housing prices that push people far away from work and school. The yes side has largely taken the bait, spending so much time defending the records of the very people being held up as villains.

With weeks left in which to cast a ballot in the transit plebiscite, there is still time for both the no and the yes sides to consider a new story.

Voting against transit expansion is also voting against younger Canadians who live in the region, our kids, or the kids and grandchildren we one day want to have.

Younger citizens who need more of us to move around by transit rather than by car to help preserve clean air to breathe now and for decades.

Younger citizens on whom the risks and costs of climate change will disproportionately fall, including rising sea levels that threaten to swamp parts of the region.

Younger citizens who rely on transit to get to postsecondary institutions, completing years more education to land jobs that pay less than a generation ago, and paying tuition that is more than double. Younger citizens who already commute far longer to work, because housing located close to many places of employment is no longer affordable.

It’s not the fault of younger Canadians that they inherit a country in which postsecondary education costs more, while jobs pay less. Where housing prices have skyrocketed, while the cost of child care is a second mortgage. Where they are saddled with larger government and environmental debts. Younger Canadians are doing their best to adapt to these realities. Taking transit is a part of this adaptation. Voting against investing more in transit leaves younger Canadians to adapt alone.

Downplaying the needs of younger citizens has become a pattern in Canadian politics. The provincial government’s decision to hold this transit plebiscite is itself part of the trend.

You may be surprised that the B.C. government didn’t feel public authorization was needed to commit nearly $500 million more in 2015 to medical care. Yet it holds a specific vote to invest half this amount in transit. Why wasn’t the medical care spending increase put to a plebiscite? Maybe because nearly 50 cents of every medical care dollar goes the 15 per cent of the population age 65-plus – a demographic far more likely to vote, and as such to command the attention of political parties. Young Canadians need to grow our clout to shape political priorities equally well.

We make choices every day about where to invest public dollars, whether medical care, transit or many other priorities. Stories can be told about all of these choices, with heroes and villains of their own. In the current transit plebiscite, the villains are getting all the attention. But there are also heroes-in-waiting who can cast a vote to support kids and grandchildren adapt to the environmental, economic, and time squeeze they face. The villains may have the spotlight. Happily, there is still time for heroes to exercise their power.