When Saskatchewan and Ontario went to court to fight a national carbon price, we formed a coalition and hired lawyers to push back. Our work shows pricing pollution can go hand in hand with affordability, and Canada has — we argue — a constitutional obligation to take emergency-level action to limit global heating to 1.5 degrees.

Anything less amounts to discrimination against younger Canadians and future generations.

On May 3, Saskatchewan's court delivered our first big victory! The ruling:

“Climate change has emerged as a major threat, not just to Canada, but to the planet itself”

Even the judges who wrote a dissenting opinion — on the question of constitutionality — recognized that the reality of human-caused climate change and the urgent need to reduce greenhouse gas pollution were not at issue; they were facts, “proven and true.”

Read more about the ruling in our media release and in this blog from West Coast Environmental Law. Wondering how a national carbon price jives with our broader work to ease the financial squeeze on young people? Read this. 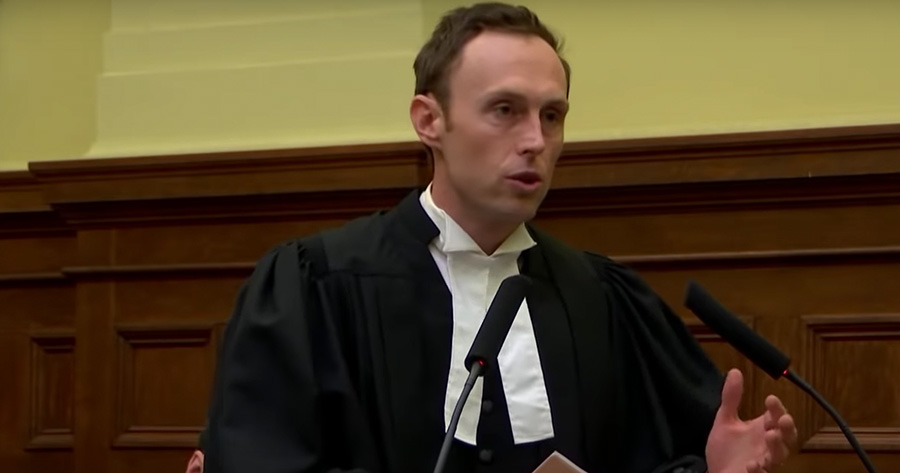 Our lawyer Nathan Hume making the case in Ontario's Court of Appeal, whose decision is pending.

We jumped into these court cases not just to defend the constitutional authority of the federal government to tackle climate change with things like a carbon price, but to take it further by arguing we have a constitutional obligation to act with sufficient urgency and policy to limit global warming to recognized thresholds such as 1.5 degrees.

And that a failure to do so amounts to clear-cut discrimination against younger generations.

You can read our four-step argument here.

Saskatchewan's Court of Appeal didn't stretch their thinking that far, but there's the possibility that Ontario's Court of Appeal might, and if not them, perhaps the Supreme Court of Canada, where these reference cases are likely to end up.

We’ve been on a roll lately. Learn about our recent campaign successes:

Help us continue to fight climate discrimination in court by becoming a pay-what-you-can Member.