Wondering how the Ontario Parties stack up on Generational Equity?
By Ryan Vande 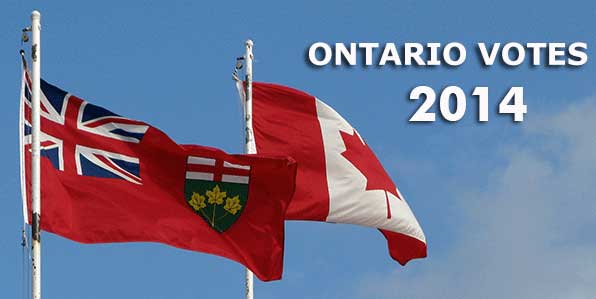 For Ontarians who were hoping to see this week’s provincial election shine a light on the new challenges confronting younger generations, Generation Squeeze has some bad news

A new Gen Squeeze study of the Ontario election shows that the Liberal, Conservative, NDP and Green Parties are all campaigning on platforms that will raise government spending for older generations, but do little to help younger generations adapt to pressing new economic and social pressures that are shaping the 21st century.

This election was triggered by the budget tabled by Ontario Liberals May 1 2014. It proposes an annual spending increase of $1.5 billion for Ontarians age 65 and older. This sizable increase for retirees is not matched by any significant increase in spending for the much larger population that is under age 45.

Since the other parties refused to support the Liberal budget, you might expect them to be proposing something significantly different. Unfortunately, Canadians under 45 are disappointed again. Our analysis of social spending in the NDP and Green Party platforms show their proposals coming in within just half of one per cent of Liberal projections. All three Parties clearly have decided it is important to find new money to spend on retirees, without showing the same concern for younger generations.

The PC Party evades direct comparison with the Liberals, NDP and Greens by failing to cost most of its campaign promises. However, the Generation Squeeze study concludes that the Conservatives are likely to grow Ontario’s generational gap in spending even more than the other parties by targeting funding cuts to programs that primarily affect younger generations.

The decision of all four contenders in the Ontario election to prioritize spending on retirees with far more urgency than they propose adapting for younger Ontarians is out of step with new economic realities. The rise in housing prices that increased wealth for retirees who bought homes decades ago is weighing down younger generations with heavy debts which they must pay with lower wages, despite greater investment in obtaining credentials through postsecondary education.

All four major parties are effectively asking Ontario voters to accept public policy trade-offs that they wouldn’t support in their own families. We don’t know many parents or grandparents who want governments to adapt to their needs as an aging population at the expense of adapting to new pressures facing their kids and grandchildren.

This trade-off being offered to Ontario electors makes clear that it is increasingly important for young and old alike to organize in advance of elections to shape Party platforms. For this reason, Generation Squeeze is building the political clout of younger generations in order to complement the important generational organizing that the Canadian Association of Retired Persons (CARP) has performed for decades.

Wondering whether it is important to vote, even when the Parties don’t provide much to choose between when it comes to investing in younger generations? The answer is yes. Until generations exert equal power to influence the world of politics, political parties are unlikely to respond equally to the needs of all generations. Platforms are designed around those who show up on election day, and those who make their voices heard in effective ways well before the writ is dropped.

If we want Ontario to work for all generations, we will ultimately need to mobilize younger Canada to build a powerful organization to speak up for its interests, one that invites Boomers and seniors to join forces in search of a better generational deal for their kids and grandchildren. Such activity in combination with the important work of CARP will be required to build a province and country in which all have the chance to live up to their potential, enough time and money to enjoy life, and the opportunity to work together to leave our country and planet better off than we found it. This is the vision of Ontario and all of Canada for which Generation Squeeze is organizing.

Paul Kershaw is the Founder of Generation Squeeze, and co-author of the new study of Ontario Election Platforms.