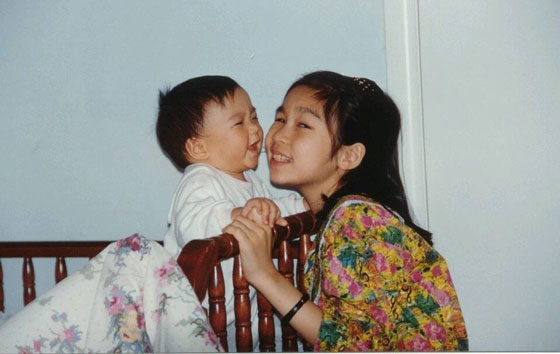 We’ve all heard the news. Crazy housing prices in Metro Vancouver are pushing many young singles, couples and families out of the local housing market.

But surely, doctors can afford to live here comfortably, right?

My older sister Emma is a doctor at a major hospital in Greater Vancouver. Lately, even she’s questioning whether she can make a go of it in the region where we grew up.

As a physician in her early 30’s, Emma completed over a decade of formal post-secondary training before launching her career. She and her partner currently live in an older 1 BR apartment tower in a Greater Vancouver suburb.  With a view towards their future family, the couple are actively searching for a more suitable place in which to set down their roots.

You wouldn’t think this should be difficult for a couple that jointly brings home a comfortable six-figure income, but it’s anything but easy, Emma explains.  She frequently works on-call, and is required to live a short distance away from the hospital where she works. Unsurprisingly, these same areas have experienced the most dramatic price escalations as of late. Buying a house with a yard for the kids she wants to have? It’s probably not in the cards for her.

“It’s hard to find a place with enough space for a family,” she remarks. “And all of the somewhat reasonably-priced places we’ve viewed have had something wrong with them, either a leaky condo or structural damage.” Yet, despite each listing’s shortcomings, she explains that bidding competitions have been fierce. Every unit that Emma has viewed received multiple offers, and the majority were purchased within days well above asking price.

“Vancouver is beautiful and has always been my ideal place to start a family,” she reminds me.  But she’s not so sure now that “the Vancouver School Board is needing to close schools because of low enrollment numbers. Not to mention the many anecdotes about neighborhoods where the streets are empty and neighbors are absent for nine months of the year.”  Emma doesn’t want to raise her family in a “resort town” that pushes younger generations out in favour of others with limited personal or long-term stakes in the city.

This wasn’t quite what my sister had in mind when she started out as a young adult. As the daughter of immigrant parents, she has always worked her butt off – achieving great grades, getting into medical school, completing a decade of intensive training, and working into the wee hours of the night on a regular basis. Surely, the pay-off was supposed to be a home with a yard in the city where she grew up so her kids can experience what our own parents worked so hard to provide for us? Unfortunately, it hasn’t worked out that way. And that’s what makes my sister’s story so frightening.

Growing up, our parents encouraged us to pursue careers as doctors, lawyers, professors, and accountants because, in their minds, these lucrative professions guaranteed, at the very least, a chance to own a home in which to start our families. But today, housing market has broken down so much for young Vancouverites that even the city’s top earning professionals are not impervious to the squeeze that is facing young Canadians more generally. When young doctors and other professionals are starting to get priced out of our city, it is clear that the unaffordability problem has reached epic proportions.

For me, this makes it all the more urgent to get involved with Generation Squeeze. No amount of hard work and planning by any individual is really going to keep Vancouver prices in reach for young people who grew up here. Generation Squeeze’s emphasis on squeezing back together in order to achieve policy solutions resonates with me. So many of us are paying the price for the government’s inaction towards the housing market and stagnant wages, leaving us squeezed to make rent, pay for childcare, or spend time with the ones we love.

But it doesn’t need to be this way. Gen Squeeze reminds us that governments respond to those who organize and show up. That’s why I’ve encouraged my sister and others to add their voices to the Gen Squeeze chorus of people calling on provincial and federal decision makers to do what they can to contain the harm inflicted on young people by our broken housing market.

This includes policy makers doing what they can to ensure other costs that young people grapple with – for instance, parental leave, child care and transit – don’t add up to second, third and fourth mortgage payments in a region that is already much more expensive than the past.

I’m confident that, with time and some sacrifices, my sister and her partner will manage to buy an old townhome or apartment nearby her work in which to start her family. But she and I both know that they are among the few lucky ones, because that is a lot more than most young Vancouverites can manage.