Generation Squeeze is a ‘Think and Change Tank’ that promotes wellbeing for all generations. As Canada’s leading charitable organization fighting for generational fairness, we turn knowledge into action and rejuvenate democracy to preserve what is sacred for younger and future generations: a healthy home, childhood and planet.

The story of Gen Squeeze began in response to the unfortunate reality that younger people are struggling with lower earnings, higher costs, growing debts, and a deteriorating environment.  In 2010, we began working to ease this squeeze by building a movement to ‘squeeze back’.  We brought this movement to the world of politics to show governments why they need to adapt more quickly to support the wellbeing of the generations raising kids, and create a fairer generational deal.

We learned from this early work that easing the squeeze requires our political system to embrace the same kind of generational solidarity we enjoy in our families.  At present, a key barrier to aligning our public policies with this goal is that what squeezes younger people often benefits older demographics.  Skyrocketing housing prices lock aspiring (often younger) homeowners out of the market, while growing wealth for established (often older) home owners.  Growing spending on medical care without new revenue to cover rising costs provides more and better services (primarily) to the aging population, while leaving unpaid bills to younger and future generations via higher tax loads and growing debt.

To create a Canada that works for all generations, we must become responsible stewards – investing and raising revenue fairly for young and old alike, and ensuring we plan to promote wellbeing from the early years onwards.  This begins with recognizing and acknowledging that Canada has a broken generational system – and embracing the solutions that Gen Squeeze has identified to repair it.  Fixing systems is hard and slow work, because they are grounded in cultural myths and values that are hard to change.  But we’re in it for the long haul, and we hope you’ll join us. 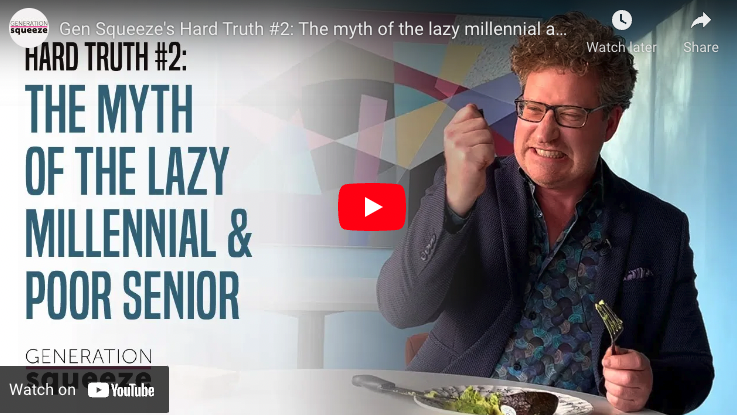 VIDEO: The Myth of the Lazy Millennial & Poor Senior 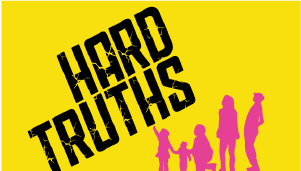 PODCAST: The Myth of the Lazy Millennial