If Alberta NDP sticks to its platform, province will budget largest age gap in Canada

If Alberta NDP sticks to its platform, province will budget largest age gap in Canada 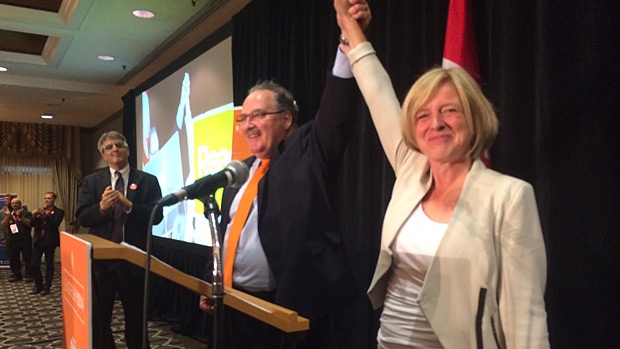 Now that the federal election is behind us, it's time to return attention to the provinces.  The new NDP government in Alberta is scheduled to table its budget on October 27.  If the NDP sticks to its platform, Alberta will budget the largest age gap in spending of any province.

Under the PCs, Alberta already had a large age gap in provincial social spending.

A review of the NDP platform reveals it would widen the age gap even further (while possibly also reducing the environmental debt left younger generations).

Specifically, Premier Notley’s platform proposes an extra $911 per person age 65+ compared to what the provincial Conservatives allocated in 2014/15.  It only proposes to add $289 per person under age 45.

As a result, the Alberta NDP campaigned on a plan that would increase yearly spending per retiree to over $18,000, while leaving spending on those under 45 around $7,800.

Health care is at the centre of this age gap.  41 per cent of the Alberta NDP’s planned $20 billion health care budget will go to services for the 12 per cent of the population age 65+.  Medical spending on retirees adds up to more than Ms. Notley’s entire K-12 budget; a third more than the entire post-secondary budget; and nearly double the entire human services budget, which includes services for the elderly, families with kids, the disabled, social assistance, etc.

Such health spending might be justifiable if Albertans were getting bang for the buck, because we want the best for our aging parents and grandparents.  Alas, evidence shows Canadians spend more on medical care than many other rich countries, but get only middling or below average access to doctors, CT scans, MRIs and patient satisfaction.  All the while, doctors get above average remuneration.

Revenue is a second problem with the NDP approach to medical care, repeating a longstanding pattern in Canadian politics.  As citizens age 65+ grew from 9 per cent of Canada’s population in 1976 to 15 per cent today, provincial and federal governments added $32.5 billion in annual medical care spending for this age group.  But governments did not increase revenue to pay for it.

Instead, governments held postsecondary spending relatively constant since 1976, even though twice as many young people pursue extra education to compete for jobs.  Similarly, governments didn’t build a child care system, even though young Alberta women increased their labour force participation by 42 per cent.

The NDP platform continues the national tradition of making trade-offs between medical care spending for retirees and investments in services that younger Albertans increasingly need.  A year from now, the NDP platform anticipates collecting an extra $815 million in revenue.  More than 80 per cent will fund their commitment to even more medical care services for retirees, leaving little left over.

As a result, Premier Notley’s platform budgets only modest extra spending for grade school, postsecondary or child care by comparison with her health care increases.  At least 50 per cent of the extra funding for medical care budgeted in the NDP platform would result in better health for the Alberta population if it is re-directed into investments in child care services and education.

Albertans in their 20s, 30s, 40s and the children they parent deserve a better generational deal from their provincial government.  Generation Squeeze wants to work with newly elected MLAs to fine tune the NDP platform so that the province works for all generations.

Dr. Paul Kershaw is a policy professor in the UBC School of Population Health, and Founder of Generation Squeeze.