In this month's Maclean's Magazine, Gen Squeeze founder Paul Kershaw argues for a progressive surtax on homes worth more than a million dollars. In making his case, he says "polling data shows that two-thirds of Canadians support the surtax." The poll being referenced was commissioned by Gen Squeeze to gauge Canadian sentiments about housing wealth.*

Over the next few weeks, we'll be highlighting some of the poll's key findings.

We will be doing so to underscore the fact that the solutions we've posited to Canada's housing crisis, including our housing surtax proposal, fall well within the mainstream of Canadian public opinion. This tells us that our political leaders should be willing to act more boldly to resolve the housing crisis—doing so is not as risky as it may seem!

We wanted to know how aware Canadians are of the intergenerational dimensions of the housing crisis. One of the poll questions therefore asked respondents if they agreed or disagreed with the following statement: "Rising real estate prices hurt younger people and newcomers of any age who cannot afford a home." As can be seen in the chart below, an overwhelming majority (86%) agreed with the statement. 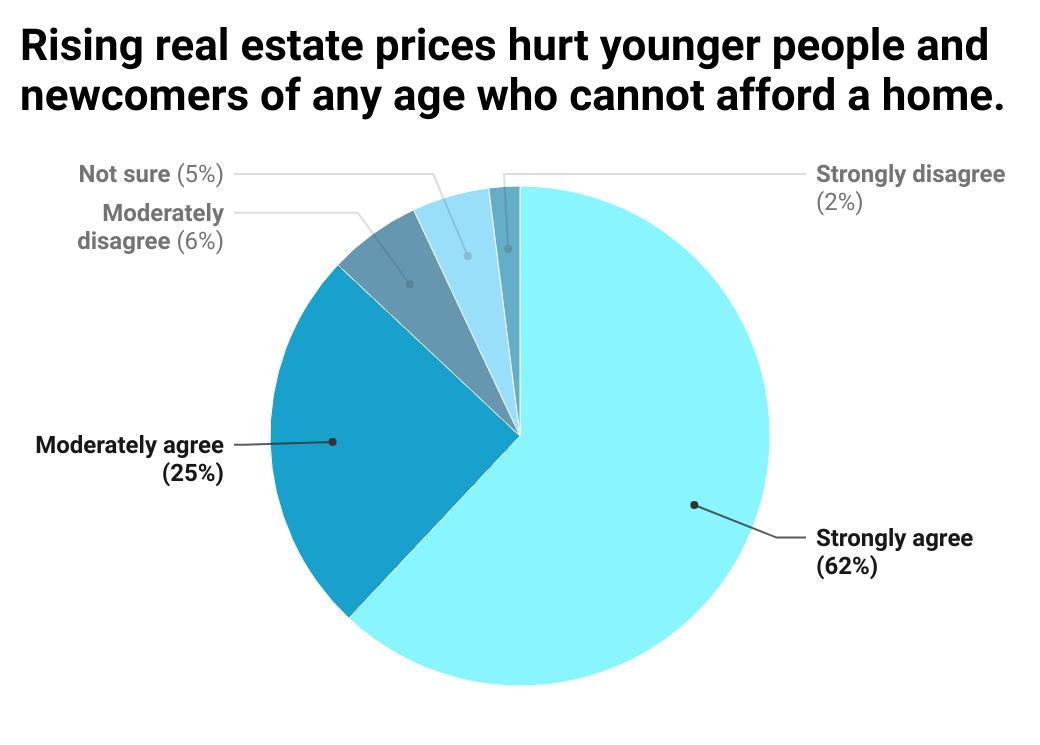 Interestingly enough, respondents aged 55 and above had a greater-than-average likelihood to see the housing crisis through the lens of intergenerational unfairness. A staggering 91 percent of them agreed that young people and newcomers were being hurt by rising home prices. 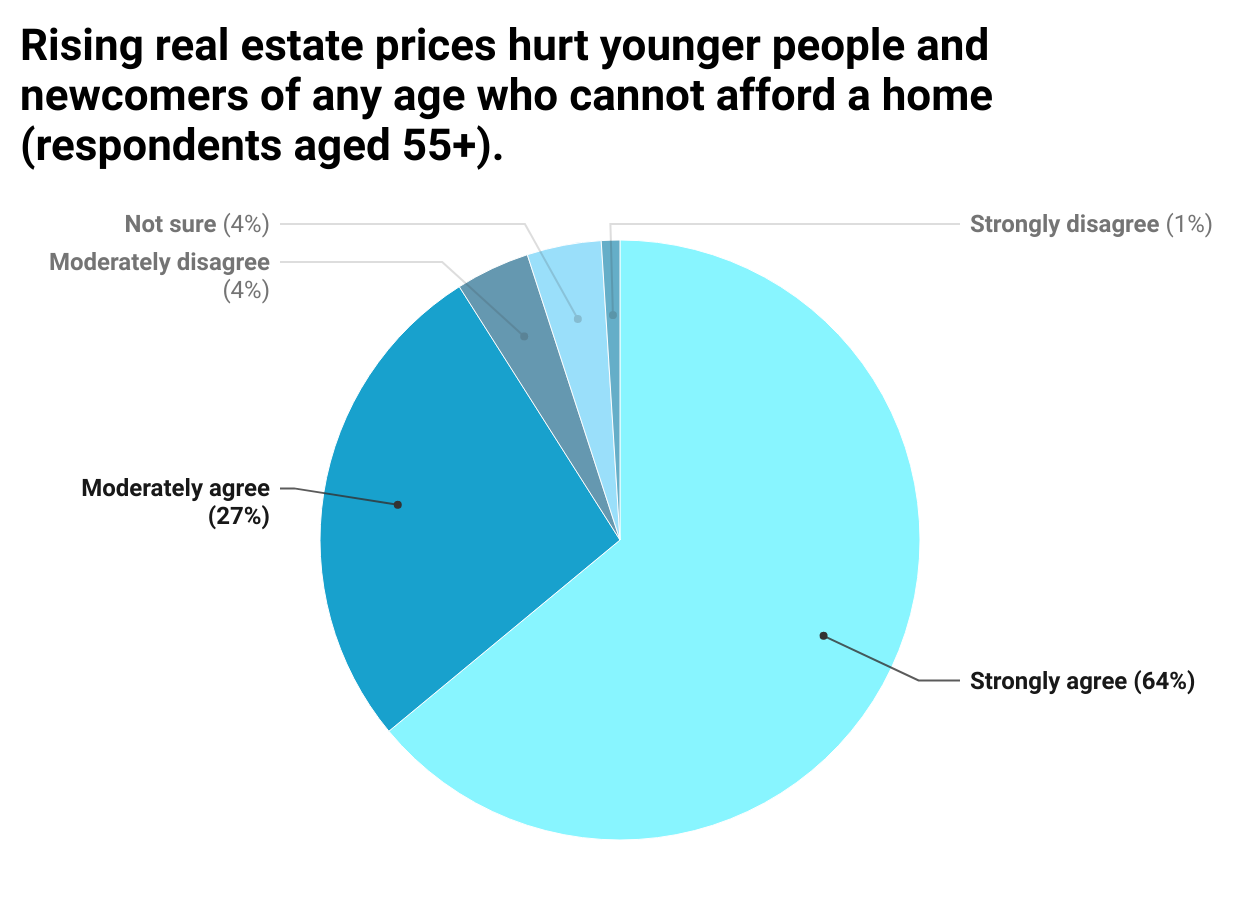 Gen Squeeze sometimes gets accused of going against the views and interests of older generations. It turns out that older Canadians are, if only slightly, disproportionately likely to be on our side when it comes to our framing of the housing crisis.

On this issue too, the majority of Canadians are on the side of Gen Squeeze. A solid 71% agreed that "[r]ising real estate prices benefit many people who already own a home by growing their wealth." 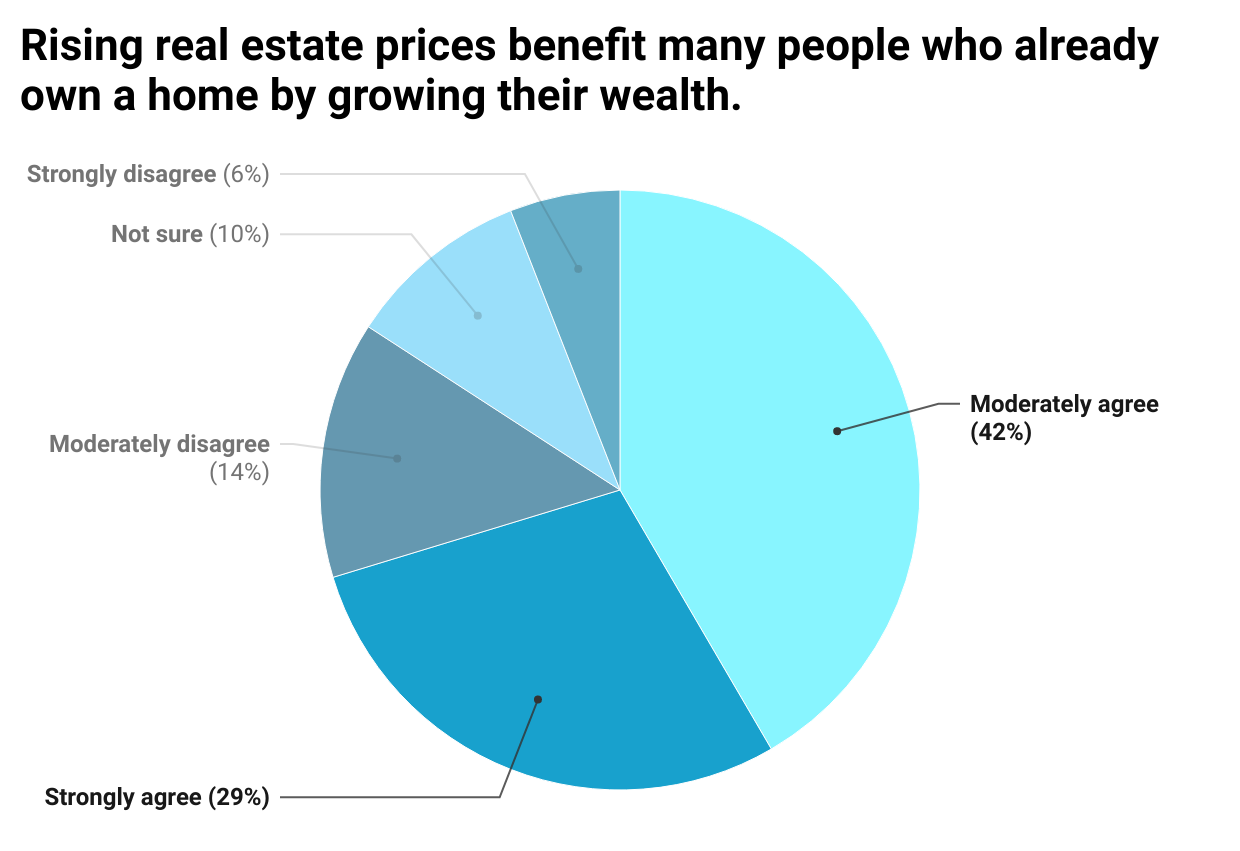 The poll also asked respondents to consider a range of our housing solutions, including a surtax on especially expensive homes. It found that 68% agreed with the idea of "[i]mplementing a modest surtax paid by the 10% who own the most expensive homes." 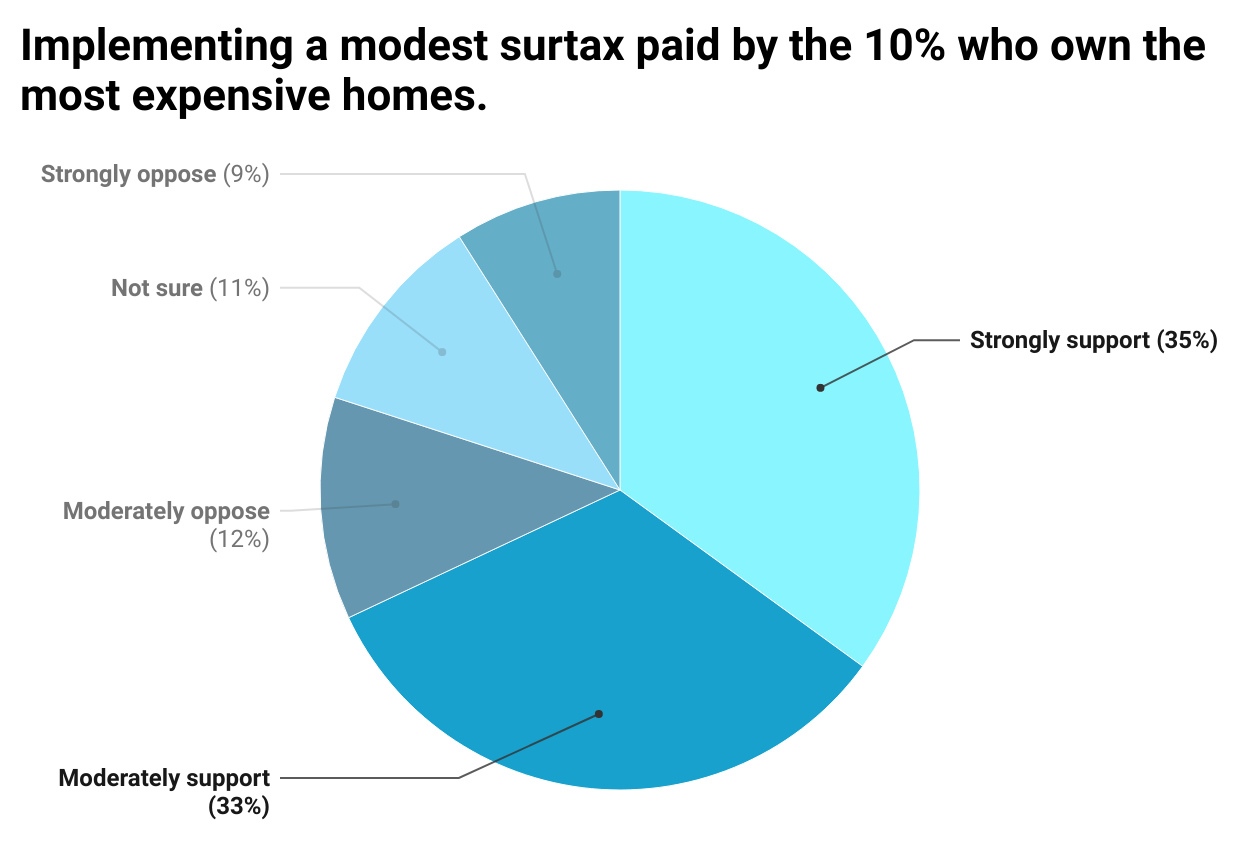 At the time the poll was conducted, homes valued above $1 million made up the 10% most expensive homes in the country.** So we also asked respondents if they would be in favour of "[i]mplementing a modest surtax paid by Canadians who own homes valued above $1 million." We wanted to learn if asking the question in this way would make a difference in how people responded.

The new phrasing led to fewer respondents agreeing with the proposal – likely because some didn’t realize that owning a million dollar home meant being in the top 10% most valuable real estate in the country! Yet a comfortable majority (59%) still supported it⁠. Less than half that amount (28%) opposed the idea of a surtax on homes valued above $1 million, with 13% saying they were "not sure." 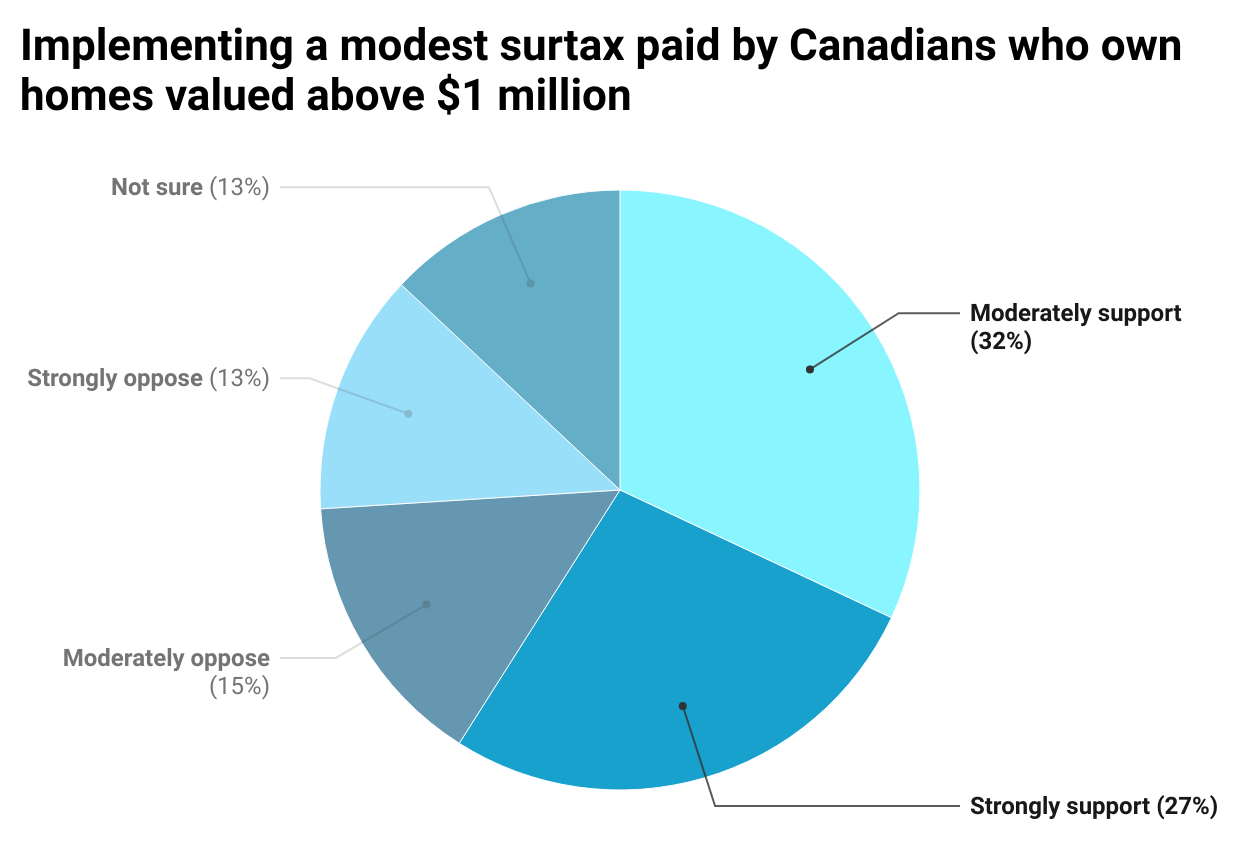 Our detractors seem to think that would be impossible to get public opinion behind the idea of a surtax on the most expensive homes in the country. But as you can see, our polling data suggests that there is no need to win a majority of the public over to the idea. A majority of the public already agrees with it! The only thing that remains is to convince our political leaders to implement it. If you haven't done so yet, we hope you'll join Gen Squeeze in doing just that.

* Gen Squeeze commissioned Research Co. to conduct an online survey of 1,010 Canadian adults from February 17-19, 2022. The data were statistically weighted according to Canadian census figures for age, gender, and region. The margin of error—which measures sample variability—was deemed to be +/- 3.1 percentage points, nineteen times out of twenty.

** Updated data suggest that homes worth more than a million dollars now comprise 12% of real estate in Canada, due to continued price escalation.